So we can get Pro Passthrough Material, but we dont have software to support it?

I am a bit dumbfounded that we can purchase Pro Pass through material without the functional software to support the pass through slot on larger cuts. Rather we have to train ourselves to manually align everything and hope we dont mess up the proofgrade material.

Seems like a case of the cart before the horse…

I have the pro, but i have not had time to learn how to do the larger cuts manually, which is frustrating!! I was hoping the software would be released soon…

Chicken and egg. An optimist might hope that the availability of large material could indicate the pass thru S/W is coming. A realist would say I’m stuck with manual alignment for now but at least I can try it with larger material. What is someone who says both is bad? 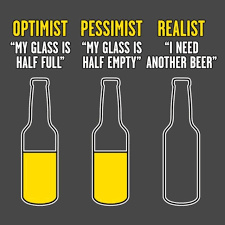 I’m betting we’re still going to have to break designs up into chunks that will fit on the bed.

The manual alignment is really not difficult at all - there are a couple of tutorials that outline what to do:

So I got my Pro right before Thanksgiving. I won’t go into too much detail since there are still folks waiting, but…Wowzers!..Yes, it was totally worth the wait.

I had an unrelated computer issue that kept me from playing with it for a couple of days, but i got that squared away, did a little Christmas gift prep, and finally got around to trying the passthrough slot for a couple of small test runs. I essentially used the method laid out by @johnse here, Passthrough Alignment with Manua…

re: breaking up into chunks - I questioned earlier about how would you determine a path that might be defined by nodes outside of the “print” area, but that was for current-state GFUI and manual edits. It actually would be fairly simple to “mask” the print via software so that it only used the workable area, but still accounted for the details outside of that area.

I’ve got a little background in graphics software design involving vector-defined paths, and had to solve this exact problem when I “adapted” Asteroids for a raster-based video game system.

Will bet you $5 that once the pass thru S/W is released as working (not a Beta version 0.23) we won’t have to break up the image. No bets on how well things will work or precision but breaking up the design automatically is a basic requirement. They know that.

I don’t know how they’re going about it, so maybe that’s already in the works.
I’m leaving the sausage making to them…it’s their gig.

Will bet you $5 that once the pass thru S/W is released as working (not a Beta version 0.23) we won’t have to break up the image.

I call again for “beta - dot - glowforge - dot - com” to let us test some more bleeding edge features. I’ll sign a waiver that says “it’s on me if I burn my glowforge up or waste materials” if it gets me access to a new/better UI, etc.

What am I if my reaction is “Are you sure that’s beer?”

They’ve been selling 12x20 sheets since the store opens – larger than the current beta software can accommodate. Same difference, imo.

I imagine that will correspond with support/functionality for clipping masks. That’s the only way I can think of doing it.

I vaguely recall seeing somewhere in the last year a craft-y tool that required the use of a special grid-covered tape that you would stick to your project and it allowed the tool to track where it was as things moved around. I remember I thought it was kind of cool; I don’t actually remember what kind of machine it was or what craft it helped with.
But it was cool.
Anyway, my sad inability to remember anything aside, my bet is that if they come up with a solution to handle long cuts without forcing you to break up your image, it will have to use some sort of optical aid like that.
I’ll let you all know if I rediscover it.

I’d say you mean the Shaper Origin: https://shapertools.com/ - that one’s on my list to sneak into my budget somehow…

That’s it! I’d just found it and was about to update the post but you beat me to it!

Yea, that is a slick machine…

Yes slick indeed! I’m lucky enough to have one. Compliments the

I don’t understand why. Engraves are totally a left/right process and then you skip to the next line. If the GF does the entire motion path for an image then the only difficult part is aligning a first and last left right scan each time you push the material thru the slot a little further.

The cuts are more difficult because the S/W has to create a new start stop point for any vector that crosses the break point.

Whether we use clip paths or not is no more important to those processes than now. (It would be easier if I provided diagrams but really not that motivated.)

Software clips at the bottom of the engraveable area (which is a moving target). But since the clip path is defined from a coordinate perspective, it knows exactly where to move the remainder of the file up, and then clip that design from the top and if needed, bottom.

Same thing with a raster. Clip paths make an easily definable area for the software to do its thing automatically.

Thanks for putting a tutorial together Jules, from my board stalking you seem like one of the most helpful users around

Understand what you are saying but I think our disconnect is that when folks talk about clip paths here they are normally discussing how it is implemented within 2D S/W packages and how GF interpets a standard. GF might do something similar to clip paths to solve the pass thru problem but it really has nothing to do with them implementing clip paths from AI or other 2D packages.

Obviously my opinion or guesswork. So feel free to disagree.