So we can get Pro Passthrough Material, but we dont have software to support it?

I recall something like that as well UrJac, i will have to see if i can recall what it was. I could see them printing a reference grid onto the masking of their proofgrade materials. Later on I could see a roll of tape you could paste along one side of the piece to provide a frame of reference.

If the software is clipping to generate secondary SVGs, then the software will be capable of handling clipping from other sources. To generate them and to read them would be part of the same functionality. Two birds, one stone.

Looks like that bottle is twice as big as it needs to be. Very inefficient

I suspect they might be having some issues with the camera parallax, each camera might have slight variations. They might need a way to calibrate each glowforge’s camera parallax profile.

Perhaps the camera is not sensitive enough to detect really fine details in order to align the resumption of the cut. This issue might be compounded by non-proofgrade materials having varying heights which might interact with the unique parallax profile of each camera/lens.

I wonder if it isnt the software alone, which might be a reason it is taking so long?

Ok so that is a whole lot of uneducated supposition, shrug.

You are assuming that they would generate secondary SVGs in the process. I was not. My mind sees it a different way. But, if I have learned anything it’s that my ideas of how something should be done is only relevant if I am the person responsible. Never been one to worry about whether someone plays a left or right handed guitar. Still works for me.

Used to direct a ton of S/W folks. Yep, I had the power to micromanage. Only an idiot would do that.

It’s always interesting to see the different approaches people would take. The one thing we know for sure is that we have no idea what approach they are taking…

@dan, you’ve got folks wanting to sign up to Beta again for the passthrough slot action. That non-disclosure situation and having people volunteer worked out pretty well the first go round.

That’s how I’d approach the problem. And they need to support clipping paths at some point anyway because there’s a ton of stuff that needs them.

But slicing up the file is the easy half of the passthrough problem. The vision stuff for the alignment seems like it will be the harder part, given how much trouble they’ve had already with camera and alignment issues.

Pretty sure the intent was always to use the head camera for pass thru alignment instead of the fish eye lid cam, but understand the skepticism given the history.

You missed an option 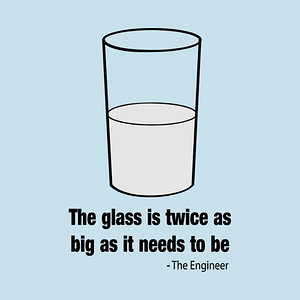 I’m lucky enough to have one.

I bet it’s fun. They aren’t actively selling them, may I ask roughly what that went for?

Yup, they are finishing up on the second round of pre-orders and you should start seeing them for imidate delivery in the next few months.