Software Used for the Globe Lamp

What software and process was used to design & “slice” up the cardboard globe lamp from the intro video?

I don’t have the exact model they used, but with a little DTP love it could be made the same. 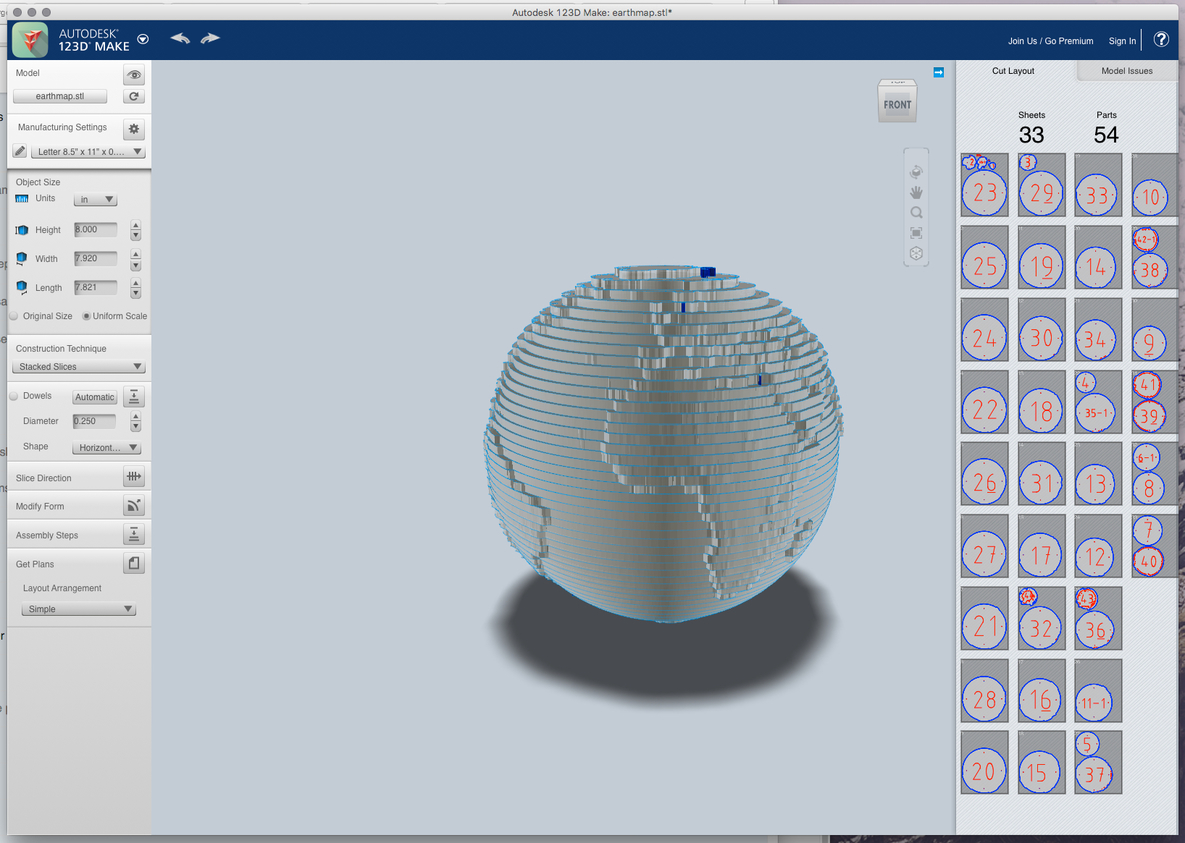 That is cool. I had not seen that app before. Thanks!

Nailed it @karaelena! 123dmake is awesome with Glowforge. We even had someone do a 3D scan of themself with a Kinect, put it in 123dmake, cut it out of cardboard, and make a bobblehead version of themself with it.

This is what you’re going to offer as the tutorial item to cut out of the box the Glowforge comes in right?
A bobble-head Dan?

Be careful what you wish for.

if you have the space to do so, you may want to think about keeping the box, just in case you decide to move, or want to transport the GF to an event or a friend’s house. I moved twice last year, and I was extremely happy that I had the original boxes for several items… and frustrated that I had not kept more. OEM boxes are often way stronger and better than cheap single-wall moving boxes from uhaul or where ever (if you could even find one that was an appropriate size)

Not just the box. But also whatever is placed inside the laser. You absolutely do NOT want the laser tube to bump anything AT ALL.

The guys who built a laser cutter in my class last semester transported it across campus. At their final destination as they were going around a corner to get in the last door, one of the wires to the tube caught on the door frame and they noticed it ALMOST immediately. The tip was moved maybe 4mm, and it was enough to pop the vacuum seal on the tube and destroy the laser. (Which was especially unfortunate since the backup laser had arrived broken in shipping, and they had moved it expressly for use in a showcase demonstration)

That tube was a “cheap chinese laser tube” But I do not think glass tubes vary too heavily. So you REALLY do not want to allow the internals to slide around during transport. The motors ought to have enough tension to hold the tube stationary, but if they ship to you with anything inside acting as a brace… guard that anything with your life in the event you ever want to move the forge.

@jacobturner I like the term “forge” to describe the machine. It’s better than GF because I keep reading that as “girlfriend,” which can make for some funny phrases:

My GF can give off noxious fumes, so I plan to attach a hose to the backside and vent it out the window.

Before you stick anything in your GF, be sure to check if it contains chlorine.

When it comes time to move, be sure to pack your GF in a sturdy box.

I can’t wait to take a dremel to the sides of my GF.

Thanks for the tip of 123Make. That looks to be handy, and the price is certainly right. Installed and ready to go!

I have the EXACT same problem

So often spell it out or abbreviate only down to Forge 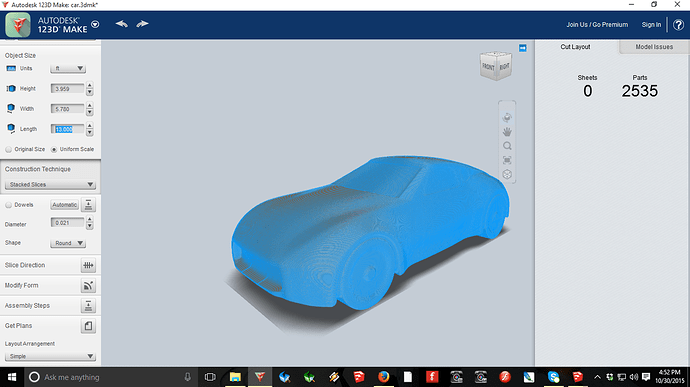 After watching a few tutorials this evening, I used Autodesk Fusion 360 to create a sliced globe.

Here is a PDF with all of the pieces:
Cardboard Globe.pdf (1.6 MB)

Please note that this PDF does not represent the most efficient way to cut out all of the pieces as it currently has 22 pages (each 11"x19.5") and quite a bit of unused space on most pages.