Some Lines Not Engraving?

Hi there, pretty new user here also new to Inkscape and I was working on my own logo. My first design cut perfectly, but after adjusting the design, Glowforge is now acting like it doesn’t recognize some of the lines even though it shows them in the preview. They were all set to engrave but some random lines are not being cut (scored, engraved, etc) at all). I tried on different material too and it still missed the same lines. How do I remedy this?

I attached my svg file for review. Since I’m new I’m sure this isn’t the cleanest design but can’t figure out the specific reason why some of these lines aren’t being laser cut. 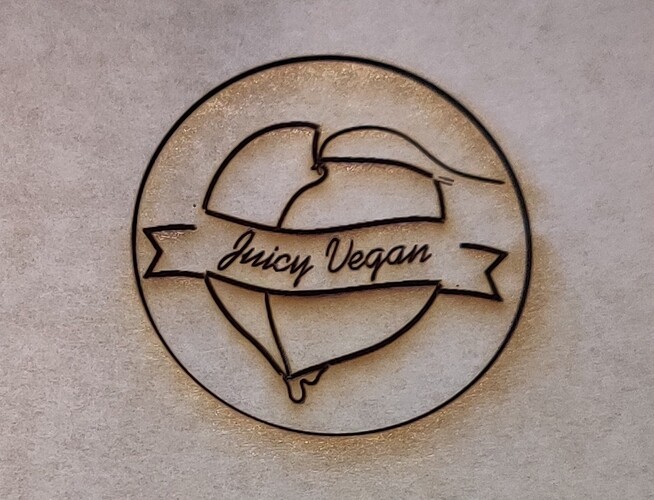 That could be it then, weird that a duplicate line would make it not cut at all

Yeah, it’s how it works - duplication automatically shuts it off - and yeah, that’s the problem. I’ll upload in a second but: 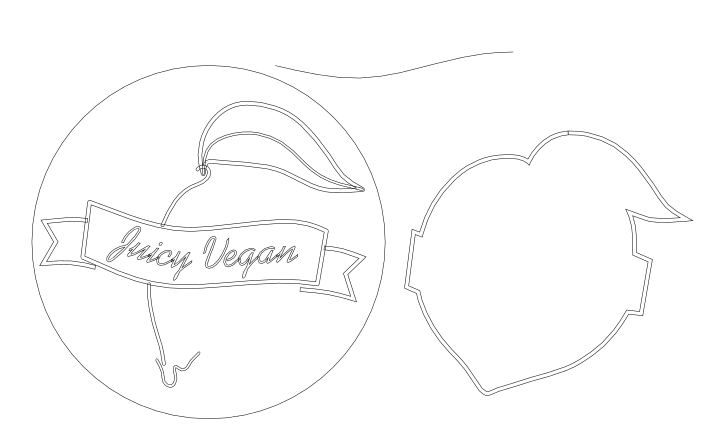 Duplication is also why you’re getting the weirdness at the leaf. Now - you’ve got them as engraves, so if you’re going to do that I’d suggest you just make those into a a raster, and only leave the red cutline as a vector. It’ll fix everything in one quick swoop!

Thank you for the excellent tips, @deirdrebeth! I’m going to leave this thread open for a day or two to make sure @vegg33k has what they need. Please let us know if you have further questions.

Thanks! Can I suggest that Glowforge update their software to still “print” if there are duplicate lines? Especially when the preview image appears complete but then the final product has weird gaps. I’ve been playing around with Inkscape and this limitation is adding a lot of extra design time. Thank you!

a lot of extra design time

It’s literally a 2 button fix in Inkscape as pointed out above - and please no! because cutting twice is twice as likely to lead to fires.

Sorry, I tried that again with an updated design and can’t get it to work right. It either does nothing or erases the wrong lines. I drew the fruit, then the banner, and then when I used the path union command or other variation it removes the wrong lines (for instance it will leave the outside of the banner at the edge of the fruit but the lines of the banner in front of the fruit disappear. I tried cutting some paths and readjusting the lines but it’s hard to get the lines to match up just right without either overlapping or leaving a gap. Sorry I don’t really know how else to explain it. I get what you’re saying about cutting twice, but maybe then if it detects an overlap just cut one path?

If you are trying to engrave the design inside the circle, just create your design and then rasterize the inside design. (Leave the circle outside as a cut line.)

To rasterize the design, select it and choose Edit > Make Bitmap copy. Then shift it out of the way so that you can delete the original lines underneath. Finally, align the Bitmap copy with the outside Cut circle, and save the file again as an SVG.

Doing it that way does not require you to join anything or match points perfectly.