I imported a third party DXF into Inkscape and cut it on Glowforge. There was outline text, a text letter that had stroke but no fill, used to number pieces. e.g. “C2”. Since it was an outline I could only use ‘score’ or ‘cut’. I chose ‘score’ and got some crazy results. Simple characters like ‘A1’ came out acceptable but with visible double burn on the corners. Other characters like ‘C2’ cut completely through the material! All the characters were on the same layer in the app and used the same setting.

When I investigated the source file and zoomed in all the way I noticed that the ‘C2’ characters were split into tiny straight line segments. This is really zoomed in so the line segments appear thicker than longer even though they are 0.005" stroke. 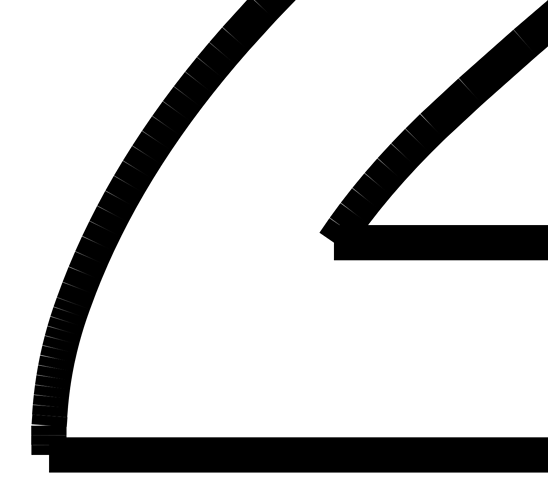 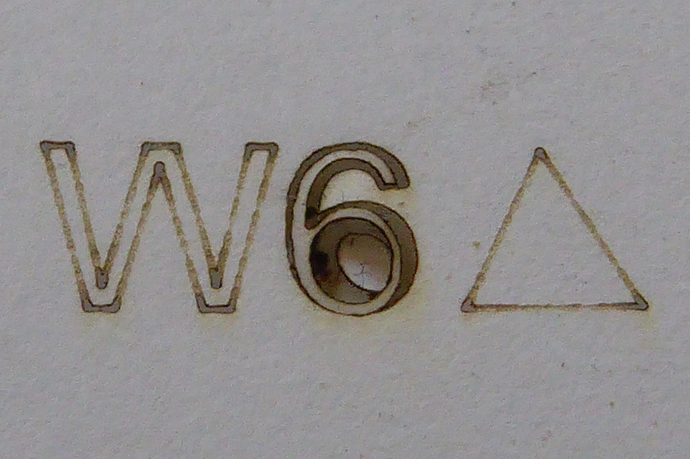 segmented_text_burnthrough_foam1024×682 746 KB
In this example the number 6 movement was very slow in comparison to the W which is why it burnt through. Settings were Speed 500 precision power 1!

I have worked with G-code post processors (Fusion360) that implement curve smoothing and curve transformation into simple position movements (for machine that do not understand G-code arc commands). Couldn’t glowforge implement a similar post processor to stop things like this happening?

I ended up recreating the text as filled outlines and using ‘engrave’ instead which worked great but the problem occurs pretty much everywhere using ‘score’ or ‘cut’ on every material but is more pronounced on softer materials like card.

As another workaround I have been joining curves into one path to stop this from happening which works in some CAD programs but not all in all programs.

I see other people have reported this over a year ago:

I’m trying to cut some 1/16" maple hardwood and in the oval shape where the laser starts and stops I’m getting a slight indention and “over burn” mark. Since I’ve never cut this material before I thought I just needed to play with the settings, but everything I’ve tried results in the same issue. What could be the problem here?

I am cutting .45mm rubber. I have the heigh set correctly and have tried on honeycomb surface and a steel plate (accounting for extra height). I have tried multiple settings of cutting and power but anything that has corners it stops for a brief second causing this area to get burned more than the other areas. Also where it stops/starts gets hit with more power than the line. I also tried covering it with vinyl transfer paper. I been working with a cheap 40W chinese $700 laser before getting th…

Is there any update on a fix for this?

Sorry to hear about the trouble with inconsistent score results. I don’t have an update on a fix. However, I do have an idea you could try.

If you wouldn’t mind sharing, please email your file to support@glowforge.com and I’ll take a look.

Hi @ivan1. Your solution seems to be dependant on CAD software and not a general solution using Glowforge software. I only mentioned Fusion360 as example of something that could provide a possible solution IF GlowForge implemented similar curve/path optimization.

That’s a great idea for a feature - thanks for the suggestion! We haven’t announced anything like that yet, but I’m going to send it to our product team with a note that it came from a customer request.

I’m going to close this thread - if you have any other questions, go ahead and post a new topic. Thanks for letting us know about this!