Still having intermittent issues with cuts

I have cut three sets of these on the same proofgrade medium Maple and now on my third set it has decided it can’t cut through. The word part is that this was my flatest piece. So, it wasn’t due to warped material or anything like that. I haven’t even been reloading the app. I’ve just been putting in a new piece of wood and hitting the print button.

Have you cleaned the lenses and mirrors? Mine stops cutting through if I let them get too dirty.

I’ll give that a try. Each of these sheets is about 2.5 hrs of cutting. The first two worked perfectly. Maybe by the third one the lens was dirty.

Usually you can visually see that the surfaces are dirty. I don’t clean often but always glance at the windows to see if there is anything on them, haze, specs of dirt, etc. Then I clean. Can’t remember the last time I had cut through issues. And then it was because the material wasn’t held down or not PG.

Also, you can set the cut to Manual and then bump up the power or slow down the speed a bit.

Yeah, this was PG medium maple, it was flat, and the machine wasn’t that dirty. It is hard to know it hasn’t cut through until you’ve moved it and made it impossible to recut. It’s also impossible to know to change the speed or power when it has just done the exact same cut rwice before and done it perfectly. So, who knows?

It is hard to know it hasn’t cut through until you’ve moved it and made it impossible to recut.

That’s why the tutorials and such here recommend you not disturb the piece and use a pick (like a dental pick or a hobby one) to try and lift out the cut piece. If you’ve got the material held down by magnets (or pins) it won’t move when you pull the cut pieces out.

BTW, that’s not a GF-specific trick, most laser folks are used to needing to do that due to the vagaries of plywood construction.

Yeah, and I normally would do that… except this was the third time cutting the same thing. An oversight on my part and a malfunction of the tool.

In honor of…here’s a tool you need to get, because along with the Honeycomb Pins - they make this thing a 100%er… 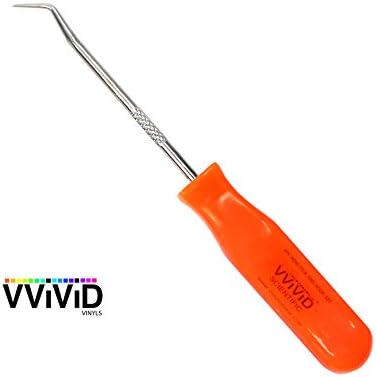 Thanks Jules! I appreciate it.

I know. I know. I have had this issue in the past. I just don’t know why it seems like my machine has a 10% fault ratio. 9 out of 10 cuts are perfect and then it just randomly does this. It’s not bad enough to make me want to send it back and wait.

9 out of 10 cuts are perfect and then it just randomly does this.

Mine used to do that. So I started resetting every cut to manual and moving the speed down 5 tics. Then I got lazy and it seems to be fine. Haven’t had a failed PG cut in a long time.

Which means tonight will be the night

@ryanspradlin Do you find that cleaning your unit usually solves the issue for those 1/10 prints that don’t cut through Proofgrade material?

Not really because sometimes I don’t clean it and the next cut is fine. Or, I’ve had the issue just after cleaning it. In this case, I believe the PG board was thicker than usual as it got the the far side. I measured the far left edge vs the far right edge after it failed and one was larger than the other. It wasn’t significant but it’s hard to say what is significant when talking about exact cuts. It happened to me again yesterday. I cut out the snap and store box on a piece fo PG medium maple and all but two of the pieces cut through entirely and those two pieces only failed to cut through on the outer edge.

I think this is the key. I need to set the cuts to manual and just slow it down. It cuts that last line on the edge anywhere from 50-100%. So, there will be spots where it cut through all of the way, just not entirely, and always on an outside edge.

It cuts that last line on the edge anywhere from 50-100%. So, there will be spots where it cut through all of the way, just not entirely, and always on an outside edge.

Hmm… What happens if you make the last line a different color and reorder it to go first? If that works then I’d start looking at power drop as a possible issue where it’s over heating but not pausing so the power drops and cuts don’t work.

I’ll have to pay attention to that. I have never really taken notice of when that outside cut is being made or if it is always the last cut that is failing. Good idea. I will run another test today.

That’s interesting. Would you mind sending me the measurements you recorded for the piece of Medium Maple Plywood from the print you referenced in the original post?

I sincerely apologize for the late reply, and I’m sorry to hear you’re still experiencing these problems. I’ve been looking into this, and based on what I can see there’s something I’d like you to do for me. If possible, could you take a video that shows the movement of smoke and air during a print - specifically near the printer head? It would be most helpful to run this print on a material like Draftboard or Acrylic.

I would also recommend cleaning once again, if you haven’t already. I extracted the logs from the print that failed to cut through in your report on 4/19, and it does look like there was some buildup of smoke and dust on the camera lens by the time the third print ran.

Yeah, I can take a video the next time I’m cutting through wood. The smoke/dust from the cuts does seem to pull up across the lens from time to time. Most of the time it pulls it down and away from the board when it cuts through. This may be the result of not cutting through completely and so the smoke has no other way to travel but up and across.