I had wanted to make this for a while now (in my head). Last month a neighbor down the street remodeled their kitchen and threw out the old counter top… I grabbed it off the curb and decided to try and make this. It is about 5 feet tall, all the letters were laser cut, hand painted and then glued into place. All “artwork” pieces were cut out intarsia-like, hand painted and then assembled. the black "outlines were 0.03 in. thickness. even the white in max’s eyes were cut separate (several times as I kept losing them- about the size of a human eyelash!!!) 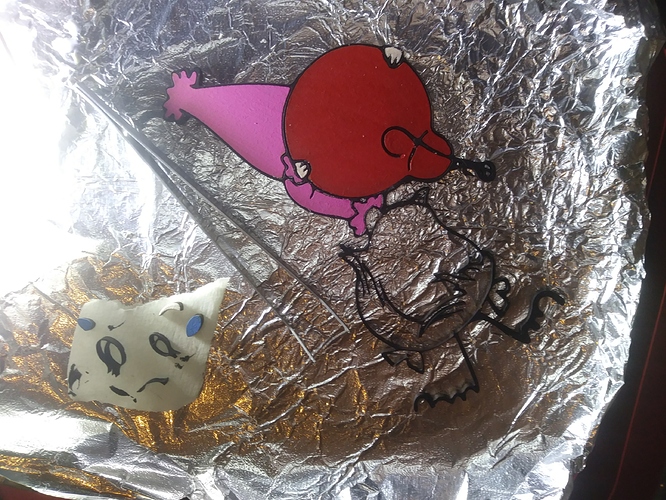 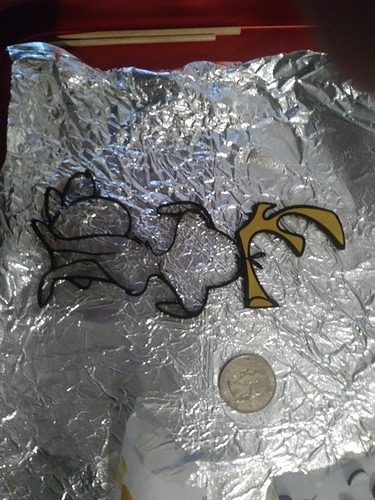 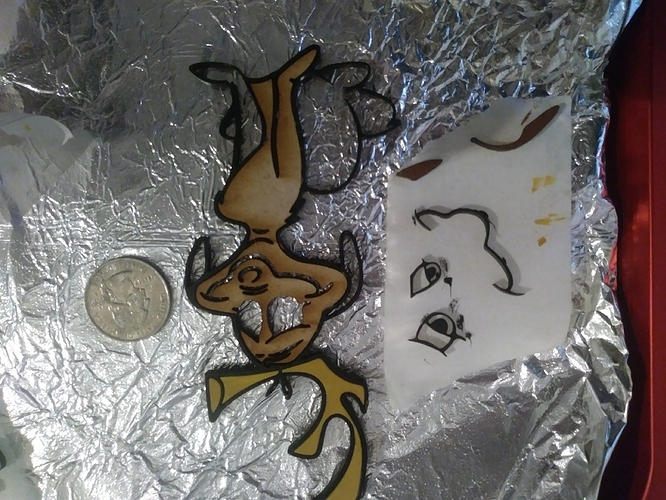 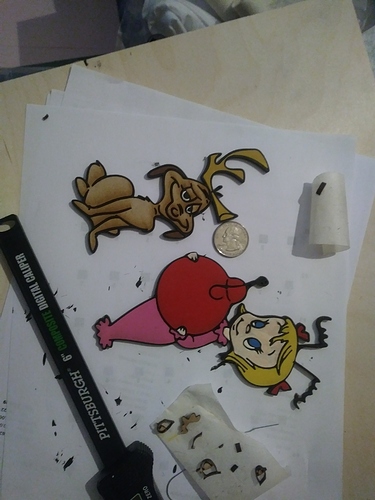 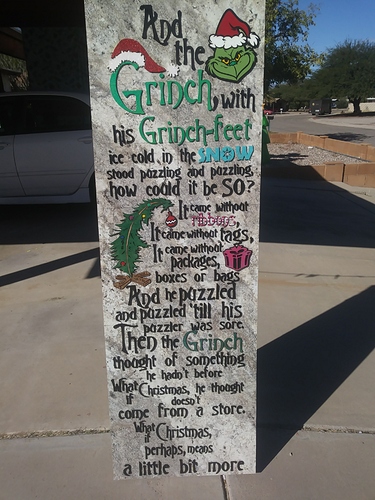 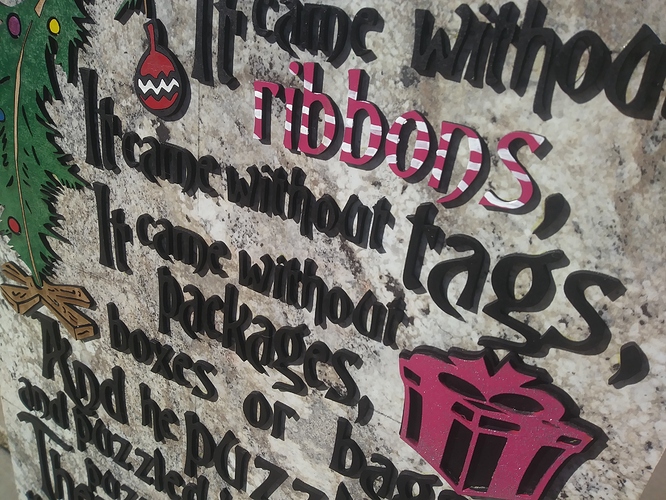 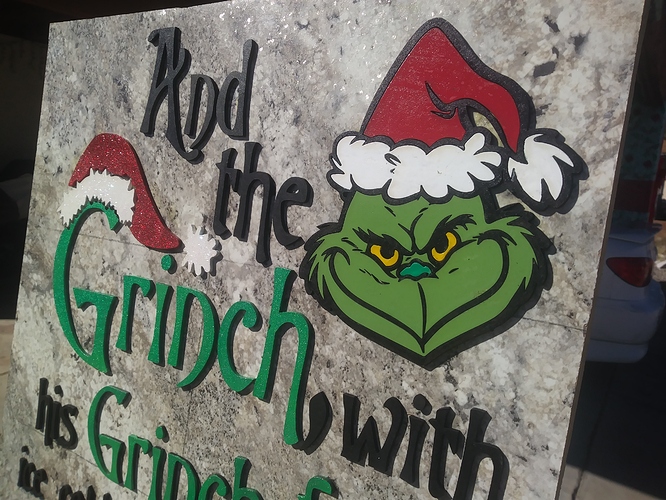 Also FYI… this was made for myself… not to sell …

That is quite awesome.

This is so wonderful!

That is pretty amazing. I had no idea where you were going in the beginning. I guess I thought somehow you were cutting up the counter (yeah, that makes no sense, but whatever), so I was trying to translate the size of Cindy Loo Who and Max to the size of your project. Anyway, really cool.

I’ll get another pic with them in place… still need to erase the pencil lines (for lining up the text when hand placing them). Still need to frame it somehow and in the air about how to seal it (The letters and pieces were all sprayed with acrylic after I had had painted them), but not sure how to seal the entire piece (what “sticks” to the countertop material?) Another option I’m playing with is to clear - resin it in 1/4 resin to seal the entire front… would be awesome it it would work!

Resin would look incredible, but that’s a lot of resin!

Is the counter laminate over MDF? Or something else? It’s hard to tell from the photos. Definitely google info on materials that will work against the counter top material. Epoxy resins are a good choice for most materials, and loads of products out there designed to go over counter tops to resurface them–so I’m sure the clear products should work fine too–though usually a lot of sanding is required to give the epoxy “teeth” that it can grab onto and adhere… so since you’ve not sanded it, you may want to build a giant “frame” and this whole counter top floats in that and surround, so the seal between the counter and epoxy is not as critical??

Anyway, I’m sure there’s a good solution out there that someone’s already done (there are lots of youtube videos about creating epoxy countertops with a variety of objects within the epoxy!).

That is jaw dropping! I hope it lasts 100 years

Amazing! I love it! The details and time that you spent on it -

This was quite an undertaking that looks great.

All I can say is, wow! (And we missed you @PlGHEADED)

This is EPIC! Bet it weighs quite a bit! You must really love Christmas! Cool thing is, you’ve not only created a decoration, but something that will be passed down for generations to come!

I grabbed it off the curb

Careful! The laws vary from town to town, but some say that trash is “private” until it’s actually taken by official trash collectors, at which point it may be public, or it may actually belong to the trash collectors. Silly, but Is it legal to take items out of someone's trash?

the black "outlines were 0.03 in. thickness.

Wow. Such detail! Looking at it I’d say TOTALLY WORTH IT!

Nah. Looks great without 'em! Perhaps preface the passage with ellipses if you want. But really it all looks great!

For the curb thing, it was for “Brush and Bulky Day” which they have twice a year in the city. Basically you can put anything from appliances and tree cut ofsf, furniture, carpeting, anything and the city will take it away free (instead of paying to take to landfill). During that week pickup trucks roam up and down the street grabbing appliances and bikes, scraps whatever before the city picks them up. Never really been an issue and far as I know perfectly legal (My old fridge lasted less than an hour on the curb… ended up running to help (a lady alone) stack it into her pickup truck!! 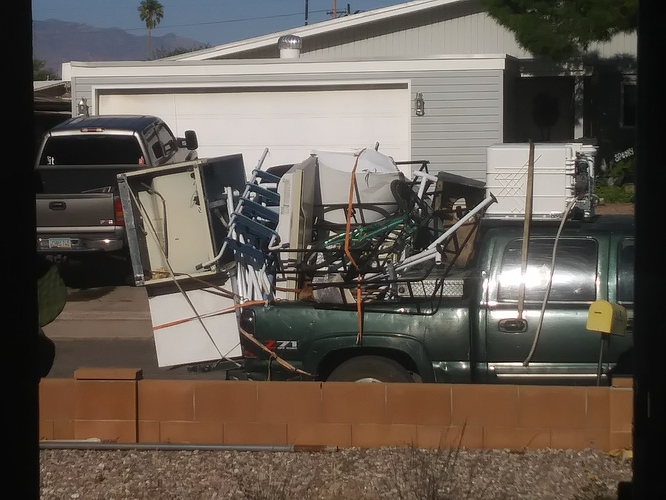 20191027_151831_resized2080×1560 942 KB
LOL that’s my fridge on the top pack of her tailgate. (Don’t know how leagal that is but is almost humorous to see the pickups scouring neighborhoods during Brush and Bulky week - at least stuff is recycled rather than landfill!!) I sometimes get pieces of glass (shelving table tops) to practice my sandblasting.
7 Likes
PlGHEADED December 14, 2019, 10:13pm #19 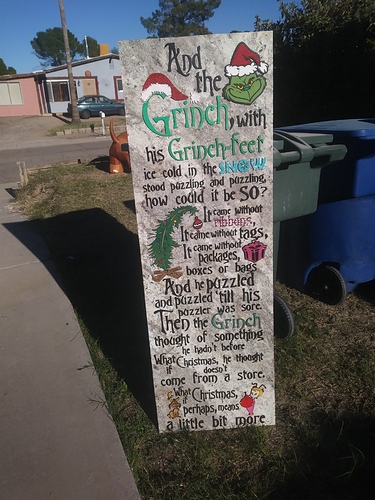 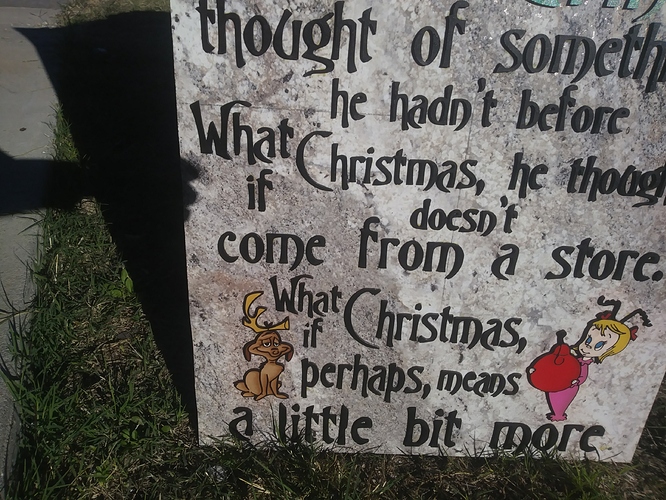 That’s so cool!!! I love the design! Great idea and great way to recycle!