A colleague of mine recently transferred to a different command at the end of his tour. Our command is relatively new and does not yet have an established system to pay for traditional farewell gifts so another colleague who has several 3D printers and I used our powers combined to come up with a little something. 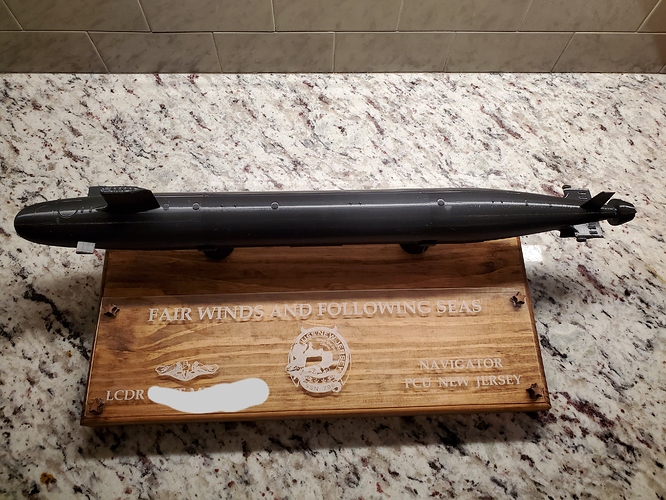 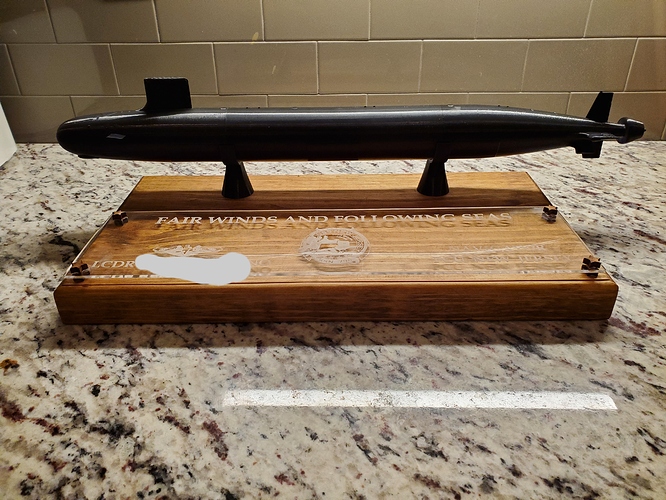 The submarine is a 3D printed model of our ship and the mounts are also 3D printed with threaded holes underneath so I could mount them with bolts through the plaque. The mounts are u-shaped allowing the model to sit for display, but also be easily removed for closer examination.

I tried several times to do the engraving directly on the wood of the plaque but kept getting crazy results due to the significant differences in density between the dark and light grain. After running 6 or 7 tests I got frustrated and decided to switch to acrylic. That worked really well when mirrored and engraved from the back, but mounting it to the wood was questionable. If I put it directly on the wood the engraving all but disappeared so I tried filling the engraving with acrylic paint and markers. Metallic paint pens gave an interesting effect but were not what I was looking for. I then decided that I would have to use standoffs for the acrylic, but based on time constraints I couldn’t get any in time. I ended up using some 1/4" thick stars that I had lying around that were scrap from a previous project. I used one set underneath the acrylic to get the desired offset and another set on top to hide the glue between the acrylic and the first set. I was really pleased with the results.

Sometimes it is trial and error reaching the final outcome. Well done.

For scale, the submarine is 2ft long.

the submarine is 2ft long.

Too big to be a pen anyway but a pen that looked like a submarine with several colored pens coming from the torpedo bays would be unique. 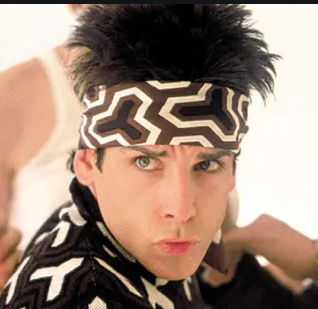 How can they learn to be sailors if they can’t even fit in the Sub?

Maybe it could be a submarine for ants…

It has to be at least three times bigger than that!

Too big to be a pen? Why! I think yay would be cool. You could rest it on your shoulder To make it lighter.

Gosh, what a cool project! Of course everyone will be wanting one now.

That’s beautiful! I can totally see why engraving in that wood was a PITA, the grain is gorgeous but also really noticeable. I think the stand-off acrylic was a beautiful solution.

and also 2 FEET long? It’s huge! I was guessing 8-10" presuming those were 2" tiles in the background. That is going to be one impressive going-away present…and I hope their new command comes with a big cabin

Not much chance of a large cabin in the submarine force. Even the captain is limited to roughly 10’x10’.

Too big to be a pen? Why! I think yay would be cool.