Suggestions for the DropCatch?

I have a person inquiring about cutting a DropCatch Magnetic Bottle Opener. It’s a 8"x3.5"x0.75" chunk of wood with a magnet and opener.

I’m pretty sure the opener can be removed (hopefully it’s not affixed). I’m sure that the tray will need to be removed (I’ll have to mess with that). My concern might be the magnet. I used to use some heavy magnets until the update for the temperature control.

Sadly, I won’t have one on hand until Thursday. I was going to do a test run with 0% power to see how the laser handles the magnet.

If anyone has done one of these, I’d be interested to hear your results. If anyone has any suggestions, I’d also like to hear those.

Thanks in advance!
Todd

It’s not clear what you’re asking. Are you saying you want to make something like it?

Explain a bit more about what you’re up to and I’m sure suggestions will be made.

I believe he’s asking if the embedded magnet might cause a problem during an engrave?

If the magnet is an issue - it seems like it would be a fairly easy thing to make from scratch with layers of wood, magnet and a purchased bottle opener?

If I understand, yes, the opener can be removed to accommodate engraving on the wood as long as the wood is 2" thick or less.
You may be able to orient the work so the air assist fan doesn’t ride over the magnet.

Apologies, I meant to state that I was engraving. The request was clearer in my head

Not planning on cutting one.

Assuming you’re buying one of these to engrave vs. roll-your-own, orient so the magnet end is towards the front of the machine and don’t engrave past about the center of the magnet area. You might get further depending on how big the magnet is. But my guess is it’s a pretty big/strong magnet based on the picture and the fact that rare earth magnets are dirt cheap nowadays. If the air assist fan passes over the magnet the odds are the job will stop and you’ll be left with scrap.

If you’re lucky, the magnet is just glued in to a pocket cut in the back side of the wood block. If so, you might be able to remove it.

It would be trivially easy to make one of these by stacking a few layers of 1/4" wood with an inner layer(s) having a pocket for the magnet. You could engrave the top piece of wood without concern for a magnet being inside. All you’d need is a magnet and bottle opener and some wood and I’m betting you can find everything you need at Home Depot, magnet, bottle opener, even wood… 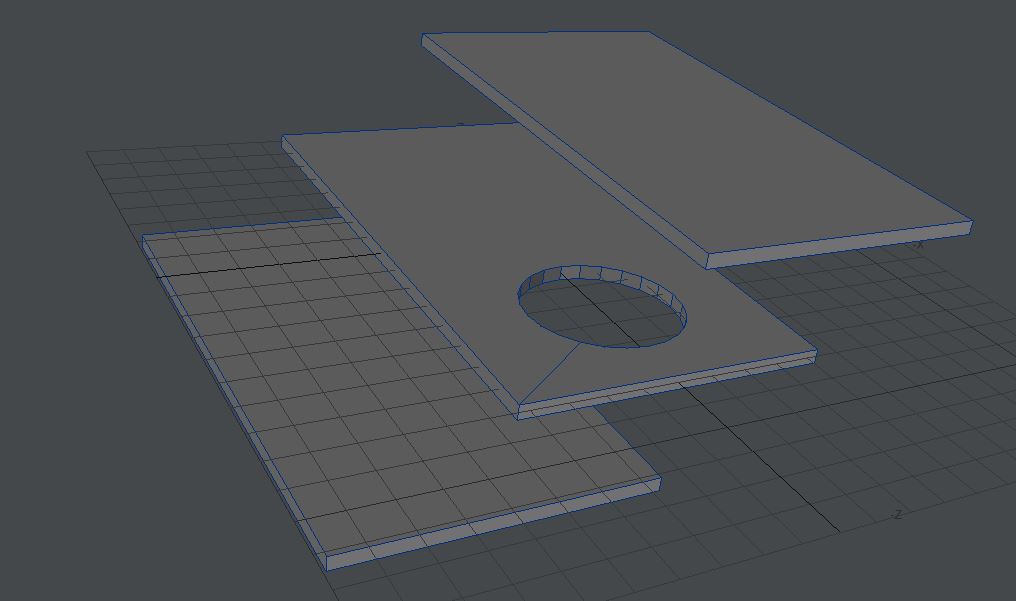 I would definitely make your own even if there was a way to remove the magnet. Short of that a thin layer of contrasting wood made separately and applied afterwards would be the superior alternative.

Just looking at the pile of tops you can visualize how huge the field would be and while edging on enough field to stop the fan, one has to think of all the chaos of any active electrical circuit moving rapidly through a strong magnetic field. Once I realized what I was looking at I found it quite horrifying.

The eventual field might be big but it doesn’t need to start out as large as every bottle cap. As sympathetic material is added, the fields of the atoms align and extend in that direction a bit.

At least that’s my understanding. I would however expect the initial field to be plenty big to mess up the fan.

As sympathetic material is added, the fields of the atoms align and extend in that direction a bit.

At least that’s my understanding

Actually that is the point of shielding, to collapse the field into the metal. Even as I sit here I have the magnet I liberated from a fancy cardboard container that was being thrown away, it was interesting that the flap had only a steel disk but I was surprised that the neo magnet also was nestled in a metal cup/shield that wrapped around it on all but one side.

Using a scalpel blade in an aluminum handle it is easy to get a feeling of the field strength and there still is a field but remove either plate and it is many times stronger and reaches farther.

With that fixed magnet MRI I worked on it would mess with a screwdriver and try to yank it out of your hand from 25 feet away but outside the 1/4" welded steel box you could barely detect it, which was good as the 18 wheeler trailer would have done to passing cars what the drop-catch did with bottle caps if the magnet was unshielded.

The technical how an MRI works is quite beyond me but it is measuring changes to the field and that screwdriver trick in the doorway would screw it up but they were able to get great MRI images driving down I-95 in traffic.

It is those sorts of understandings that drive my thinking on it.

ok now that’s cool. thanks. I learn so much from people on here.

I took out the crumb tray and stacked some spare MDF to get it about 1/4” tall. I put some masking tape to avoid burn marks.

I did a first pass at 1 power and all went well. No hiccups on the fan. Proceeded with Full Power as I’ve never cut real wood.

Engrave came out quite deep and sputtered sparks the whole time. Not sure if it was the finish, but smelled bad. Needs a little cleanup, but not bad. 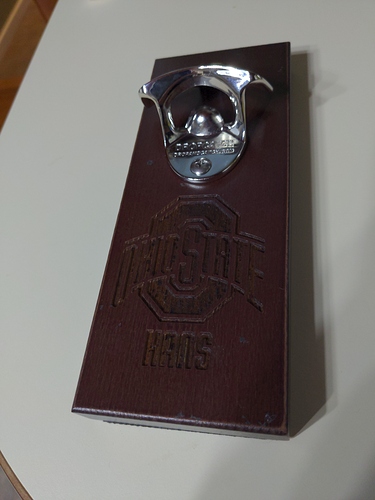