Svg has a border.... but it shouldn't

I am having an issue similar to what was described here:

Border around svg with new upgrade Problems and Support

The addition of the border is not automatic, so not the cause of that problem. If you have a square around an image then it is likely in the design software or a setting you changed.

I can’t figure out where this image outline is coming from; what am I doing wrong?

this image outline is coming from

It would appear that the outline is set to engrave, if set to score or ignore you should be ok,

the image that I want cut

You can only engrave images. vectors can be engrave, cut, or score

forgive me for using terms loosely… its a VECTOR image does that make you happy?

I just downloaded it and it’s not showing the border for me when I upload it to the GFUI. I did get this error message, though, which might have something to do with what’s happening:

It does look like you might have your settings set to ENGRAVE instead of SCORE – that would make the image appear to have a rectangle around it.

does that make you happy?

No need to be snippy…people are just trying to help.

Other than the CSS errors pointed out above, I don’t see an issue with your file.

What settings did you have for each step? I had the holes set to cut, the text to engrave, and the racetrack to score. 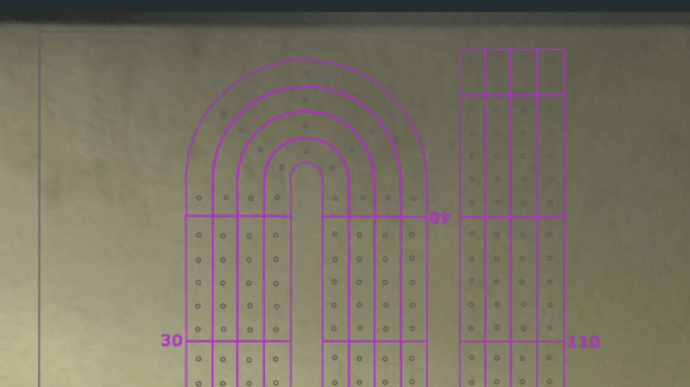 Without knowing what settings you are using, there’s no way to tell.

With what I assume are appropriate settings (that I posted above), i can’t reproduce what you are seeing.

im not sure it matters what I have my settings set to can you explain why it matters; no matter how I change them the line still appears around the image

also can someone explain why I don’t have the add art option? 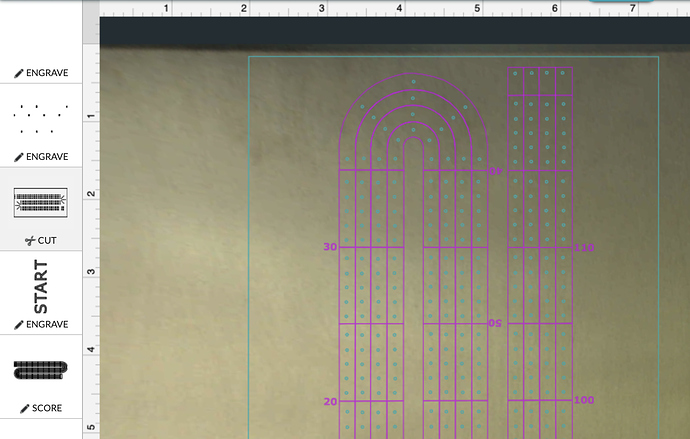 The file you uploaded here in your first post is not the one you have in your UI. It only has three print steps. Without that same file, it’s impossible to determine what the problem is.

The Add Artwork option is “behind” the (+) menu at the top.

I’m not sure what it’s going to do either, but that is because of how the file is constructed.

You have a lot of sections of overlapping vectors in it, and they are the same color, and that will tend to cancel things out, or cause errors.

I ungrouped everything as far as I could and deconstructed it to show you…the red Score sections are actually closed and overlapping…that can throw a wrench in the monkey works. 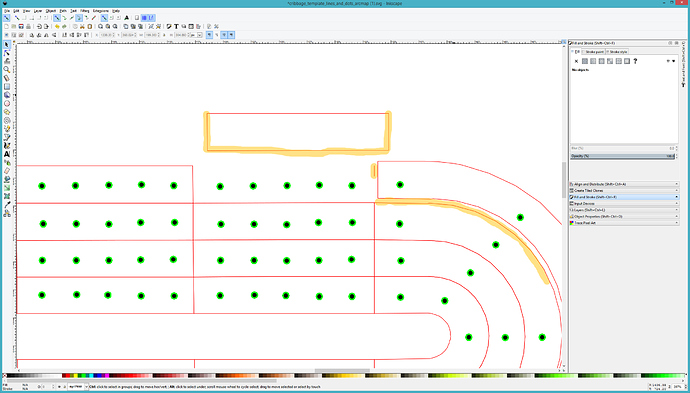 Areas with the orange brush strokes are where the segments of the design overlap, and that might be messing things up. If it does print, it’s going to double burn there, so you might not want that to happen. Try to fix those so that they are just one vector line. It will probably get rid of the outer rectangle. I think the cancelling effect is creating open paths, and the program is trying to close them.

There is nothing wrong with the file you included in the original post, so it’s likely a problem with the other files you added.

how so when the problem existed before I added things…

You mean that orange line that is going to cut-out the board? I thought that was on purpose.