At first I thought maybe I am doing something wrong or moving the object or something but now I know it is the machine. I have leather taped down. I made a cut, then realized I forgot to tape a different part, so i cancelled the print, opened it, and placed tape on another part of the leather, and I DID NOT lift or move the leather at all (the tape on the corners would have came up).

I close the printer, let it scan, then do auto focus again so it should be precise. I already notice that the app SVG does not line up with what was just cutout, so I auto focus again, but it still looks like this. I figure maybe it is just a bad image warp (which also is not good and another issue).
But no, it seems like the entire image has moved or something, and when it starts cutting, it cuts over a completed part, now ruining my already scarce leather (thanks to Amazon slowing down shipments).

See pictures. Now, part of this is my fault, I forgot to clear the one cut job that was already complete, but even if i didn’t, it should have cut EXACTLY in the same spot or very very close maybe I could forgive, but it is obviously off.

I was engraving bottle openers and I have 5 ruined bottle openers as well because of this issue and not being able to line up the SVG with the engrave perfectly. The bottle openers have a ‘ghost’ like effect, where it was double printed slightly off.

How do I fix this?? This is unacceptable. Let me also state that this is a NEW machine I’ve only had for about a month!

I know you’re sure the work piece never moved but is it possible you moved the artwork slightly? The artwork will appear to be off but that is just the camera distortion. and it should follow the exact same paths as before. If neither of those were moved then this is not normal.

I definitely did not touch the artwork. If I did, it would probably start overlapping the ones next to it, but the artwork never does

Yeah that doesn’t sound good. Sorry. Hopefully someone else with more experience can chime in soon.

And on the topic of terrible camera distortion, if this is another issue, this def needs to be fixed otherwise it makes multiple cuts/jobs etc impossible. See the image below. Just to make sure i didnt touch or move anything, all I did was lift the lid, close it, then auto focus again. The cut is so far off, and if I didn’t know that it is way off (like before today), I would try to align the artwork with the cut if I was trying to engrave something on top of it or whatever.
It makes this IMPOSSIBLE as you would then cut way off and not correctly

Have you successfully completed the lid camera calibration? Also, for precise placement on objects such as bottle openers, you should use a jig. I don’t know what happened after you opened the lid, but since you used set focus once again, it is possible the beam fell outside of your material which would change the cut.

None of those would actually change where it cuts, though, if the artwork isn’t moved. It might move on the screen, but if whickmant is connect that they neither moved the work piece nor the artwork on the screen nor bumped the laser head, it should have cut in exactly the same place.

but even if i didn’t, it should have cut EXACTLY in the same spot or very very close maybe I could forgive, but it is obviously off.

There are several things at issue. The first thing is you need is a good calibration. The need to have a camera so close necessitates the wide angle and the calibration creates the math to tie places on the bed to locations on the screen. If you have not done this or moved the Glowforge since then the reference of location to camera image will be off. I was not aware of moving the Glowforge but when it became off I redid the calibration and it is better.

Another Issue I have seen is that when I use the set focus it grabs where it thinks I picked. After everything is set, particularly if the material is thick, where that was can be quite far from where I thought I picked, in that case I do set focus again where I intended and keep doing it till things stop changing (and it usually goes much faster) Leather is also difficult to have a very flat surface so a fraction of a millimeter difference in height could move the apparent location making the consistent same set focus location more important.

Another technique most needed when such accuracy was nowhere close to what it is currently was to do a pre-score at full speed and between 1-5 power and see where it landed. Then I would have a distance and angle to move the design to be where it needed to be. It would look off but be correct. However I have not needed this in a while. 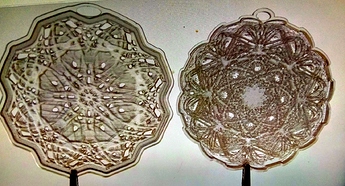 The machine is repeatably accurate to around 1/1000th of an inch, no matter how thick the material or set focus height.

Focus and material height do not change the location of a design, under any circumstances. They only change the image of the bed to compensate for parallax error from the lid camera.

If you’re repeatedly struggling to align a design, you need to use a jig.

You missed the part where I said I did not move the item, it is taped down. There is no “jig” for a 12x12 piece of leather.

Where do I find the calibration? I do not see it anywhere in the app.

A jig would lay over the material, so you would get perfect alignment for your print.

See this is the problem here, how can I make a jig when what is shown on screen is not accurate to what is real? Dont really understand the purpose of the camera if it isn’t even accurate.
The size of the bottle opener is 7". This SVG is also 7". But the artwork looks less than 7".
A normal person would assume I should increase the artwork so it overlays exactly what the camera shows. but doing that would create a cut out that is too large. Am I to assume i should just ignore what the screenshows and just go by exact measurements? (Which then, again, I dont understand how the camera helps here)

Just run the calibration. That will solve the camera issues, at least, and then we can go from there.

I have done the calibration now, but the artwork is still off. So I dont know if I am just to assume it will never line up and don’t trust the image placement (the part on the left is not shadow)

Are you actually using draftboard? The focus looks off to me more than the alignment.

100% using proofgrade draft. I’ve been saying the focus has been off since day one but wasn’t sure if they always are blurry. Should I try cleaning the lenses again anyway? Would that help?

This is the screenshot of the same part of my bed from the last project I ran. See how everything is off just a bit to the right? That’s what I’d expect to see if your alignment was off. Mine is slightly off. It looks more like that in your first picture. The fact that the overlay is smaller than the cut (assuming this is just post-cut) feels like the focus isn’t quite right. But this is really not my area of expertise, so the support folks will need to chime in (or someone else who knows more than I). 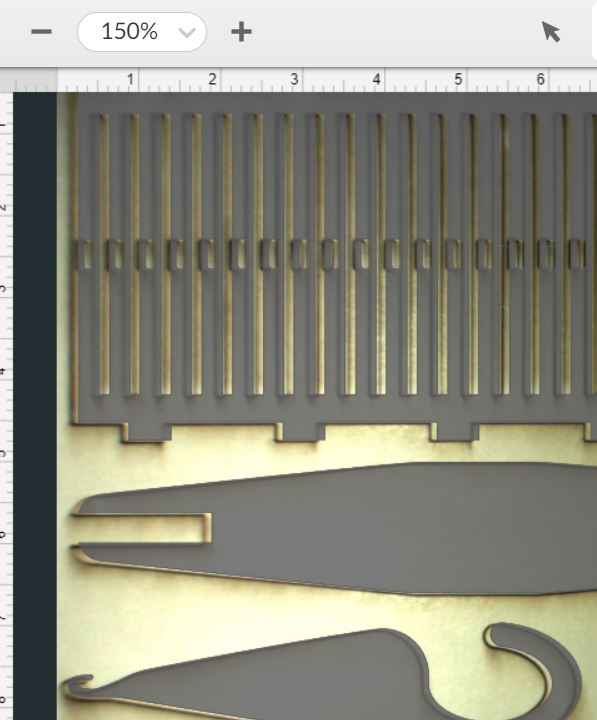 I ran something similar and before opening the lid it was bang on. After opening the lid the image refreshes and appears off. It is not! You could run this again (after using set focus) and it would be exactly where it was the first time as long as you don’t move anything.
Perhaps this is what you are seeing?