Made the X-Wing and Tie Fighter Ornaments

Learned a lot, too; learn from my mistakes! - Update, now in ACRYLIC, OOOHHH, AAAAHHH Made on a Glowforge

I’ve had my Tie Fighters and (surviving) X-Wings hanging in my office for awhile now. But the scene isn’t quite complete yet. 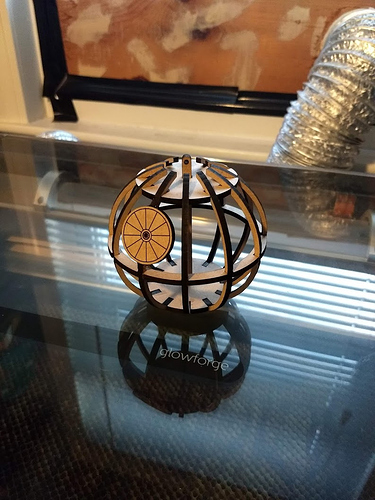 This has been on my list of things to make for awhile now, and it finally happened!
Less than 8mins cut time. About 30 mins of weeding and assembly.
And now I have a fully armed and operational battle station!

Here is a link to the instructables if you want to make your own. 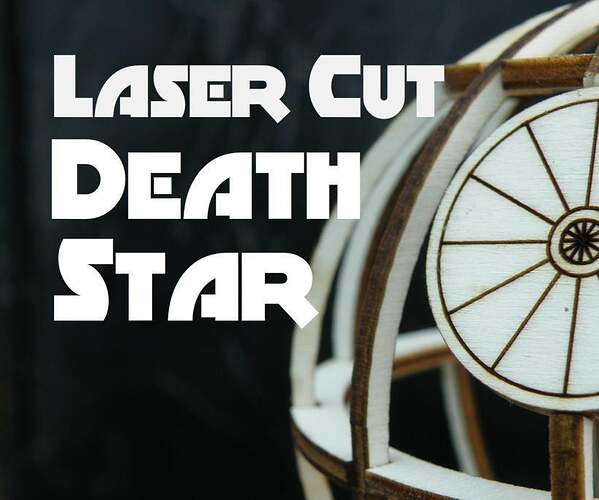 Laser Cut Death Star: I wanted to make a model Death Star (because, well, who doesn't?), but I didn't want to spend weeks recreating the original - I like minimalism; I wasn't after a detailed reconstruction, I wanted to make something that captured...

That’s a nice finish to a cool ensemble!

Still need the Millennium Falcon, otherwise the Empire will win.

So nerdy and cool. Simple, but awesome Star Wars piece.

I wish I could take a picture of my office, its great! I have this hanging in the corner with two fighters, and a lone X-Wing on the other side.

I wish I could take a picture of my office

Here is my shelf in my work office. No lasered stuff, but plenty of 3D printed Star Wars stuff. Lots of Wisconsin Badger crap too on the top shelf. Go Badgers! 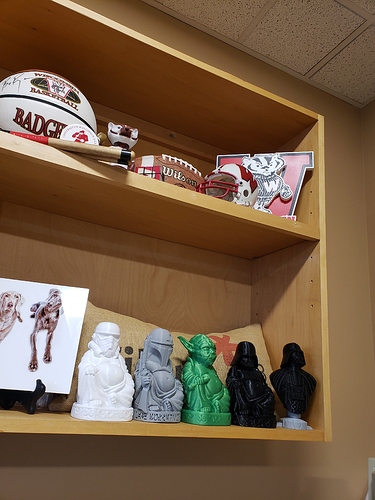 I’m so jelly of you people who have offices where you can have personal items.

Sure I may be compensated better than a lot of people with offices but it’s 8 hours on a sterile hanger floor.

Is that some photos of a Weimaraner, too?

photos of a Weimaraner, too

Yes! That’s Maximus and Dora. I lost Max in December, but Dora is still with me. Great dogs… (Aren’t they all?)

My in-laws had a Weimaraner, Molly. She passed a few years back, but she was a great dog! Very smart, too. She realized I made her do tricks (shake, lay down, speak) for her treat after coming inside, so she started to try to do all three at once before I even asked her.