After reading about the latest damage reports.

Yeah, @rubbersoul79’s was awful. My PRU came in fine (but that was FedEx two-day). Now I’m considering having them hold for pickup too. Just need to take the SUV to work that day so I can pick it up on the way home.

Yes. I even think the idiot had JUST destroyed it before he got to my house. If I had JUST gone and picked it up… Worst day ever. Blah

I didn’t get a chance to reply to your thread before it was locked, but I’ve got to say that really sucks. I guess it might be better than getting everything set up and then finding out that the tube was cracked, but only by a little. Hopefully you’ll get your replacement soon.

I feel for the company too. All the effort to get you a shiny new glowforge only to have it destroyed on the home stretch.
You may still be able to crank out some things for Christmas.

@rubbersoul79 - I saw the photo that you posted with the shattered glass, what a horrible disappointment. GF will make it right quickly, but the holiday may slow that down a touch. Hope you’re spending Thanksgiving with people that you love, and that it takes your mind off of this for a bit.

Yeah. I cried. I thought about getting it together for a minute then I thought… No… He needs to understand they aren’t just boxes of crap. Some of this stuff matters. I told them how long I’ve been waiting on it and how much it was worth. I hope this makes him do better. I will be picking up my next one however. Ugh. I HAVE A HOSE AND CRUMB TRAY THOUGH. GRRRRRR

about 15 days ago. Still waiting for my next UPS notice.

Well it arrived. Apparently the 3-7PM window UPS gave means they can drop it of at 12:50 for no reason. My wife was the only one home so it didn’t get inspected till I arrived at 3:00. Looks like two handles are missing and the box is shot up. Really that doesn’t bite me in the butt later. I really don’t want to pay for a new box. I guess that would be a @dan or @rita question though. Unit seems to be fine. 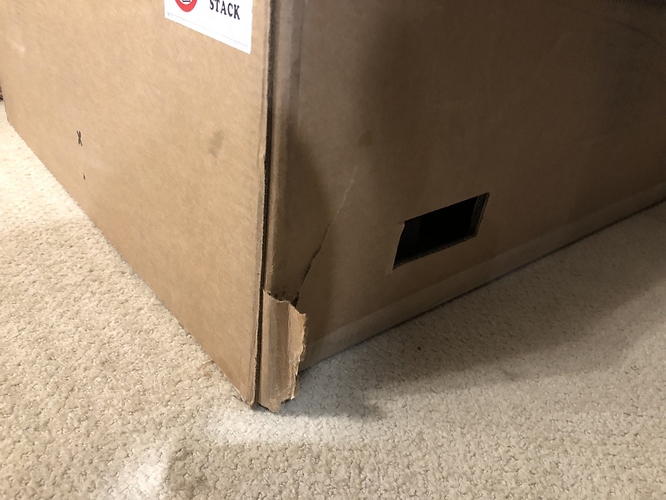 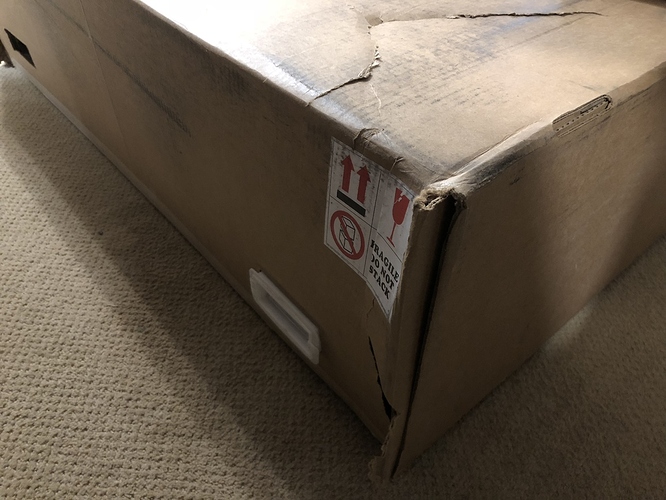 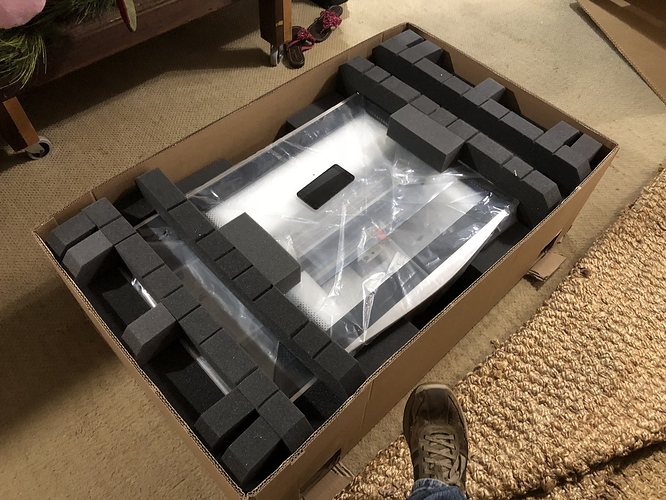 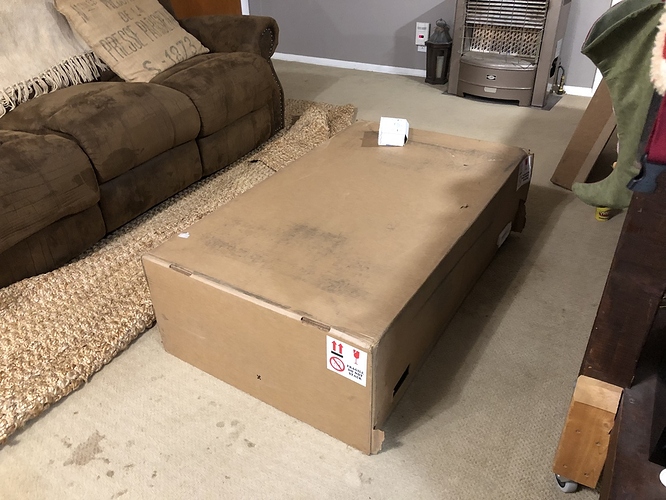 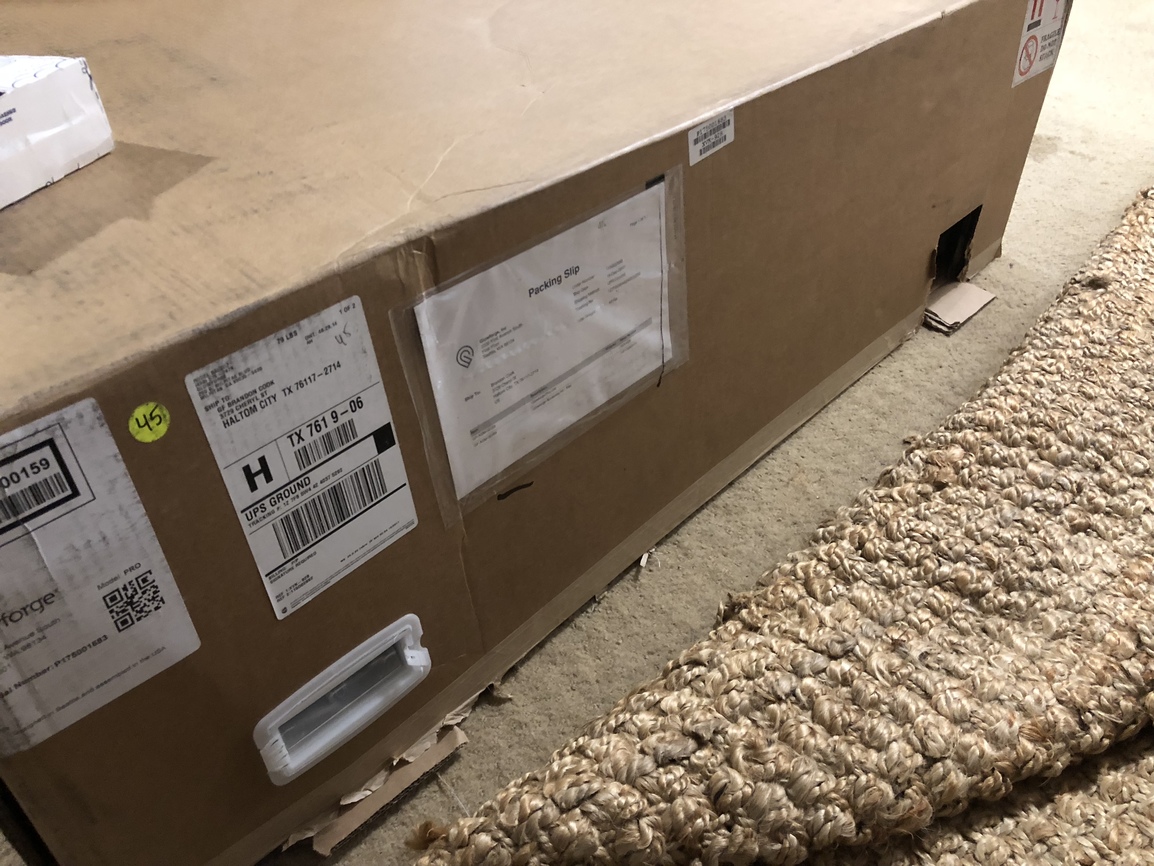 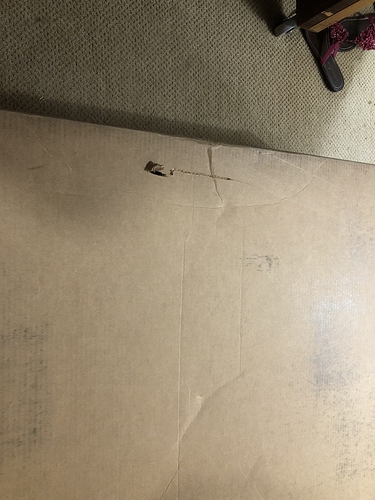 No big deal. Still quite usable. Just use a lot of strapping tape over the cuts if it needs to go back. It’s the foam that protects the GF. The single layer box just kind of keeps the elements out and the foam in.

Thanks @rpegg – if needed, you can tape the box instead of using the handles.

Thanks @Rita! I just got it to it’s home now. Check it out! 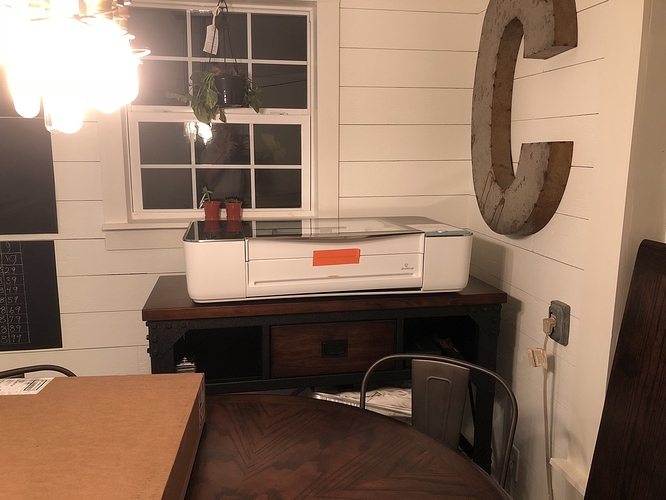 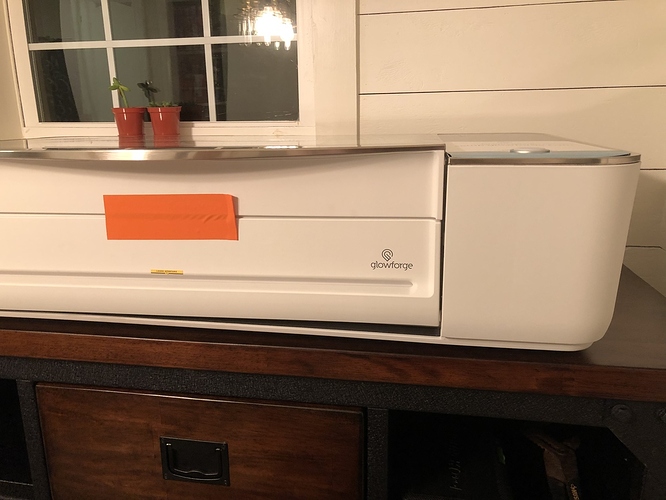 Ah oh. That looks worse than just an unlevel surface. The front bottom door looks to have popped out of the hinge.

Which thing is curved, the bottom or the door?

You’ll probably want to make sure your table doesn’t have a crown on it and post this pic in “problems and support” unless you already emailed support.

I think the door may be popped out which is twisting the lid a bit. I’m not sure though. 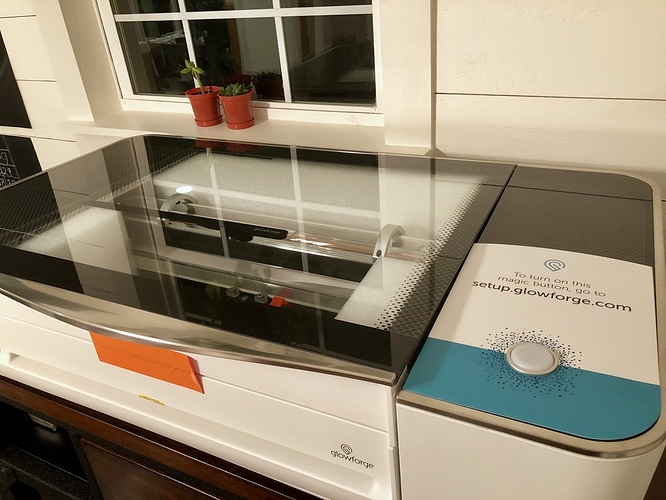 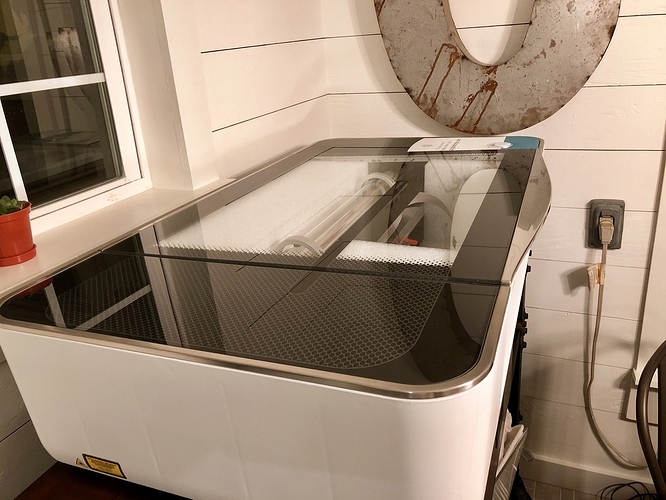 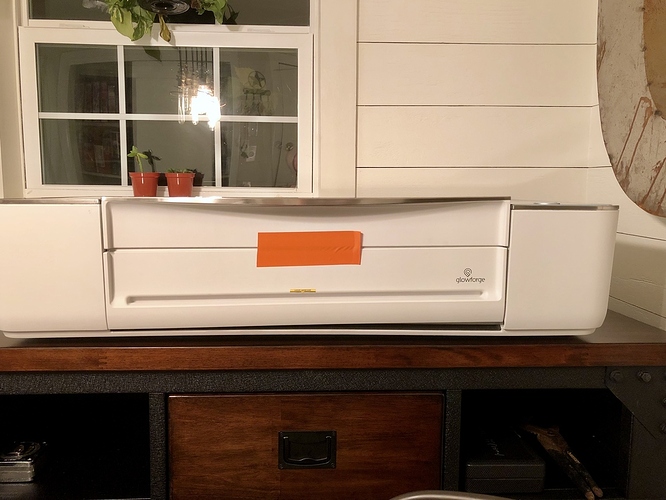 I’d try to pop it back in the hinge hole - there’s a molded pin on the door and a recess in the case for it to fit in. Others have posted they’ve removed theirs for cleaning or whatnot.

You’ll have to pull the orange tape off and lift the lid to get at the lower door.

Although I was in Saigon with the family for a week, the tireless support team was around nonstop all holiday - although I know support times crept up a bit.

You’re the coolest guy I know.