The latest in laser vaporware

We’ll see if this ever actually comes to pass. 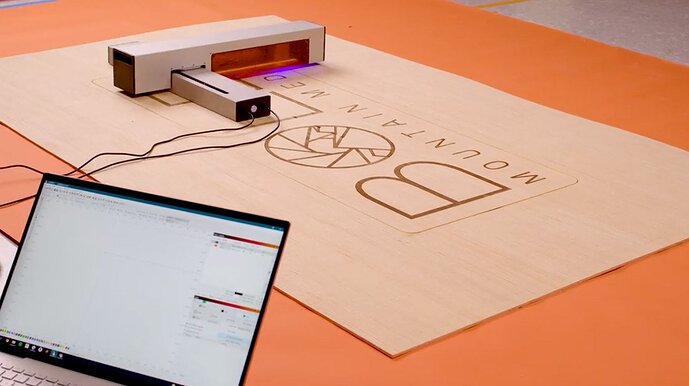 Laser cutters are useful tools to have in a workshop, but they take up a lot of space. Rendyr's Optic Laser Cutter folds up small when not in use, and its

Interesting concept, but that is a lot of money for just engraving.

Tested reviewed it recently. Not a fan or Norm or Jen but here it is. Marketing it as a “cutter” is like GF marketing as a “printer”…

I’ve been following them since before the kickstarter. I haven’t commit, it’s just that I was being bombarded with ads for it on Instagram. I like the idea of it folding up neatly and being portable.

I think the whole idea of having to use their filter is a deal breaker. Expect a $49 per month (or sooner) operating cost.

I’m still drawn in by the idea, but I was waiting until it actually came out. It seems to be able to cut a variety of thicknesses, but I wonder why it doesn’t cut clear acrylic?

Yeah however 4 passes to cut through 1/8 inch material is painful. Even then, according to the video from Tested above, it may not cut through everywhere.

Oh, I didn’t know that. The video on my end cut off just as they unfolded it and I didn’t care to go searching for the rest.

but I wonder why it doesn’t cut clear acrylic?

Diode laser. Glass and clear acrylic do not block the laser wavelength. It goes right through. 405/445nm wavelength vs CO2 lasers which have a 10640nm wavelength.

Oh! Thank you! I had no clue. I was thinking maybe there wasn’t a way to block anything that might reflect back, but I was taking a wild guess and I was way off.

Will be interesting to see as the months go by to see how diode lasers ramp up to the next level.

I’ve seen them improve a lot over the last couple of years. Just saw one that finally delivers a pinpoint (vs rectangle or square) laser and a beam width of sub-0.008". That lets a 10W (delivered - the input power is 80W) diode beam cut 1/4" wood (like walnut) in one pass. Under $650. They’re starting to reach CO2 laser performance at K40 prices. 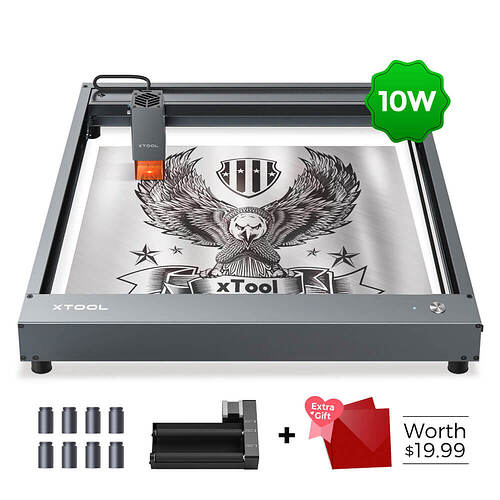 Another $140 gets you some risers and a rotary unit. 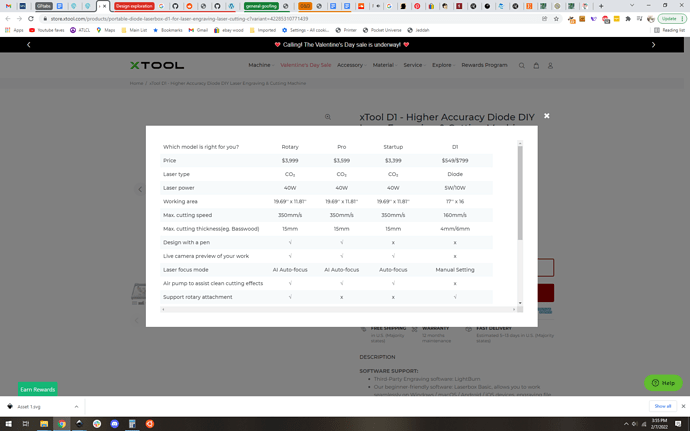 They say the diode can do 6 mm basswood, which I believe is a very low-density wood… nor do they claim it can do it in one pass, at least on this page. Their 40w C02 options can cut up to 15mm wood, which I also find suspicious (> 0.5"), but who knows. Maybe they have some trick.

(Consumer) Diode lasers are a long way from being anywhere near as capable as CO2, which are equally as far behind 'Fiber" machines.

Physics. Efficiency. You can’t get around science. It certainly advances but our machines are using 60+ year old technology. Diode lasers came about the same time, but at orders of magnitude lower power.

They say the diode can do 6 mm basswood, which I believe is a very low-density wood… nor do they claim it can do it in one pass, at least on this page.

There’s a YTer I follow who shows it cutting 1/4" walnut. He also shows a test cut in 3/4" pine where the cuts go more than 1/2- way through the wood block.

I don’t know what the speed is but it wasn’t turning the wood into charcoal like some multi-pass cuts I have seen in the past.

This could be a rare case of real-life expensive being better than the marketing.

Regardless, it’s a significant step up from the 5 or 7.5W diode lasers I’ve played with in the past. This one has me mildly interested in whether I might get it just to play, especially with the rotary.

Diode lasers came about the same time, but at orders of magnitude lower power.

Power of diode lasers vs CO2 or even fiber lasers are not directly comparable - e.g. a 10W diode is not 1/4 as powerful as a 40W CO2 which is not half as powerful as an 80W fiber. The wavelengths and tech involved make raw power comparisons inappropriate.

I don’t disagree, but (consumer) diode lasers are pretty much useless for cutting anything the GF can.

I just watched a YouTuber cut 9.65mm pine in 2 passes with this thing. Overall not impressed with it based on his review anyway.

I’m surprised @MyDogsThinkImCrazy doesn’t have one. Their open frames would make a lot of her clothing projects easier. She could lay the material flat on a table and just drop the laser on top. I have a friend who engraves things like barrels & barrel tops with an open frame Ortur diode laser.

I just watched a YouTuber cut 9.65mm pine in 2 passes with this thing.

I’m okay with everyone who wants to think our GF’s are just the best thing since sliced bread, but I find that to be a bit myopic. Low power CO2s like ours will be eclipsed by diodes at cheaper prices - kind of like electric vs ICE cars.