Thinking about folks getting double lines and Gimp’s great Puzzle machine, and the fact that both sides of a line will (usually) be used no matter how thin the line, I considered “what if you just gave it what it wanted” that is a wide shape that just had a line on each side? So I quickly made this. 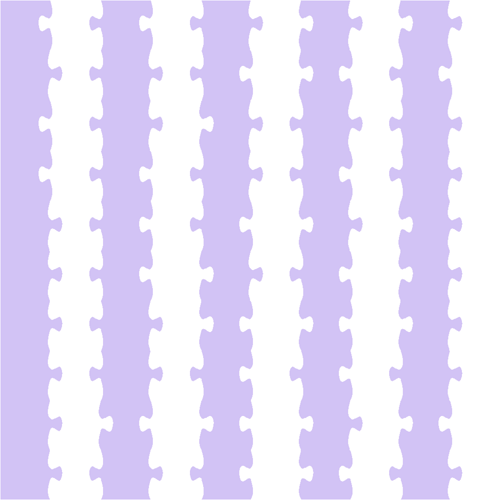 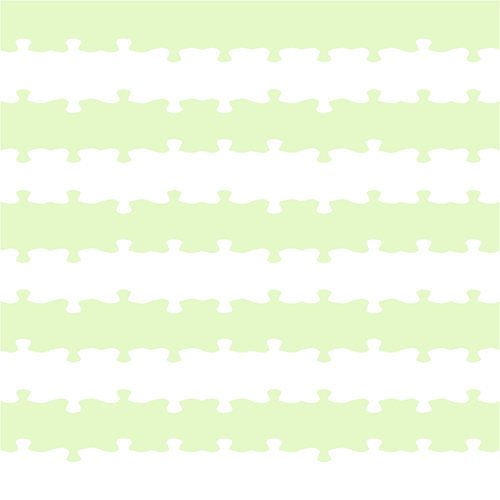 Though, I think what you want for the cut out is only lines on the white areas, the filled shapes likely already have cuts at the ends, right?

you can remove a line between two points so only the rest would cut or even extend them beyond the final square of the cutout a mm or so so it would not be a double cut but by cutting first the green and then the purple on top of each other you get nice square puzzle pieces with only a single cut along any side I saved off the .xcf and .pdf but it would not let me upload them.

I’m just really confused. This seems like an extra step, or several…

this is what you get with each piece having only the one cut, and each cut going the whole way instead of only cutting them one at a time 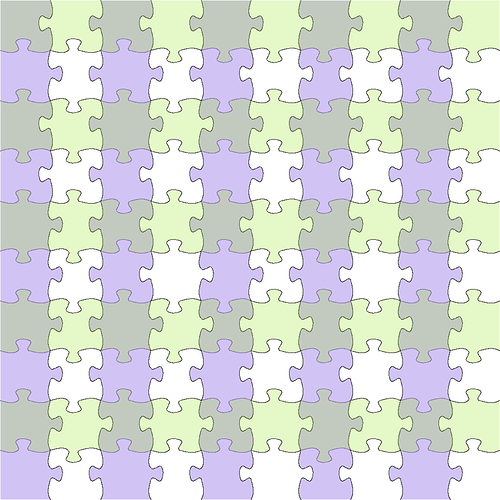 I’m just confused as to why it would be done this way. A standard ribbon cut is easy enough with just rows and columns and a border?

The problem is that if you give just the black lines to a program GFUI, Inkscape, etc it makes a cut on each side of the black line. Corel has the option of only one line but not the rest.

Using Gimp as Cool Tool Made on a Glowforge

[puzzle] the puzzle is a standard feature automatically done, and the path settings should produce a vector file so you should be able to do thousands of different random puzzles for as many pictures as you want to make, and all very quickly.

In point of fact I just cut that design and while I did not give it enough power to cot all the way through the proof of concept worked Great!

I did the file in the OP and made the outline in Inkscape then took out the straight edges in Inkscape and put a square around them there was some joy in seeing it make just one cut each going up and down and then a single cut each side to side and then the rectangle around the border and so connecting all the ends of the lines.

The one oddity was that it came in huge and had to be scaled down, and I could find no place in the GFUI to say the overall size of what I was cutting. I suppose I will have to make some sort of scale to drop in but I have already noticed that towards the outer parts what you see in the GFUI is not what you will get. This is a heavily mentioned problem so annoyed but not surprised.

BTW I have found a lot of places to use the technique. When doing 8 inch wide designs on a 8"wide board, I don"t want to burn the outer edges anyway so I blink out that section of the line and If I am doing a series of 4" sections of that 8" board I don’t need the backside either. however Inkscape does not allow consecutive sections to be without a line, as It eliminates the points as well so I leave tiny corners in place that rare 3 points each.

other software may hae a better way , but this is what works in Inkscape.