There is no worse feeling than software that fails you

I dont know why it chose to only score 1/2 the letters, but it did. See screenshot.
Everything is within 11 x 19.5 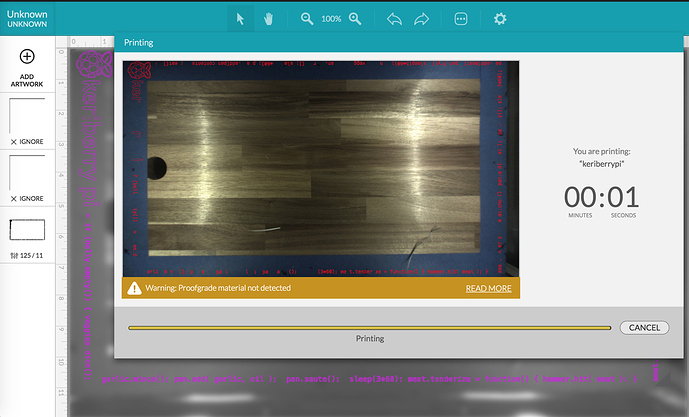 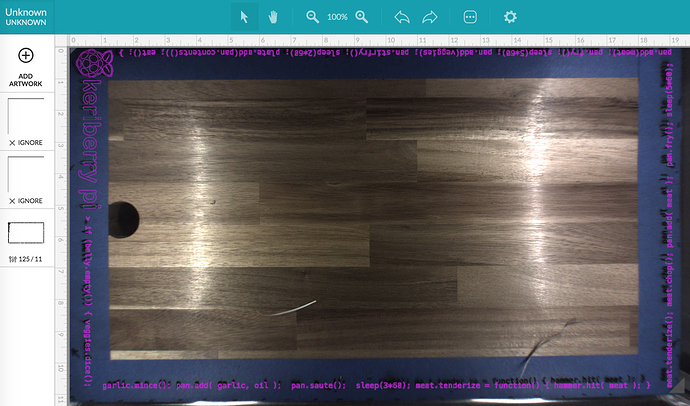 If you right click> save as> and zip it you can drop that here and it will work.

I hand picked out all the letters that had already printed, moved them outside the printable area so they turned grey, and hit print again. An additional 6minutes and going now… wish me luck. (looking good so far). 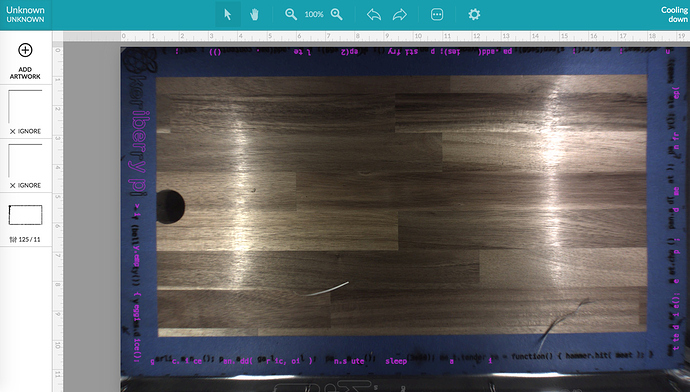 It takes a long time for the text to turn purple in the browser. I wonder if some of it was not yet purple before I hit print.

If this was the problem, the software should protect me from this mistake…

Took me two passes, and some nail biting tedium, but
Got the job done! 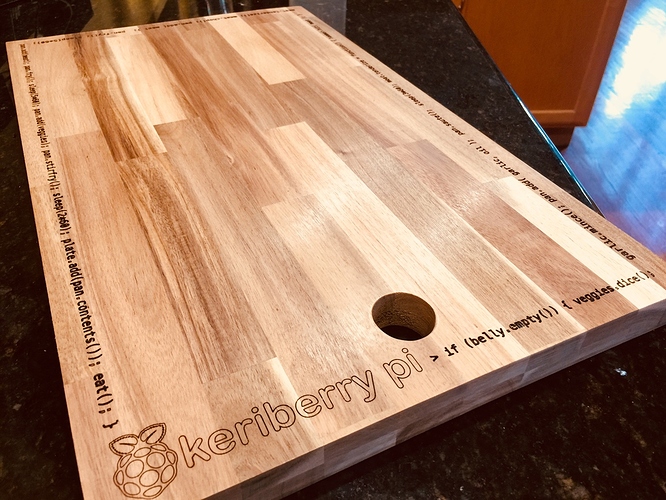 It’s an xmas present for my sister Keri who just started a comsci degree program. Shhh dont tell her.

Looks good! Bet she loves it!

That’s the first time I’ve heard of that particular error. Glad you figured out a work around.

What program did you use to create the original file? The file has an empty Base layer in it when I opened it in AI that has been known to cause problems in the past, so that might be what did it. 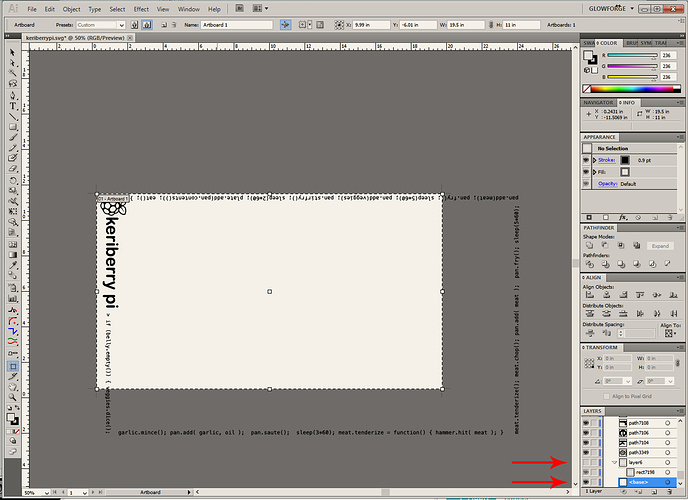 Anyway, just curious about what program was initially used to create the SVG file.

I used Inkscape. I noticed the size was off after loading into the glowforge app, maybe 1.5x what it should be. I see that for you this also opens larger than it should in Illustrator. Strange.

In inkscape all vectors are roughly inside the 19.5x11 area. Not sure why they load into glowforge/illustrator larger…

There is a hidden 1st layer that I didn’t want exported that was the size of the cutting board 19.625x11.75, light grey. I never saw it in the glowforge app, so I assumed it didn’t export.

I saved as Plain SVG, rather than as Inkscape SVG… 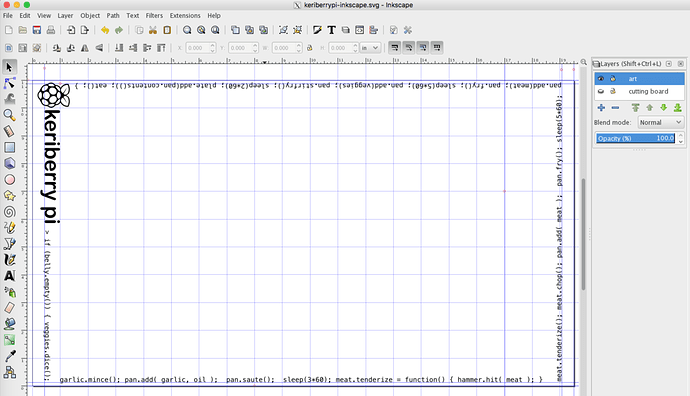 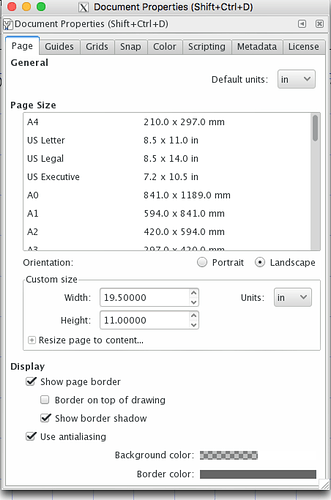 Yeah, i saw the hidden layer in AI…That is just odd. Do you have the latest version of Inkscape installed?

The mystery of scaling is solved. Looks like there was a scale factor in the file, that only shows in the newer 0.92.2 inkscape. 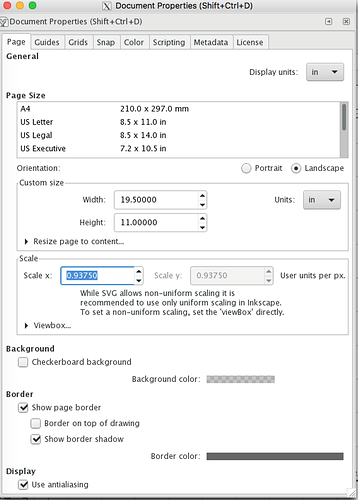 Still not sure why I only got 1/2 the character-shapes in the original print. I still feel like it is related to me not waiting for all the vectors to turn purple before hitting PRINT… Sometimes the UI is SLOW.

But it should protect the user from this… Maybe a good bug to raise for glowforge dev team.

I’m not sure that’s what caused it. They’ll look at it though, so it’s been reported.

There was some weirdness with the printable area limits when I was converting from Engrave to Score on this design, so that I could get it right up against the outer limits of 19.5x11 (engrave needs room to decelerate so can’t print as close to the edges… apparently).

It was strange, when switching to “Score” then selecting the polygons to move, I still saw the smaller limited mask from the Engrave mode. moving some stuff around, this mask finally expanded allowing me to position to the limits of 19.5x11…

That might be a more likely candidate for why some of the letters got dropped - the engraveable area is a lot smaller than the score area due to deceleration needs for the head…I would have expected more to be dropped though, not half of them.

Did the letters that got dropped extend down or have tails? Maybe they were actually out of bounds?

(By the way, if you want to avoid the problem in the future…if you make another one, change all of the letters to have a stroke color but no fill before you save the SVG file. Then it will choose a cut operation instead of an engrave, and you can convert it to score.)

Well, I ended up not doing engraving at all. I converted the engrave ops to Score ops… Everything was purple (as you can see in the initial 2nd screenshot above), so I know it was in bounds.

Additionally, when I picked out the letters to reprint again, I didn’t move them - they were definitely in bounds.

But, you raise an idea - that the conversion from Engrave to Score is a SLOW one, and perhaps when I hit print, some were still converting over to Score-land, and thus out of bounds in Engrave-land… but as you say, even in engrave-land, many of those shouldn’t have been out of bounds, so yeah, wtf.

) The app should protect me from this race condition… In an ideal world.

Thanks for the smart idea about no fill!

If this was the problem, the software should protect me from this mistake…

Thanks for great research and discussion. I"ll look into the above request.