So, a while ago, I was commissioned to make some garden markers and I used white on black 1/8" two-coloured acrylic from Trotec. It took a bit of fiddling, but I eventually figured out the settings and they turned out rather well. Except that some of them had this awful staining on them that I just couldn’t get off. I was heartsick over it, but the customer was amazingly kind and accepted them as they were.

I was terribly discouraged, though. Then a few days ago I saw a Trotec video with the most amazing hack. I wish I had known about it before I made the garden markers. They suggested rubbing a thin layer of dish soap onto the surface of the material before lasering, so I decided to test it out.

Using the scraps from the garden markers I made these little Ghost Fridge Magnets. 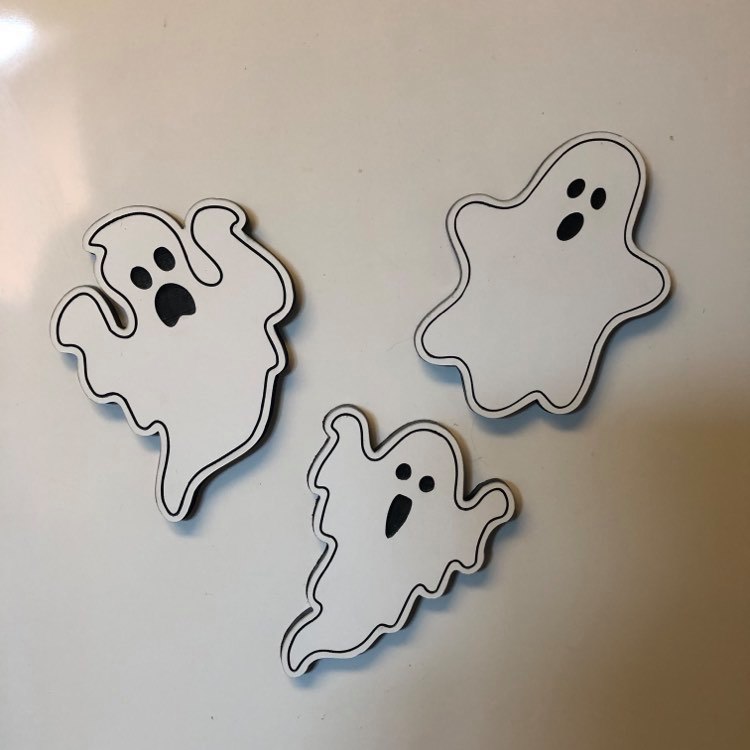 After I finished cutting them, I rinsed the dish soap off under warm water and used an old toothbrush to remove any extra residue. It worked perfectly. I’m so, so happy with them.

Now to make a few skulls!

UPDATE: 9/13/20 The Skulls turned out just as wonderfully as the ghosts! 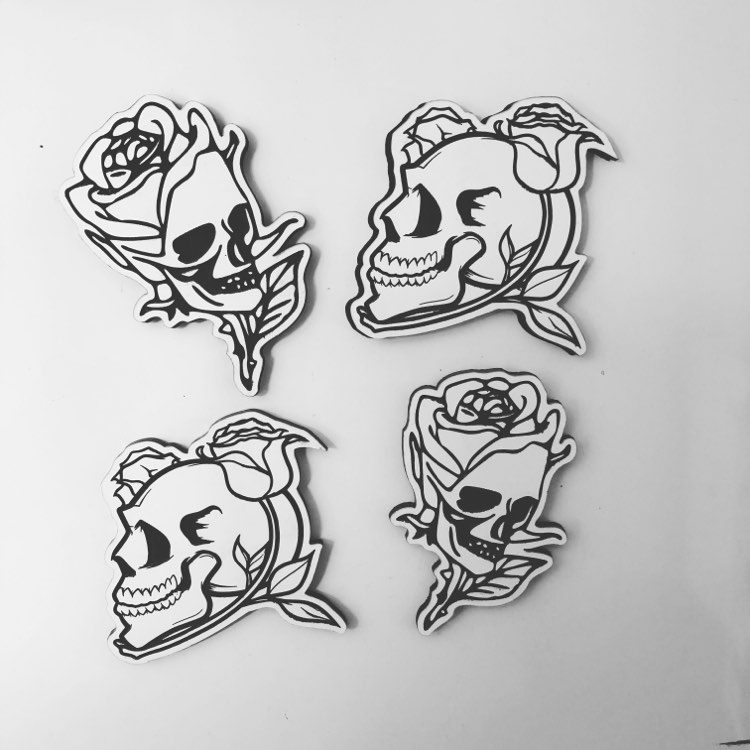 Nice! I need to try it, but so far I haven’t needed to, I have black surface materials from trotec instead of the white with color underneath. I’ll keep it in mind for future projects though.

FYI, it also generally works to run a 2nd weak/fast engrave, that evaporates the leftover bits of the surface colour so they don’t look dirty.

Dust from the surface color gets blown into the engrave and gives the staining appearance. Another method that I use is to blast the engrave with a stream of alcohol from a squirt bottle to wash it out.

That’s interesting. How do you get it align exactly again? Even if I don’t open the Glowforge, the image seems to always shift.

I tried that with the garden markers and it didn’t work. The staining was actually outside the engraved area. It just wouldn’t come off. The weird thing was that it didn’t happen on all the markers. Some of them cleaned up perfectly with lighter fluid.

Even if I don’t open the Glowforge, the image seems to always shift.

It looks like it shifts from the camera view but it doesn’t really shift in the computer code that’s driving the laser. Re-running the operation should land the laser in exactly the same place as the first one. You have to trust the machine and not your eyes.

Of course if you open the lid, all bets are off because there are ever so slight differences in where the camera ends up when the lid is closed again.

^^ It is known. Don’t move the work, and the placement is just as it ever was - regardless of the camera image,

Run the second engrave before you cut as well. When you cut, it can sometimes shift just slightly inside the area because it drops, and there is now .006" extra space each direction.

Really cute designs C: I love cute ghosties like these.

Hmm… Well, that is good to know. Thank you, @jamesdhatch.

Thank you, @crkjelstrom. This is excellent advice.

I love the ghosts too.