Nothing like a New Year and a Tuesday off to motivate you to pick up a project that got left behind. 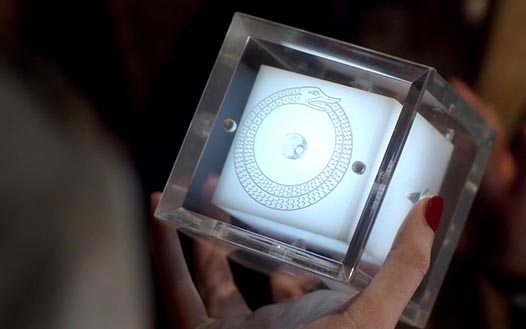 It’s only in a handful of stories (and two TV episodes), but when I saw it in The Doctor’s Wife I knew I had to have one.

I started with a baseball display cube and some remote LEDs I had on hand, and tried to create the middle piece out of PG white acryic. I was hoping to assemble it without tabs or hinges to give the cleanest possible silhouette, but gluing them into place proved difficult. and led to some alignment issues (you can see extra light escaping at the edges). 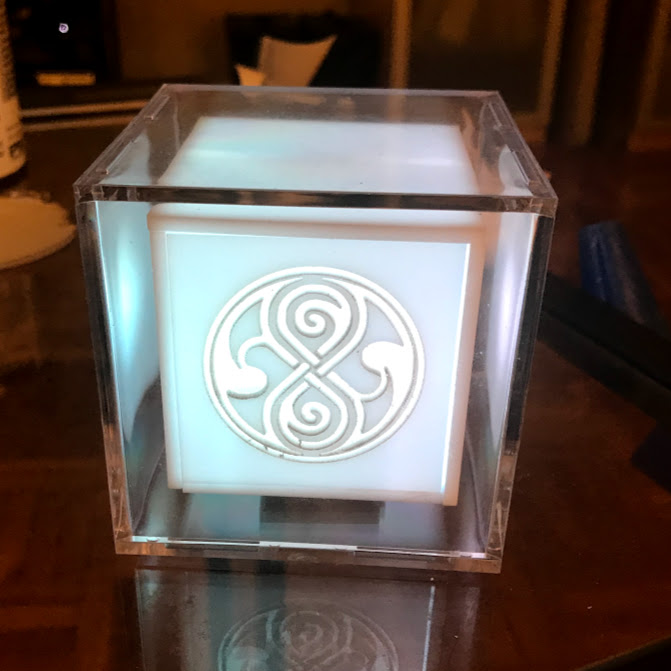 Has anyone had any luck compensating for the angled edge when cutting acrylic? Where the cut is wider on the side facing the laser than the opposite side? I think it’s part of what caused my alignment issues.

So cool. Turned out fantastic.

Very cool! (And I think @evansd2 does it by flipping alternate panels, which sounds like it would work pretty well.)

I think most people (myself included) will be too distracted by how awesome it is to notice the seams.

Looks great. I’m going to have to go back and watch that episode now.

I want to try quite a few acrylic projects soon and had no idea about the bevel issue until this post. My ideas involve joining and nesting the acrylic, so that bevel will mess with it a little.