Too Hot for printing

Printing on cork at power 10, ruining my material by stopping print, it’s apparently too hot. I’m in the basement, and it’s not too hot here. totally frustrated.

How hot is it?

If it paused due to over temp it will resume where it left off (if the lid hasn’t been opened) once it cools down.

in my shop it is 72 degrees

That (room) temperature is within limits, is cold air able to sink into the machine through the vent? I believe you would get a yellow light in the event of over or under temp.
So you get a yellow button? Is there a corresponding error message in the UI?

yes there was but I’m out of the interface now, just said an error has occurred. Then I fiddled around and saw a heat warning, forgot how I found that one.

Are you using the compact filter or venting outside?

if your general ambient room temp is close to the top end of the temp range, i recommend a cheapo stand thermometer (i think i paid $3 for mine on amazon) that you can put on the table top next to the right side of the machine. that measures the temp of the ambient air right before it goes under the GF and into the air intake (which is front/right underneath). your whole room may not be the same temp in all areas, so if the thermostat is across the room (or worse, in another room), you could easily be 3-4 degrees warmer or cooler. and if there’s a heat source near the GF intake, it could be an even larger difference.

It’s 2c outside, I have no heat source around machine, I’m in my basement shop, I’ll get a thermometer if need be, but this is the first time it has happened to me. Frankly I’m nearing the end of my patience with his machine.

outside temp doesn’t really mean anything.

my only point is that if the thermostat that tells you what the temp is isn’t located near where the GF is, the ambient air temp near the GF probably isn’t the same as what’s on the thermostat. it could be warmer or colder. that’s just how HVAC works, it’s not a consistent temp everywhere (much to the bane of every office worker everywhere).

FWIW, temp control has always been an issue with the GF. it’s the tradeoff of having a smaller, self-contained unit vs having a separate, external cooling tank. if you’re able to maintain air temps where the GF sits, it’s generally not an issue. but if there are issues with that in your space, then obviously it does create an issue.

Just lost another print, shut down just before completion, it’s venting outside and I have another fan that’s helping in the extraction of gases.
This doesn’t make any sense to me. 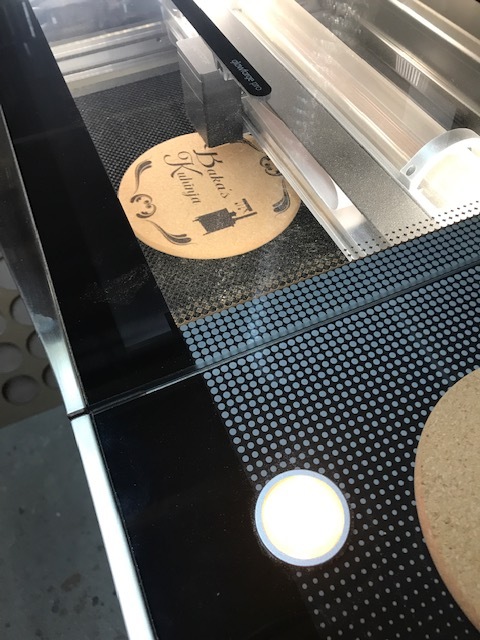 Trade off? So what are we talking about in differences in temperature, that would cause this trade off.

Not sure why you’re “losing” the print–the machine will resume automatically from where it stopped once it’s cooled down enough. Just don’t open the lid–let the machine run–the fan will attempt to cool it down until it’s safe to resume firing the laser.

But do check you don’t have anything up against the right side of the machine, or that a loose piece of paper has gotten sucked up against the air intake holes on the bottom right–if the air intake is restricted, it will lead to overheating in a big hurry (I know this from my own experience).

You might also benefit by having a small fan blowing on the right side of the machine (and maybe even a little bowl of ice to make a mini A/C unit right next to where air is being drawn into the unit).

Trade off? So what are we talking about in differences in temperature, that would cause this trade off.

so, most laser cutters (beyond some of the big industrial ones that have a completely different style of tube) have external cooling that’s water based. takes up more space, requires more maintenance, but also gives you a wider temp range to operate in.

the tradeoff that GF did was to internalize cooling, but it’s not liquid cooling. so it’s not as effective, but it takes up way less space and is less maintenance.

for me, that’s perfect because i can keep the environment in my office around 70 with a portable AC right next to it. i much prefer not having external cooling.

Well, I just ran it again after it had been shut down for 2 hours, the print stalled out again after 30 seconds. an error occurred again, I give up. Can’t fulfil my orders at this rate.

I’m so sorry to hear that you’re experiencing some issues with your Glowforge!

Here are the photos:

Motor on the laser arm (and surrounding): Inside, left of machine: Pull the laser arm all the way forward.

Reach over the laser arm, and to the left of the inside of the unit and you’ll see this circuit board:

Left side of front door: Send those photos over, and I’ll be happy to take a look. 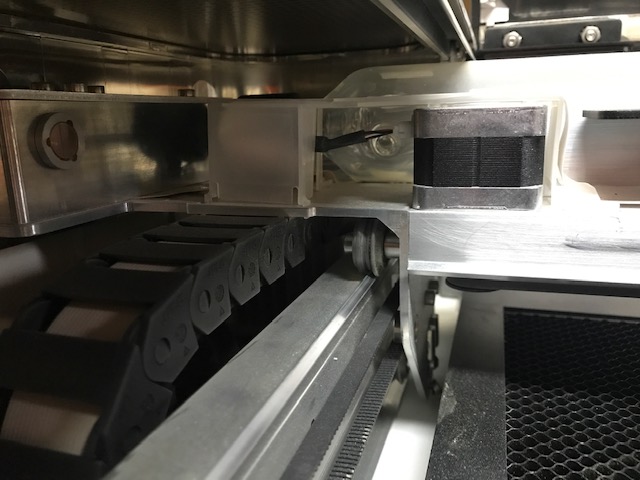 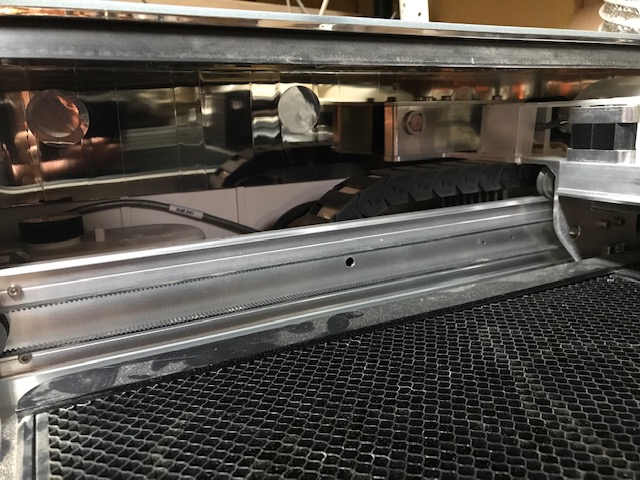 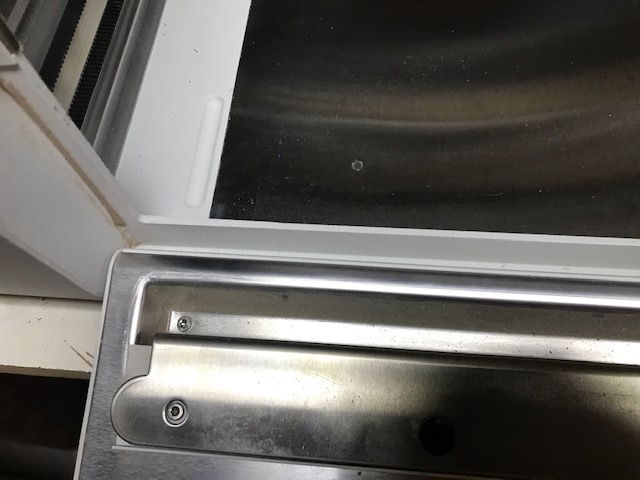 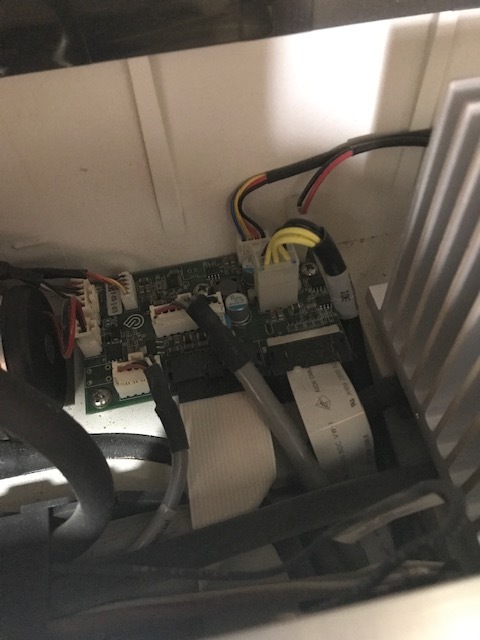 Well now it’s constantly showing orange light even when it’s been shut down all day…Yikes, WTF.

Thank you for posting those photos for us.

Unfortunately, it looks like your unit is experiencing an issue that we can’t resolve remotely. I want you to have a reliable unit, so I’m recommending we replace this one. I just followed up with you via email to sort out the details. I’m so sorry about the bad news.