Got my GF today (yay!). While going over it I noticed a mark, or scratch, or something, on the window on the gantry. Thinking it was dust, I gave it a gentle wipe with the zeiss wipes, and some lens paper, but it seems it may be a scratch in the window? Not sure. I didn’t scrub hard as I don’t know how soft that optic is (ZnSe?), so it’s possible it’s a goober of some kind. I suppose if the beam is tightly focused as it passes through it may avoid the spot, which is fine.

Do you think this this problematic? 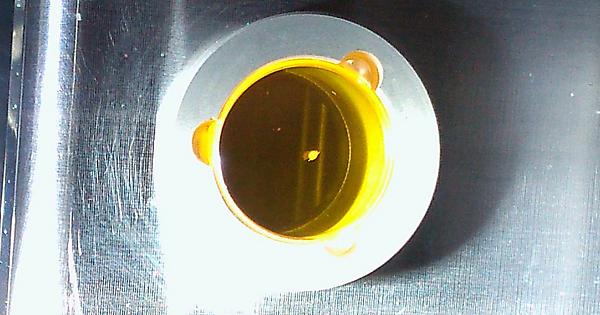 ZnSe is pretty soft. Do you have a blower of some kind? Something that will give it a concentrated, direct blast of air? Looks almost like a little piece of foam, but as you said, it didn’t wipe off. Alcohol acts as a solvent so it should eat it up if styrofoam.

As far as the cleaning, it should be gentle but I personally haven’t used “kids gloves”. Some of the backspatter has taken a little bit firmer of a wipe to remove and my optics seem to still be ok.

The lens is (maybe) ZnSe as it’s a common lens coating for low power CO2 lasers. But the gantry mirror windows I wouldn’t expect to be so. I’d use my fingernail to see if it will come off.

Not making a recommendation here, but the window unscrews for easy replacement.

Pretty sure it’s a little nick. Hmm. Let’s see if it runs ok

Well, it seems to work great! We’ll just pretend it’s not there =)

Small stuff like that degrades your beam and you lose some power. It still works but you’re taking a loss. Long term, I’d say it needs to be cleaned or replaced. We’ll see what support staff says. 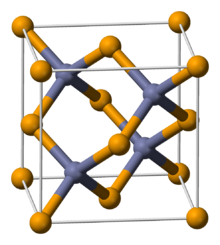 Zinc selenide (ZnSe) is a light-yellow, solid compound comprising zinc (Zn) and selenium (Se). It is an intrinsic semiconductor with a band gap of about 2.70 eV at 25 °C (77 °F). ZnSe rarely occurs in nature, and is found in the mineral that was named after Hans Stille called "stilleite." ZnSe can be made in both hexagonal (wurtzite) and cubic (zincblende) crystal structure. It is a wide-bandgap semiconductor of the II-VI semiconductor group (since zinc and selenium belong to the 12th and 16th...

Specs on common co2 laser tubes show ~2.5-3mm beam diameter. If it is not yet focused down smaller, and is centered on the window, then based on a quick and dirty analysis the spot does fall inside the beam: 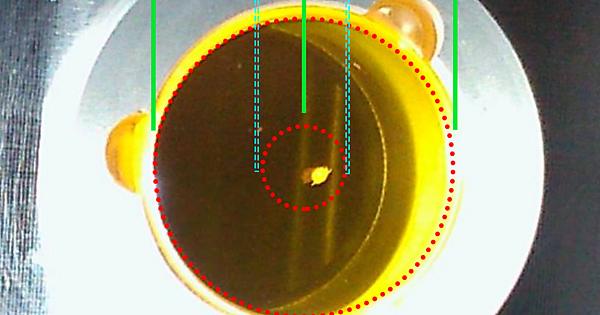 If the window does just unscrew as @rpegg mentions, then it would be simple for me to swap it out. Assuming it wouldn’t throw off the calibration! With a refractive index of ~2.4 at 1062nm, it could be touchy.

I suppose I can try cutting some proofgrade, and if it cuts completely through and is consistent, then any small power loss is tolerable, and it wouldn’t be worth fiddling with it. It’s only about 4% of the area of a 3mm circle. If it ain’t too broke, don’t fix it =)

Haven’t replaced one. Don’t think calibration is an issue as long as it is in place. A transparent window at these wavelengths. The company sells replacements in the shop.

The company sells replacements in the shop.

Oh! I had no idea. That’s fantastic news!

Of course if it came that way and you can’t clean it, would be a warranty credit. My opinion.

Your specs for diameter look more like radius to me for this power tube. I think the beam size goes up with power and the GF tube is around 5mm-6mm.

I don’t think the refractive index has an effect because it is a more or less parallel beam hitting a planar window at right angles.

Thanks for letting us know about this. I’m so sorry for the late response.

I’ve requested a new Laser Window be sent to you right away. We’ll reach out with tracking information as soon as it ships.