Trying to replace belt tension bearing on the carriage arm

Has anyone replaced the right side belt tension bearing that the carriage belt runs on? The nut inside the arm is loose so it moves whenever i try to thread it. I’ve spent over 2 hours trying and cant get it to thread. Any help would be greatly appreciated. 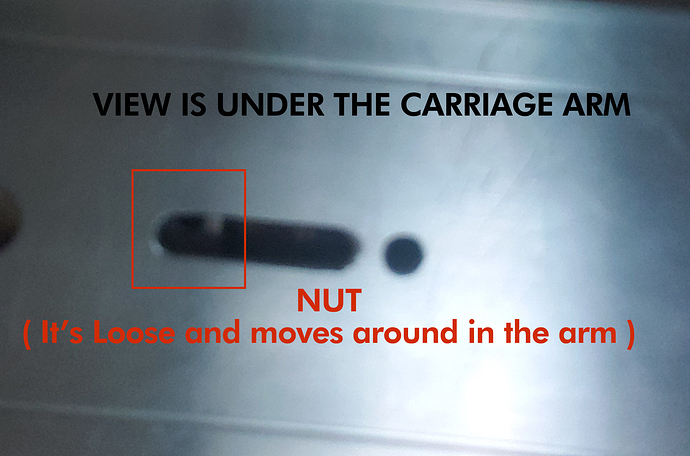 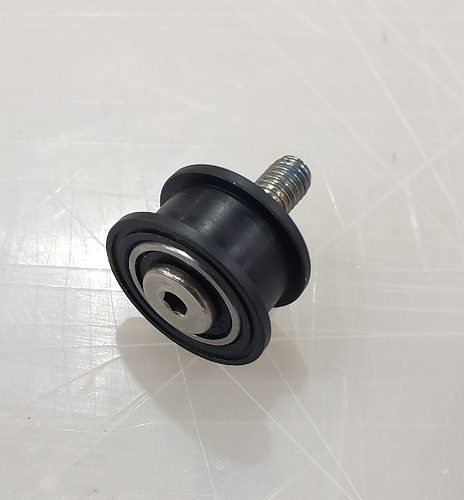 Do you mean one of the cogged pulleys that the belt rides on?

Special tool time!
I would fashion a piece of wire with a bend on the end that you could reach behind the nut, pull and hold it against the rail to start the threads on the stud.
Granted, not easy but doable. What you need most is patience.

The nut is meant to be loose so it can slide left and right to adjust the tension. The question is, why did you remove the bolt that was threaded into it? It is going to be tricky to get it started again but it should be doable with some patience. The idea of a piece of wire to try and grab it is a good one. Another option would be a tiny drop of CA applied with a toothpick or similar to hold it enough to get the threads started.

It slides in a slot inside the gantry. To replace it, you would need to disassemble the gantry, which is basically impractical.

You’ve opened a support ticket by posting here. They have sent out replacements for those pulleys, so they might have some additional information to help get the threads started.

Thanks. I took the bolt out because the black plastic piece (which should have been made of aluminum) broke.