I have three machines, suddenly two of them on the same day decide to have the same issue. I have calibrated and nothing changes. Is this a belt issue? I’ve contacted Glowforge several times without hearing back. I’m not interested in sending my machine back and am fully capable of replacing both x and y belts if needed. 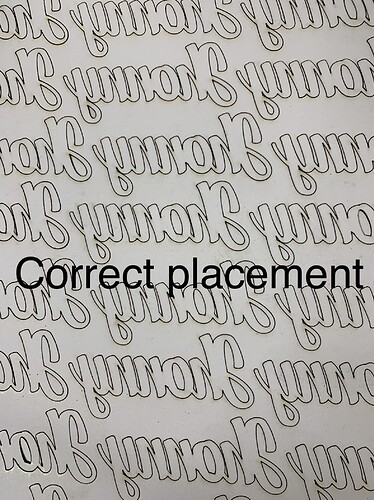 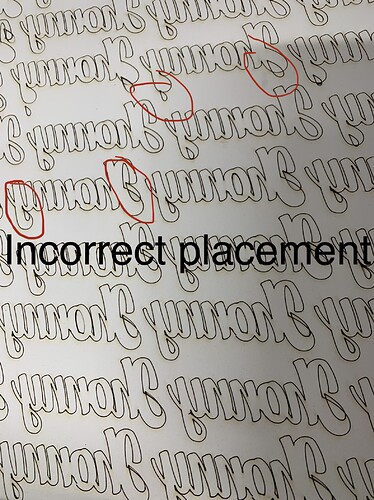 I’ve had the same issue with a particular file giving the same results on a pro and basic.

I think there’s some really sharp movement of the head that causes a skip. For me it’s not consistent and the amount it is out differs each time.

In the end I fixed my problem by rotating the file, but even now I hear it making thumps on sudden moves

Hi! Welcome to the funhouse.

I am just another owner, but by posting in this thread you have opened a support ticket. They will get to you.

Because it happened to two machines with the same file, suggests it’s not the file.
Just guessing, but I would venture the head bumped something and lost calibration. I have seen this once when the work was positioned in the front far right. Power cycling the machine to recalibrate and repositioning the material fixed it.

Mine happens now in just about any file I load - on both machines. My machines typically cut tight spaces really well and they’ve been my workhorse for almost two years now. Odd that all of a sudden two are doing it at the same time.

They also have started cutting acrylic about 1/4 inch bigger than reflected on screen.

I’m so sorry for the continued frustrations. I’ve just reached out to you via your email support request, so I’m going to close this thread.