UI, border no longer changes colour when item is out of cut area

Previously if you moved an item so that it started or ended outside of the cut area, the grey border would change from dark to light, making it really clear when you’ve gone out of bounds.

It no longer does this. The trouble is that when you are moving single lines the highlight on the line prevents you from seeing whether it is greyed out or not, so you cannot tell if you have moved it in/out of bound without having to unselect it to see.

Yeah, I’ve been meaning to gripe about that, too!

When I move objects (including a single line, per below) outside the print area, the color changes from red to gray? It’s pretty clear, I don’t see any “highlight”?

Moving the whole line in a test now does swap colours - although I’m not convinced it always does that.

Moving the end point of the line definitely does not

Moving the end point of the line definitely does not 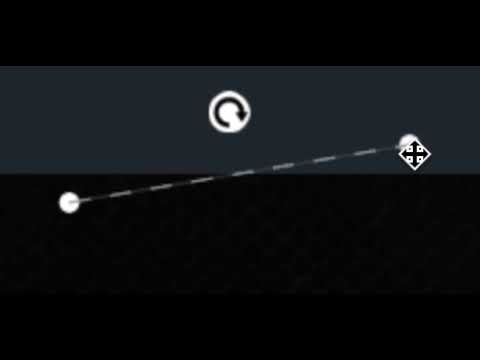 Darnit - so I just did the same thing and now it IS changing colour.

Something buggy in there somewhere.

I think I might have replicated what you’re seeing. Sometimes the line turns blue, and when it does, you don’t see the change. Click off, click back, then it changes from red to grey as it should.

If I click on the line, just moving the mouse over it or an endpoint, sometimes it stays blue, sometimes it’s red or gray. Moving the line or the endpoint doesn’t change the “state” if it’s blue to start with.

So the “blue” is the highlight you mentioned?

I have seen this on occasion and I have used the go-no go up at the top. With everything else set to ignore I move the part in question till it causes the “ready” to go to “nothing to cut” and then back it off till it goes back to ready again. I also set the engraves first for that reason.

highlight on the boundary for go/no go

So now what used to work and now doesn’t gets more reaction than those that now work but didn’t. This thread will continue to be a bug in the ear of the poor individual assigned to solve the mutually exclusive issues by thinking of something brilliant and making it work for everything, probably without the recognition they deserve.

Yep - as a fellow software developer - that’s what we get paid for.

Actually, in this very particular case I don’t see anything mutually exclusive.

TBH there are bunch of things that could be done that would really improve the whole thing. Colour coding, matching colours in thumbnails to colours on screen, better indicators in the thumbnails of what is doing what and in what state it is in, being able to pick items within groups.

Then there are more advanced tools like auto-nesting, auto-adjust to margins, being able to rotate numerically for accurate registrations. Being able to assign colours to cut/score settings either within the SVG or as a “recipe” and about a gazillion other things I can think of.

While I’m glad to see the bunch of stuff that came out along with the Beta Premium, I do think there is some core functionality/usability issues that should be addressed first.

I have a theory that it’s connected to the complexIt’s of the selection. Simple things still change color when dragged over the boundaries, but complex things like the full sheet of ear savers don’t.

Thanks for bringing this to our attention. We’re seeing this, too, and the team is looking into it.