A while back I bought these “engravable sandstone coasters” as I was binge-purchasing things I might want to stick under the laser beam. They’re definitely engravable, but without doing any extra work the result is a pretty low-visibility white on white (the camera actually makes it look better than real life): 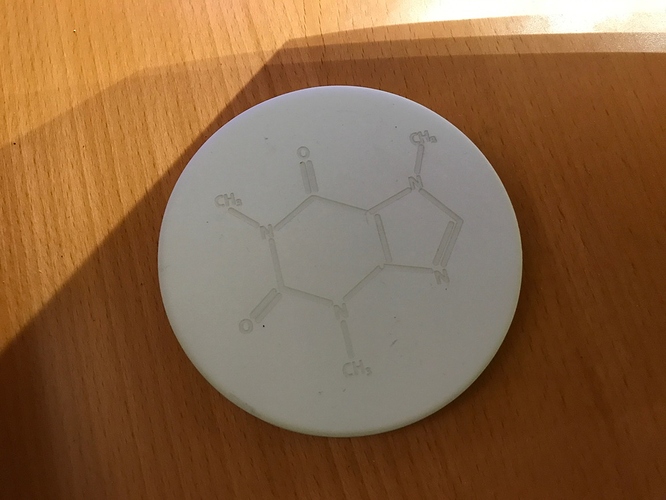 Last night I was playing around with a blacklight for future florescent acrylic applications, and I happened to shine it near the coaster. Suddenly, contrast! 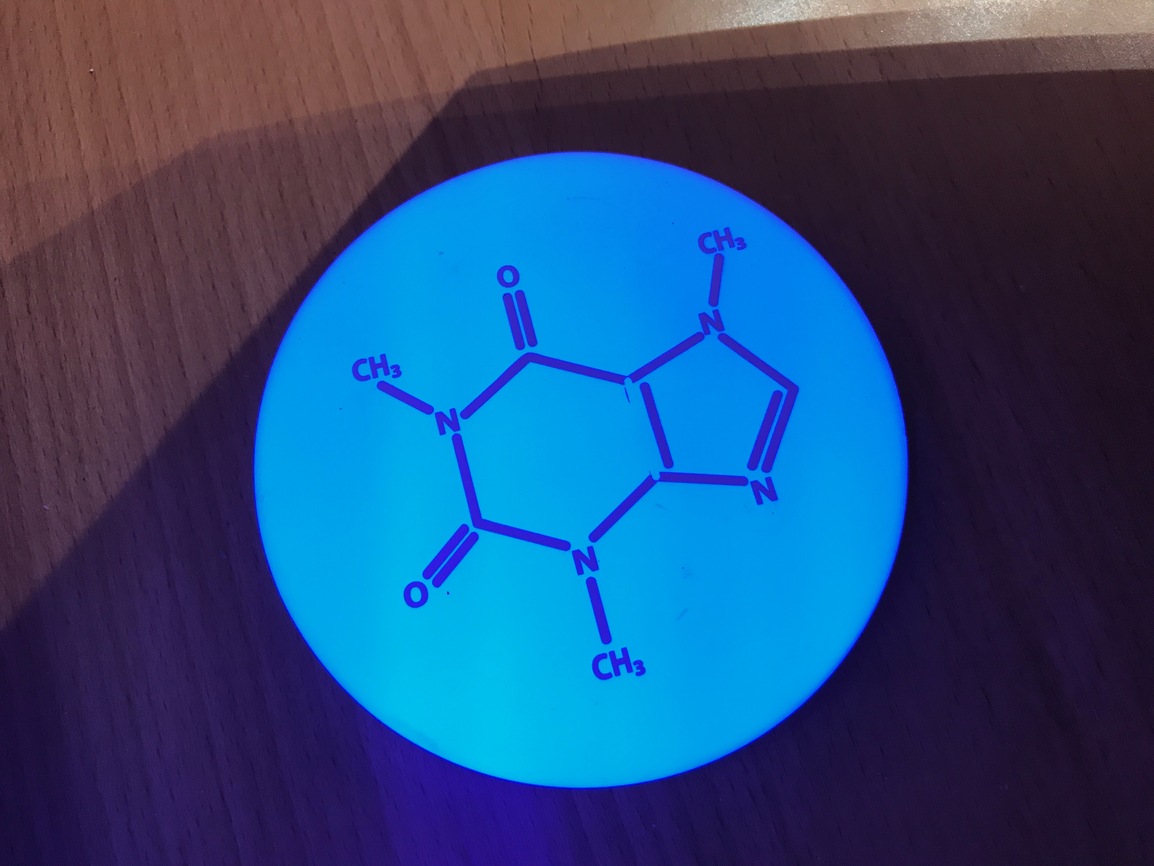 Unless it is a bar with blacklights and it does seem to be a thing. Some of those cosmic bowling alleys might enjoy these.

And they function as an anti-theft device, like those restaurant pagers that remind you they won’t work at home.

That is so cool

An idea that comes to mind for me is ‘waystones’ for Night Scuba.

A lot of Night Divers use UV lights now (it brings out the colours in sealife to an insane degree at night).
As one travels out they could leave these sandstone markers and then when it is time to came back to shore it would be so very easy to follow the UV lit markers back in (especially if they were carved with numbers or letters)

I think this one is safe but I’ll say “Warning” anyway because most of his stuff needs it.

Wonder how crazy this guy would look under blacklight.

Ha ha… Giant Cuttlefish breed all long the coast here in NSW. For about 5 months of the year it is impossible to dive and NOT see one.
Here is an early go-pro footage i shot of the wife and i diving with Giant Cuttlefish, she is next to it for a size comparison (she is 5’5") - in the background you can also hear Humpback Whales singing. 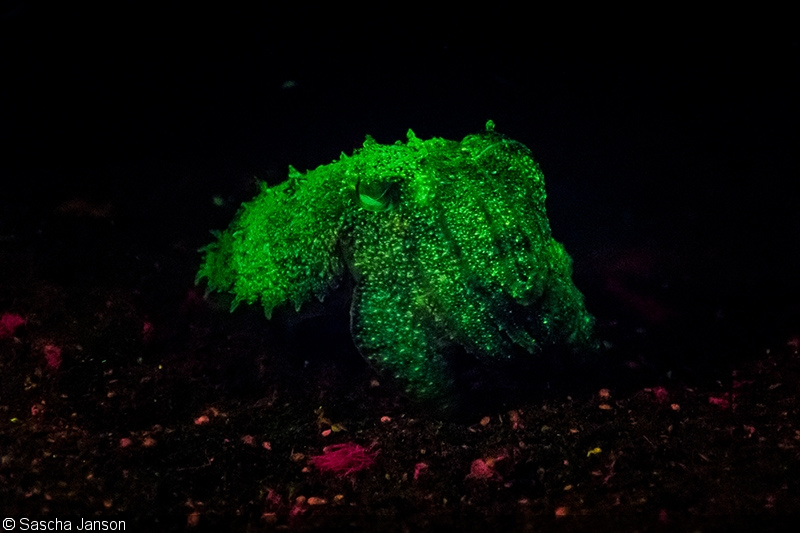 Very cool…still out of likes for another 3 hours.

Any reason you engraved the CH3 instead of just lines? Aesthetics?

And it’s missing a bond. Looks like it’s been erased–wonder why?

Wow, that is really cool! And the GoPro mic does a whole lot better with underwater sound than I would have imagined… most of my gopro audio is wind and motor noise.

Any reason you engraved the CH3 instead of just lines? Aesthetics?

And it’s missing a bond. Looks like it’s been erased–wonder why?

This was one of my Day 1 projects while I was still learning the quirks. I couldn’t find a clean and aesthetically pleasing design, and I have no artistic skills, so I bought this file from an Etsy seller. Two strokes overlap and I didn’t know about the Glowforge bug that subtracts them, so this one was a learning experience.

Very cool effect with the blacklight.

I dig the UV and the cuttlefish both! Wow.

What?! This is great. My house if full of Hue color lights. Holidays will now never be the same…

Did you consider put some kind of glued paper to the sandstone, cutting your design, filling with paint or some kind of stain and removing the remaining paper? It seems like that would be one way to get the cut to show up more and i think that is how a lot of materials come proofgrade