My neighbor is building new house. I told him and the builders that I wanted scrap finishing materials for my GF projects. Flooring was the best of the things they gave me. It’s very heavy hickory plywood. Some of my finds at the Rijks Museum in Amsterdam needed appropriate backgrounds and hickory worked just great. 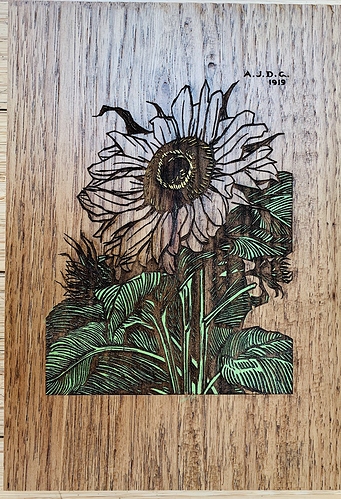 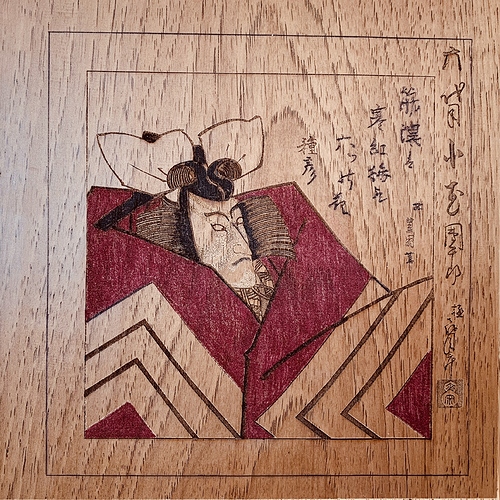 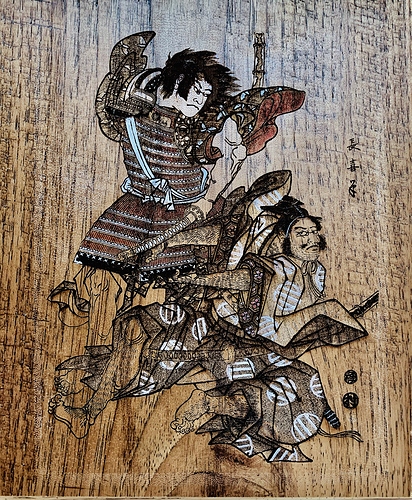 My neighbor is building new house. I told him and the builders that I wanted scrap finishing materials for my GF projects.

Really nice coloring of these prints.

How did you color the pieces? Looks really nice.

Those are so great! I love the use of color; it’s perfect.

I also really like the coloring. Just enough to be striking without being cartoonish.

I used Sharpie oil based paint. The act of painting was not too difficult because color was applied to the raised parts of the engraving. Deciding which areas were to be raised and which of those areas to paint took more time and skill.

This are super great! And there is not much better than FREE materials!

Sharpie oil markers or has sharpie diversified into paints?

My Sharpie on the outside says “oil based paint.” Check it out: https://www.sharpie.com/markers/art/oil-based-paint/SHOilBasedPaintAquaFine
I like using them.

Thank you. I had to look that one up.

Sorry, I thought you understood Dutch. Some descriptions with the images you use, are in Dutch, hence my assumption.

Just have to say that the Dutch people have a special place in my heart. My Latin and French teacher in high school was from Rotterdam. He survived an unexploded bomb that crashed through his roof and destroyed his nightstand. I had the great privilege to teach with him in later years. He kept teaching till he was 84 years old. His final year of teaching he had four hours a day of four different classes, two French and two Latin.

My freshman year of Latin, he finally divided up the class of 21 into two section. Eight of us took the second half of the year totally listening to his tapes using headphones. That was 1976. He was teaching seven other classes at the same time. We thought he would die several times back then. Had some respiratory issues. Ended up living till he was 88, just the final two years slowed down from advanced prostate cancer.

I have met few men like him in my life, but I am glad I met him! He was the one who introduced me to Dutch licorice, one of the greatest treats in the world. I had a friend who went to NL for business. I asked her to pick me up some licorice. So she went to a store. She had to ask where the licorice was. They said, “Over there.” “Yes, I know, but where in that aisle.” “Ma’m” they said, “It’s the whole aisle!”

The titles are from the Rijks Museum website. I wish did speak Dutch.

You have inspired me. 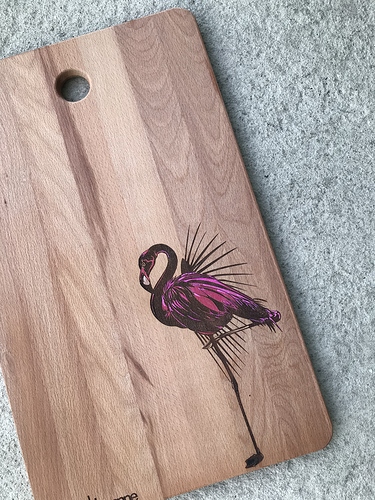 That really pops! Did you engrave and color?