Done at default settings, which I would not do again. I’d reduce power. They look awesome. Creating appropriate svgs for cutting is a real pain. I wish there was a cut outside and engrave inside option like most cutters have. 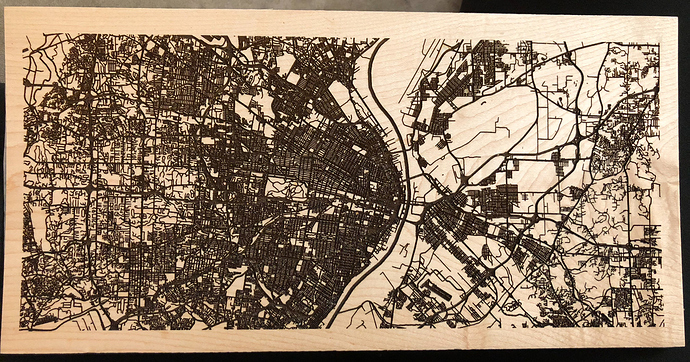 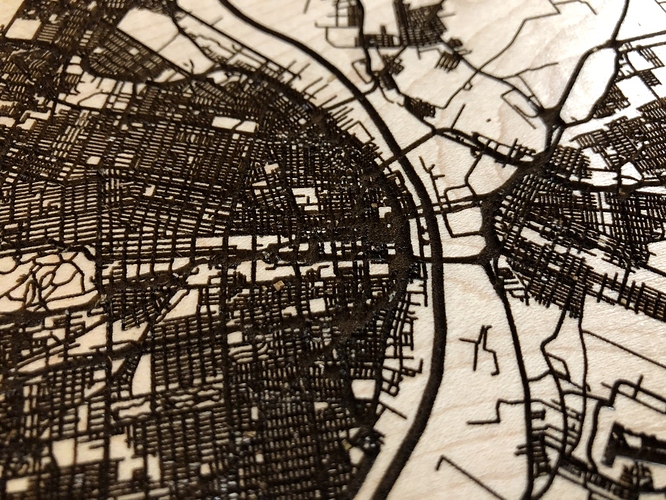 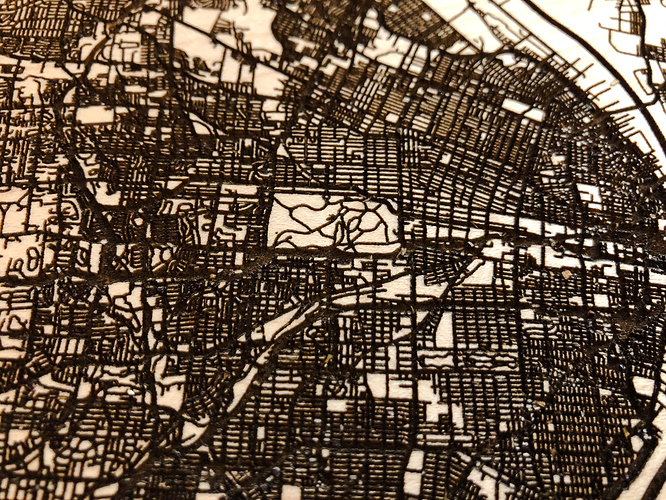 Looks like it didn’t keep you from creating something awesome!

Indeed. And so many ideas are filling my head. That map took 3.5 hours though so it puts things into perspective with viability for time. And removing the tape from it all was a pain but it looks cool.

There are a few threads on speeding up engraves, but basically it comes down to speed, lpi, and size. I’ve found that a full-bed engrave at high speed and modest lpi (225) comes out to about 2 hours. There isn’t much you can do to speed it up beyond that without dropping lpi, the laser needs to scan the whole engraved space.

As for cut in/out, that’s tricky because it needs to know the kerf size. This is predictable in a traditional cnc world, you have a 1/8” bit or some such, but kerf size changes with your laser by material and cut specifics (focus depth, power, speed, number of passes etc … heck even ambient temperature and/or humidity and or altitude might matter).

I’d say that this makes a strict “cut inside/outside” all but impossible to do really accurately. It might be doable with proofgrade, so maybe it’s a hopper thing, but I personally think that when you need super tight tolerances, there’s no substitute for testing and manually adjusting.

There have been lots of posts on kerf adjustment using path tricks, if you haven’t read them yet, they’re a great place to start.

Beautiful projects, and the title made me grin.

I used to live in St Louis. Looks like the engraving is a pretty accurate shade of brown for the Mississippi.