Watch out for Middle Age Men in Lycra

My nephew who works at a robotic startup as a developer was complaining that too many coworkers are just changing their bike outfits in the office and he is putting up a folding japans screen to change behind, figured he needed a sign. So to the Glowforge… 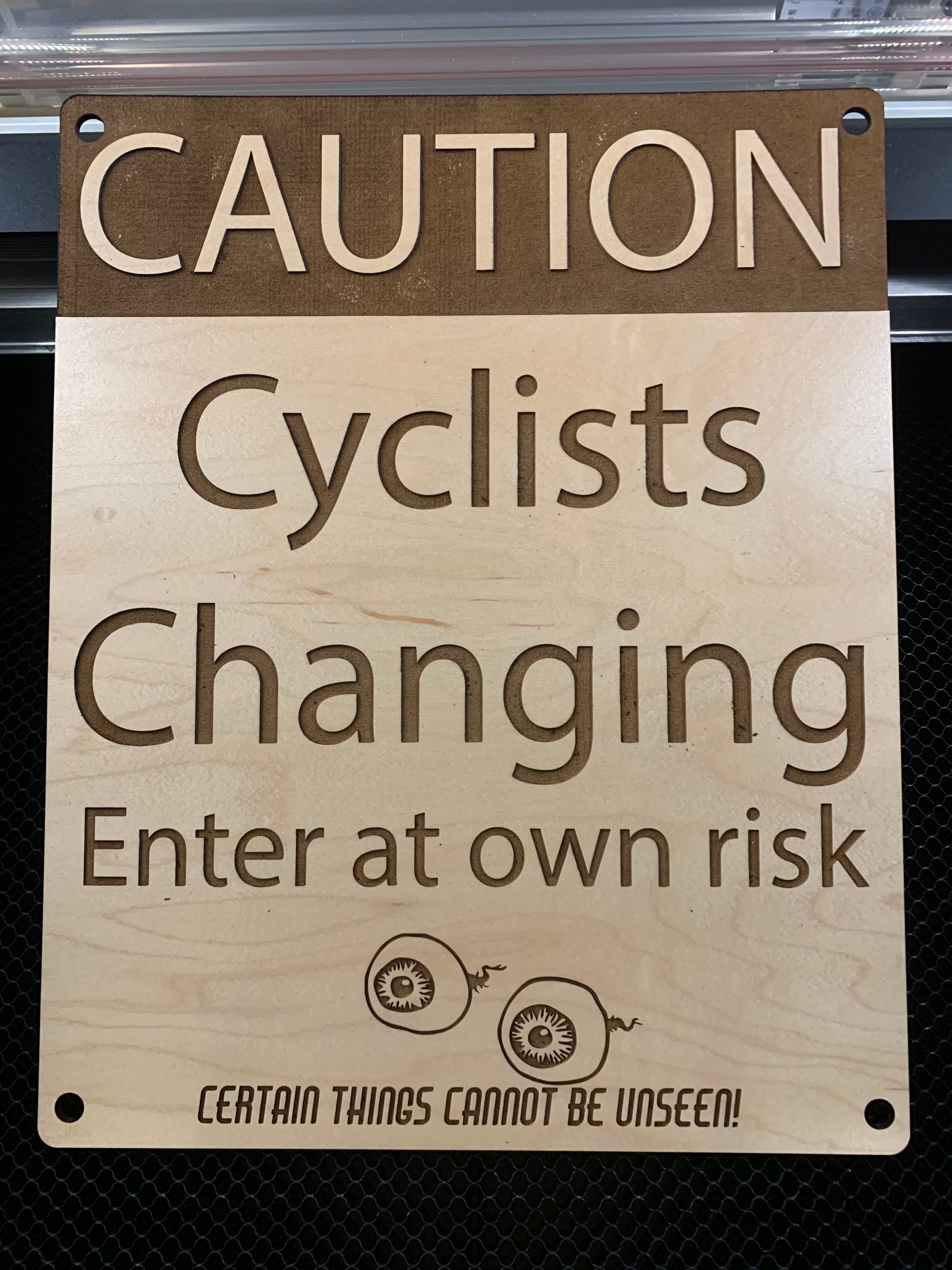 I’m headed to a popular bike trail, where the MAMILs are in full effect. I’m old school, no lycra here.

I may poach the MAMIL moniker for my brother and brother-in-law. They’re not cyclists (well, one is actually) but they do lots of ‘acro’ stuff… trapeze/lyra/silks circus type stuff… And they generally wear lycra when they do.

Cool sign!
Not much Lycra in the crowds I was riding with, 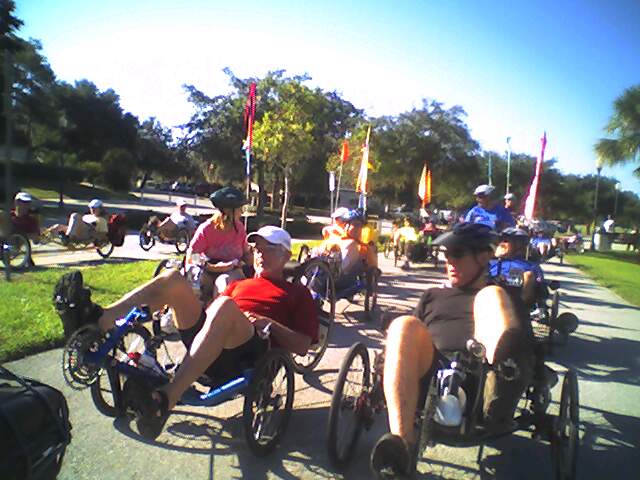 Great sign–is indeed one thing to see MAMiL when on the bike trails/road–but changing in the office? Yikes. Guess there aren’t women working there, or visitors/clients that can come in? Since I guess they can’t get a bigger bathroom, at least as you’re nephew’s helping with the next best thing by curtaining/shielding off a cubicle…

I hesitated even to open this thread at first for fear of what I might see!

IBM actually takes cycle commuting seriously and there is a full bike room and locker room with showers in the building.

That’s great! But even weirder then that these guys don’t understand that’s it’s not appropriate to change anywhere except in the locker rooms!

It’s great when companies take it seriously, even nicer when the city/region does!
When I bike commuted it was while working in Redmond, and they had “Tour de Redmond” so companies could compete with each other for bike commuting–my company was <100 folks, and we cleaned up it that group as myself & few other guys rode >30 miles/day for our commute. (One year a guy at another company tried to count in his extra “training” miles he did after work, but the organizers figured out how to count only actual commute miles the next year). And Redmond also paid companies for trips workers made not driving by themselves (carpool, bus, walk, bike)–my company passed the money onto employees, so not only did I save $ by not buying gas, I got more money in my paycheck!

Pretty much an expected sight anywhere in in Seattle, Redmond, etc. My first day working in Seattle I walked into the bathroom and saw the CEO walking around baring it all.

They should inform candidates of this during their interview process so they can determine if they really want to out here. It’s one of the few places in America where every cyclist must wear Lyrca to ride a bike.

The final line says it all! The eyeballs are a nice touch.

Very nice sign! I had a second office I used at my last job … Entered one day (wondering why the door was closed) … One of the engineers was doing a quick change there. Yikes!

I’d be happy if they wore lycra here in Wisconsin.

There was a time in the 1970s when abandoning support garments was quite the fad, and I went with a young lady motorcycling in the mountains where she discovered why they had been invented.

I would think your cyclists might have made a similar observation.

Tee shirts not as painful as regular shirts where a wasp gets in between the buttons (ask how I know) and that sort of mountain riding rarely sees 10 mph. Lots of bumpy up and down though.