While setting up a file to cut a quick display stand, one letter just will not import correctly. Everything is the same on it, glowforge UI just doesn’t like it. Any ideas?

really quickie solution would be to select and copy the N’, place them over each other - and then manually change the first one from a cut to an engrave…as long as you’re not doing vary power on the auto-selected engrave they should look the same

Of course if that’s your only piece of material it’s better to fix the file before trying anything!

This isn’t the first time this has happened, so I’m trying to find the cause to make myself improve, though I appreciate the quick solution.

I think the more interesting thing here (for me, not necessarily for you) might be why is it creating two operations (a cut and an engrave) for the Dragon’s Eyes text?

I’ve never been able to (or seen anyone) able to get two operations out of something set up like this; it takes two layers stacked on top of one another to get separate jobs from everything I’ve ever seen. Maybe this is something unique to how you saved the PDF, though I don’t see anything.

That’s on me, I want to score the outline so I used an outline of a different color.

No, I get that. It’s just behavior I hadn’t seen before. But, I don’t use PDFs on the Glowforge. The typical behavior, at least with SVG is that an object with a fill and a stroke come through as one operation - not two.

I’m able to replicate it now with PDF’s using text (whether I expand it in program or not). But, if I create a simple square with a stroke, whether I turn it into a compound path, or not, or whatever, it only identifies as a single operation.

Just typing text, I was able to replicate a similar issue to you:

The PDF does the same for me. 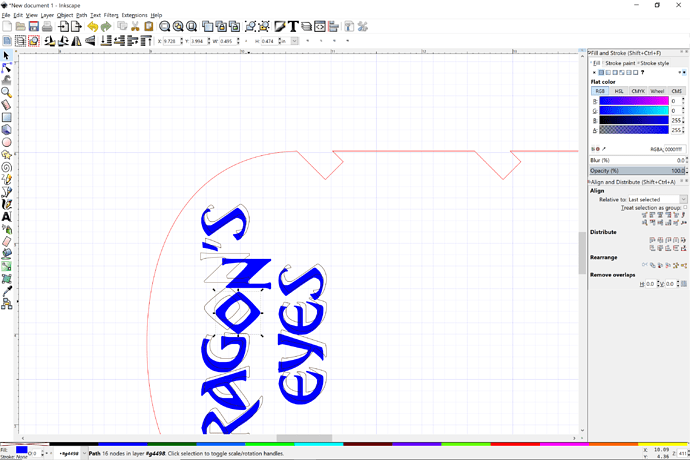 Importing the PDF and saving as an SVG gives this: 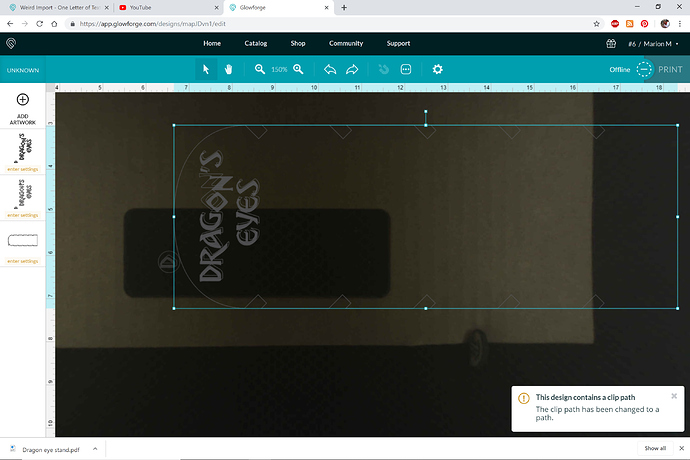 This is an interesting problem. Analyzing it in Inkscape gives the same color definition of all the outline strokes. All the fills of the design are the same too.

it now with PDF’s using text

That’s fascinating. What did you use to make the PDF?

That’s fascinating. What did you use to make the PDF?

Illustrator CC2019. I know saving as PDF will eliminate the step of having to convert to outlines, but very interesting that it’s coming in as two operations, the engrave and the cut for the text, yet it won’t do that for things like a square with a fill and a stroke (even if I make it a compound path to mimic the text set up).

I have a theory though maybe… saving as PDF creates outlines automatically when you save, but maybe it’s actually expanding the appearance. So the PDF is actually ending up with a separate stroke and fill - separate objects. When it goes into the GF interface, it recognizes that.

That would be confirmed by the fact you could separate the fill from the stroke in Inkscape. When I open it back up in Illustrator though, the proprietary Illustrator code in the PDF is giving it back to me just as a single object with a stroke and a fill.

That is interesting that it automatically does the outline and fill. But why the single letter coming in as a different operation? I can’t see anything obvious in the SVG XML, but I guess it is something that the PDF file adds.

Just using illustrator, which I do this operation on often!

I just opened the PDF in AI (cc2019) and then saved it as an SVG, which gave me this

here is the fill and stroke SVG for comparison to your PDF or whatever:

Saving the fill and stroke version as a PDF gave me this:

If I expand the letters in the original, it creates both the fill and stroke that I can manipulate as needed. And it comes into the Glowforge as expected pretty much.

Sorry to get off-topic on your thread, @bnbtnt2. That’s an interesting trick and made me think about doing things differently, even with SVG. Rather than just converting text to outlines, you could expand the text appearance into strokes and fills and automatically create the score, rather than what has always been done by duplicating the text and giving it a stroke inside of a fill. (Completely untested, might not work at all)

Like I mentioned, I was able to replicate the behavior of the letter coming in odd, using my own text. So it’s something in how the Glowforge is reading the PDF output (it creates an SVG of what you upload).

Just noticed that the screen capture @marmak3261 posted shows a clip-path warning, which I did not see in any of my exports (although I did not try loading the original PDF into the GFUI)

No problem at all, I’m just trying to figure out why it would handle the one letter differently!

This is a very interesting issue, and a great thread to read through. Thanks for doing some leg work already, folks. I’m afraid this may be something I’ll need to pass to the team for further investigation and work, but I’ll share what I found in the meantime.

I started testing this afternoon and, curiously, I was unable to reproduce the effect using Illustrator CC2019 exactly as @jbmanning5 did. The file I created (type in Illustrator, stroke and fill defined, saved as a PDF using Illustrator defaults) did produce the separate operations for Cut and Engrave when uploaded, but did not result in unexpected groupings or additional operations like @bnbtnt2’s original PDF: 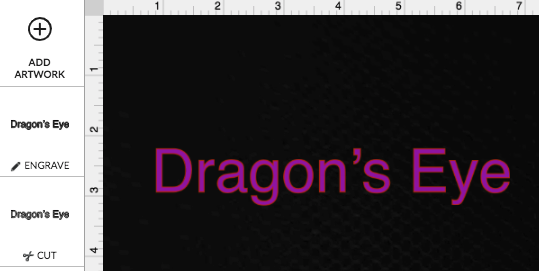 It was only after adding the “Create Outlines” step in Illustrator before saving that I saw the following in the app: 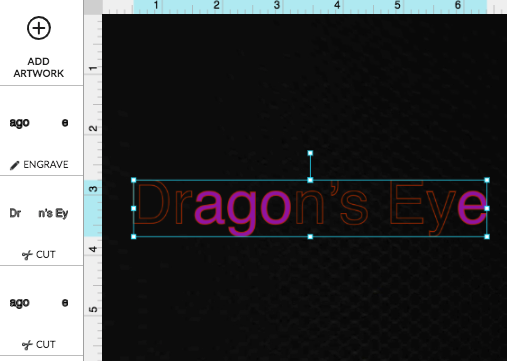 My next question for @bnbtnt2 is: could you give me a little more detail about the process you’re using to create files like this in Illustrator? Specifically the text/type portions. There are already some good suggestions in this thread for working around the issue, but I’d like to pass as much information to the team as possible so we can get to the root of the problem.

Hi @vee You hit the nail on the head. I’ve been making text in odd fonts and using the create outlines operation. Then setting the outline to .25pt in a different color than the fill and exporting as a PDF.

Thanks for your patience! I wanted to follow up and let you know that the team is looking into the issue now. I’m glad you brought this to our attention, and the details everyone shared here really helped to understand the circumstances around the issue. It looks like this is happening when our software interprets PDF files that include Type with created outlines from Adobe Illustrator. In the meantime, I recommend bypassing the Created Outlines step before saving your PDF for better results.