This SEEMS to be a new issue for me, as this has worked in the past. I create a drawing in Corel Draw, it is a vector outline and a .png graphic. When I import it to the UI, the .png graphic shows a mottled background. On the other hand, if I go into the UI and INDIVIDUALLY import the .png and an .svg of the outline, it is fine. I have done this exact same procedure with other creations and it has always worked fine.

*This MAY be a Corel Draw quirk. I opened the combined .svg in Inkscape and resaved in and it LOOKS fine in the UI. Cannot test cut tonight, will try in the AM. 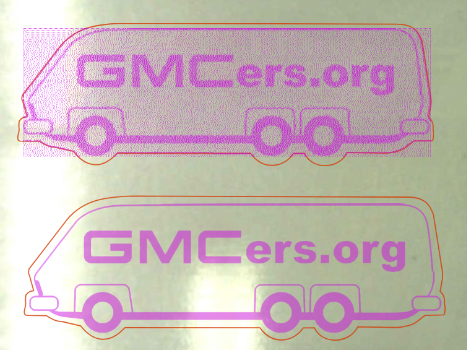 Any thoughts would be greatly appreciated.

You can remove it if it bothers you, plus if removed the laser will not quarter the entire frame - like the gray box is showing - while not firing when over the white.

In CorelPaint, select the image and change to Paletted
Select the magic wand and touch the border color (white) surrounding the image and delete it
Save as a PNG -> scroll down in the options box to toggle transparency on and select the 256 (white) selection.

You should have an image that does not have a rectangular box now, and is transparent outside the image. 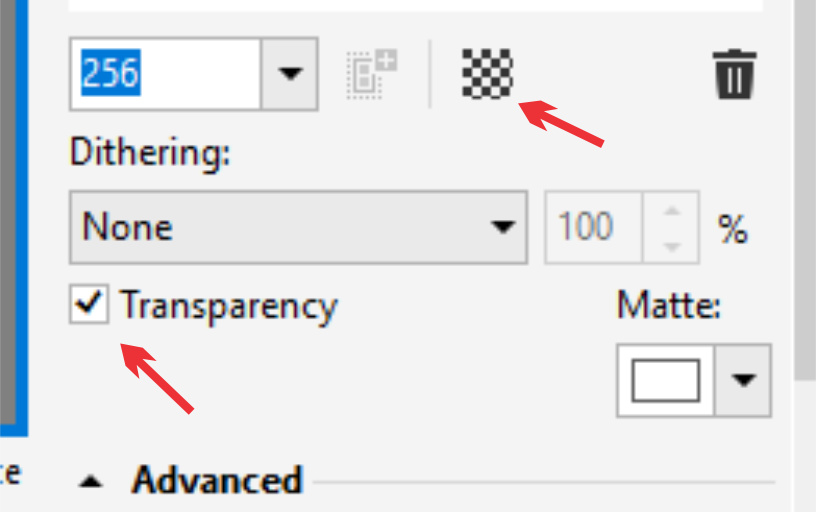 @brokendrum, Thanks, I will try that, but the file had been edited in Adobe Photoshop essentials and all of the white areas were set to transparent and then saved as a .png.

I will try your method in a few minutes.

@brokendrum, Just tried your suggestion and had the same issue, I SUSPECT that it is something the Corel changed in their latest update to Corel Draw 7. I need to look into this some more.

And CorelDraw is pushing its new version–and turns out many files I created were saved as the new version type, not the version I have, which means I now can’t even open these again because I don’t have the newest version. WTF–letting you save as a version type you don’t even own/and even before it was released… ? Somebody in marketing should have gotten a good bonus as it forces folks into buying the new version. Or dropping CD. Glad they were simple files, and can recreate in Inkscape, which I will use more often than not now.

letting you save as a version type you don’t even own/and even before it was released… ?

I can see this being useful for a studio that can’t upgrade yet, but needs to deliver files in the newest format. But it should certainly not be the default save function.