What are you reading?

I grabbed a bunch of audiobooks by authors I didn’t know in a recent Audible sale, just to have some new stuff to try.

I just finished this one: 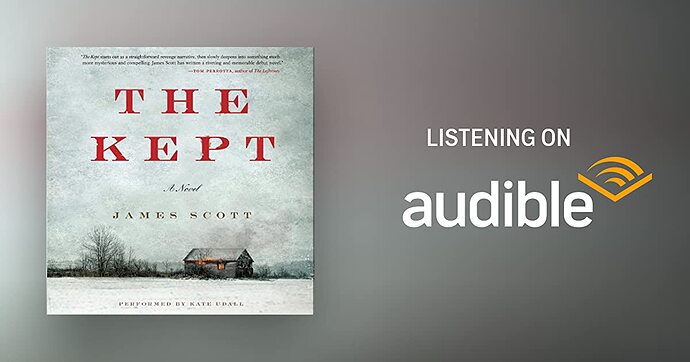 Check out this great listen on Audible.com. In the winter of 1897, Elspeth Howell treks across miles of snow and ice to the isolated farmstead in upstate New York where she and her husband have raised their five children. Her midwife's salary is...

It was really well written, and I liked the characters and was deep into the story, when music started playing and suddenly it was over. The end was really abrupt. It just…STOPPED. There was no closure, no wrapping up of things, no “whew, so that’s what happened.” So although I do recommend it, I do so with the caveat that you shouldn’t count on having all your questions answered. I mean, I guess no ending is better than a BAD ending, so there’s that, but still…

Prior to that I read the Red Rising series, which isn’t complete yet: 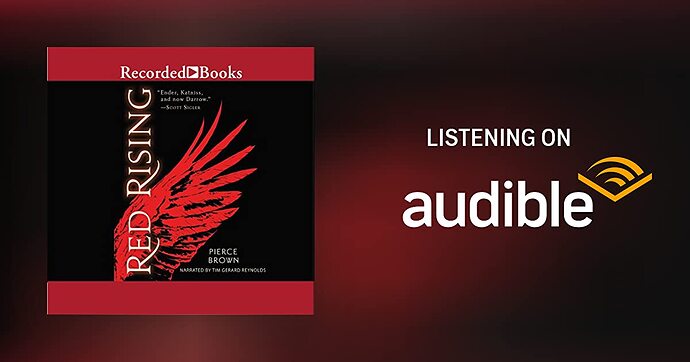 Check out this great listen on Audible.com. Darrow is a Red, a member of the lowest caste in the color-coded society of the future. Like his fellow Reds, he works all day, believing that he and his people are making the surface of Mars livable for...

The first book was sort of reminiscent of Hunger Games, in some ways. I mostly loved it, but as the series went on I felt like there were fewer character relationships and interactions, and more soliloquies and politics, and it kind of lost my interest a bit. Which is good in a way, since I’m not lying awake nights chewing my fingernails waiting for the next one to come out.

And right now I’m reading this one: 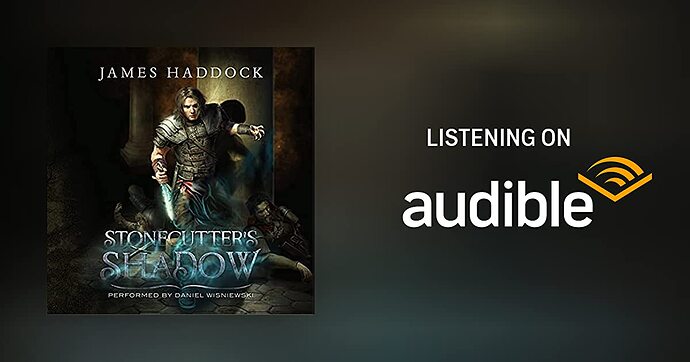 Check out this great listen on Audible.com. A coup has thrown the kingdom of Farshores into turmoil, and one of the pretender’s first moves was to order mercenaries to invade the Mage District and put all its inhabitants - men, women, and children -...

It’s kinda fun because the main character is a mage with powers I am totally envious of. He rather conveniently discovers new dimensions of his abilities right when he needs them, and sometimes I don’t really get the logic of why he does things the hard way instead of using his abilities, but I just try not to think about that too much, and just enjoy the story.

There’s a reason this was a best seller. 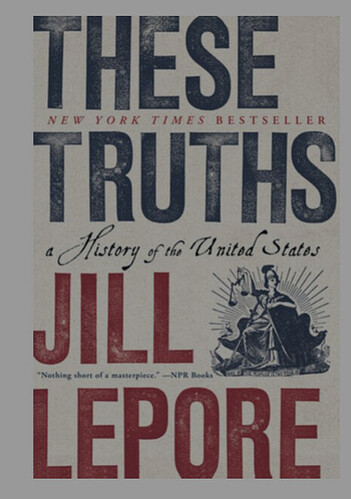 She is a professor of American History at Harvard. After reading it - you will understand why.
It’s a heavy lift at 790 pages with 200 pages of references. And it’s comprehensive, The story begins in 1492.
Man, I hate to finish a good book. 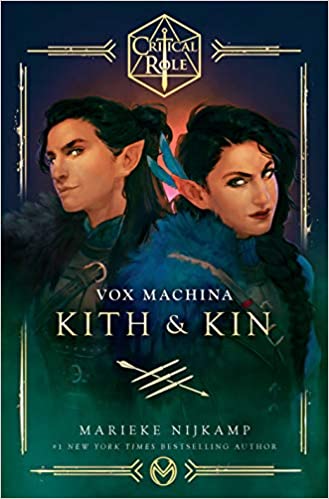 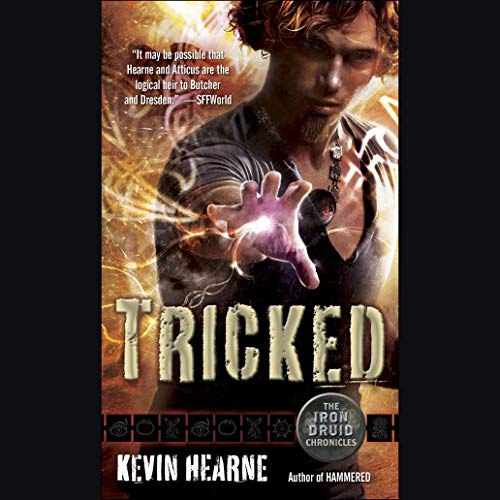 While impatiently waiting on Jim Butcher to release the next book in the Dresden Files series.

One of my all time favorites. Started reading them on kindle and decided to try an audiobook. The narrator is RC Bray and he’s great. The read well in print too. If you’re a sci-fi fan I highly recommend the series. My opinion is it’s worth it to sign up for kindle unlimited just to read this series.

I also like the Butch Karp series by Robert K Tannenbaum - legal thriller with some spy stuff thrown in. Absolutely fantastic.

I used to know some guys who would go down there and do some door kicking. Scary stuff.

I am currently reading the Expanse series (loved the show) 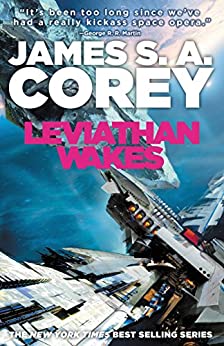 Leviathan Wakes (The Expanse Book 1) - Kindle edition by Corey, James S. A.. Download it once and read it on your Kindle device, PC, phones or tablets. Use features like bookmarks, note taking and highlighting while reading Leviathan Wakes (The...

Axiom’s End is the beginning of a fantastic “first contact” series: 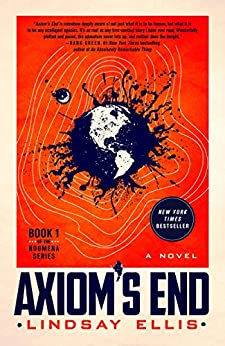 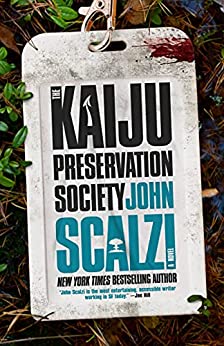 Song for a New Day is an amazingly prophetic novel written in 2019 about a post pandemic America where gatherings for live music are mostly outlawed and the Underground club scene is at war with Corporate VR companies. 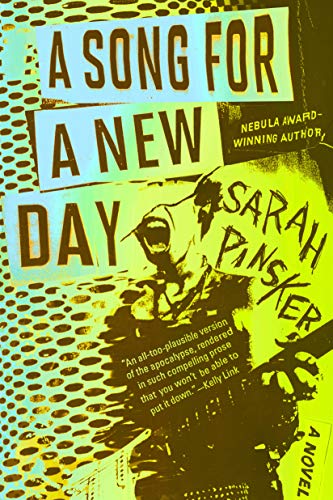 Sea of Rust is set 30 years after the robot apocalypse. No humans, but our creations inherited a lot of our less charming qualities. 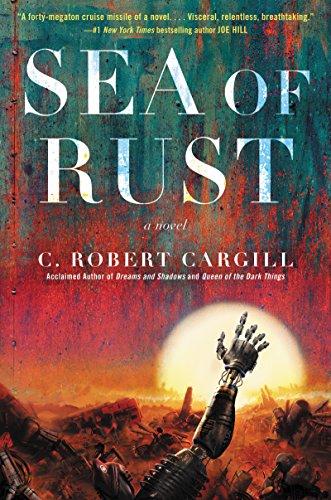 Sea of Rust: A Novel - Kindle edition by Cargill, C. Robert. Download it once and read it on your Kindle device, PC, phones or tablets. Use features like bookmarks, note taking and highlighting while reading Sea of Rust: A Novel. 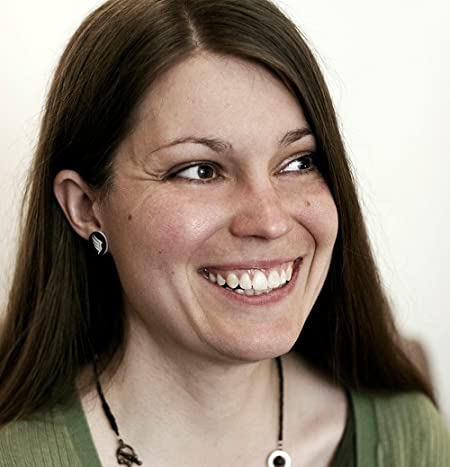 Start with “The Long Way to a Small, Angry Planet” and thank me later.

Wow, they must have some good stories.

I am currently reading the Expanse series (loved the show)

absolutely. one of the best sci-fi series there is.

I’ve started re-reading Chaz Brenchley’s Crater School because the latest one is out. British school girls on Mars - it’s fabulous! 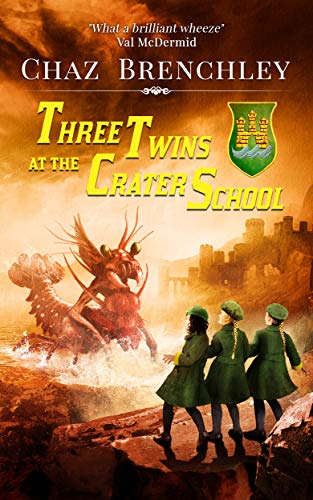 Last night I read the comic version of Roughing It In the Bush by Susanna Moodie, I have the full version given to me by my neighbour which I will get around to reading at some point, but she also shared this short version with me.

I am also part way through the Sebastian Bergman series written by Michael Hjorth and Hans Rosenfeld who was the creator of The Bridge (Bron/Broen) Swedish/Danish television series which I loved.

I don’t have much time for reading but I do love it so thanks for the recommendations!

I haven’t read a books for several years. So sad. But I did stock up for vacation. Neal Stephenson’s latest, William Gibson’s latest, and latest in Red Rising.

I enjoyed Gibson’s The Peripheral and Agency! Good choice.

Seven Eves was good but, wore me out. So, taking a break from Stephenson for awhile.

Both excellent retellings of Greek myths from slightly different perspectives:

The Song of Achilles: A Novel

I adored Red Rising, but didn’t like Golden Son anywhere near as much…I’d love to hear if it’s worth diving back in!

I’m currently just reading coursework for AWS Sys Ops, it’s not for fun but it will help with work

I will be on the AWS Developer certification next. I started the Practitioner course before I realized I could go straight to the Developer, so I am going to finish it before starting the next.

Makes me even more glad for fiction.

Are we talking the “Pilots Handbook of Aeronautical knowledge” from the FAA or something else? If so, good stuff just real dry.

Yes, that one, and the drone textbook the professor wrote for the class in taking, that one is actually a good read. But some of the study guides I’m using are boring. The most exciting thing for me in those are when I finally decode a METAR.

It’s funny that they still teach that. Something to be proud of like knowing Morris code, but unnecessary.

I keep vasculating on whether or not I should do my part 107.