Hello all/Tech Support,
I was running a batch of key rings that had been tested and fine tuned so should have been straight forward. It was straight straight forward until the very last engrave…and cuts. Something seems to have shifted but it was not the work piece. Once the engrave was off the final cuts were also off. so unfortunately for me that scraps the hours work. 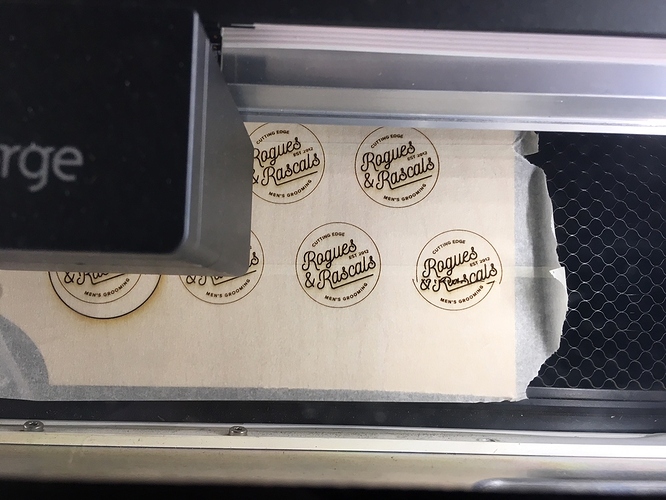 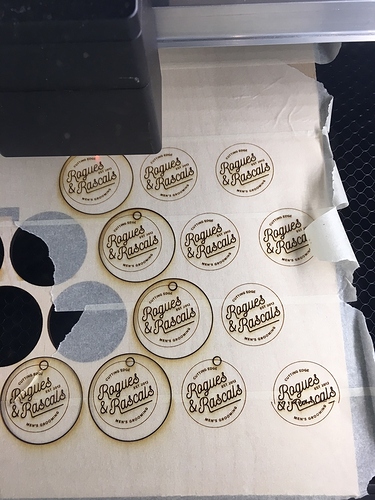 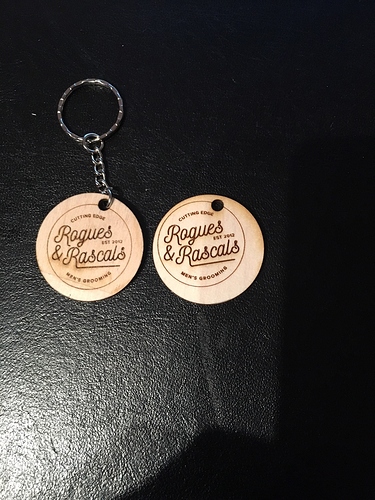 Appreciate any feedback or help.

Every days a school day!

BTW its an optical illusion. Both are the same size.

Yep. That would do it.

Check the rails, make sure the wheels didn’t hit anything. Turn the machine off and slowly and carefully move the gantry forward and back, looking for resistance anywhere. Then shift the head left and right, again checking for resistance.

Pay particular attention to the area shown there where the lower right hand key fob is placed on the bed.

Thanks Jules. I will try that tomorrow.

is it possible that the air-assist scoop under the head bumped something, or caught on the exposed tape ends?

unrelated to the offset…

Check your overlapping masking. I added tape to a cutting board I was engraving and the double layer of tape altered the depth of the engrave.

Just done what you suggested every thing up to that point is fine, the area in question does seem a little rougher than the rest on the x axis. I moved back and forth a few times and it seems a bit better now although not as smooth as the rest. I’ll give the area a closer inspection and clean later on today (I’m only at around 20 hours operation time) I’ve got work needing done in the garden first. Will update later.

A quick look and I don’t think so but will take a close look when cleaning it later.

Thanks for the tip, will look out for that.

Thanks for letting us know about this. I’m sorry your print didn’t turn out quite right.

I extracted the logs to investigate the issue, and it appears @jbv 's suspicion was correct. I can confirm that your material shifted during the print, and it’s likely the printer head caught on the loose ends of the tape.

I’m going to close this topic. Please post a new one if you have any other questions.