Whoops! How to make Fireflies

Looks like it’s going to be a weekend of cautionary tales from me, but if it keeps someone else from having a freak fest, it’s worth it… 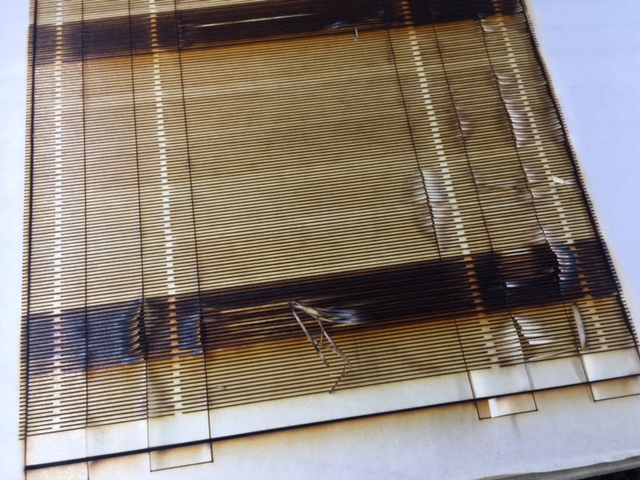 This is what can happen when you are cutting living hinges on inferior (and by inferior, I mean non- Proofgrade level) paper masking tape. I’ve been trying to use up the roll that I bought pre-forge, and didn’t pay attention to the scoring order on the hinge…by scoring the vertical decorative lines first, the masking tape heated and came unglued during the horizontal scores, and started making like little teeny tiny flaming fireflies.

Fortunately the paper bits were small enough that nothing caught fire other than the bits, but it made for a tense 45 minutes of watching. See the really long curly strands in the center? Those got blown into the path of the beam and were launching flaming streamers. Kind of exciting, but not the way I wanted to spend the evening.

And the after shot…the cut was fine, but the staining from all that flaming action ruined the wood anyway… 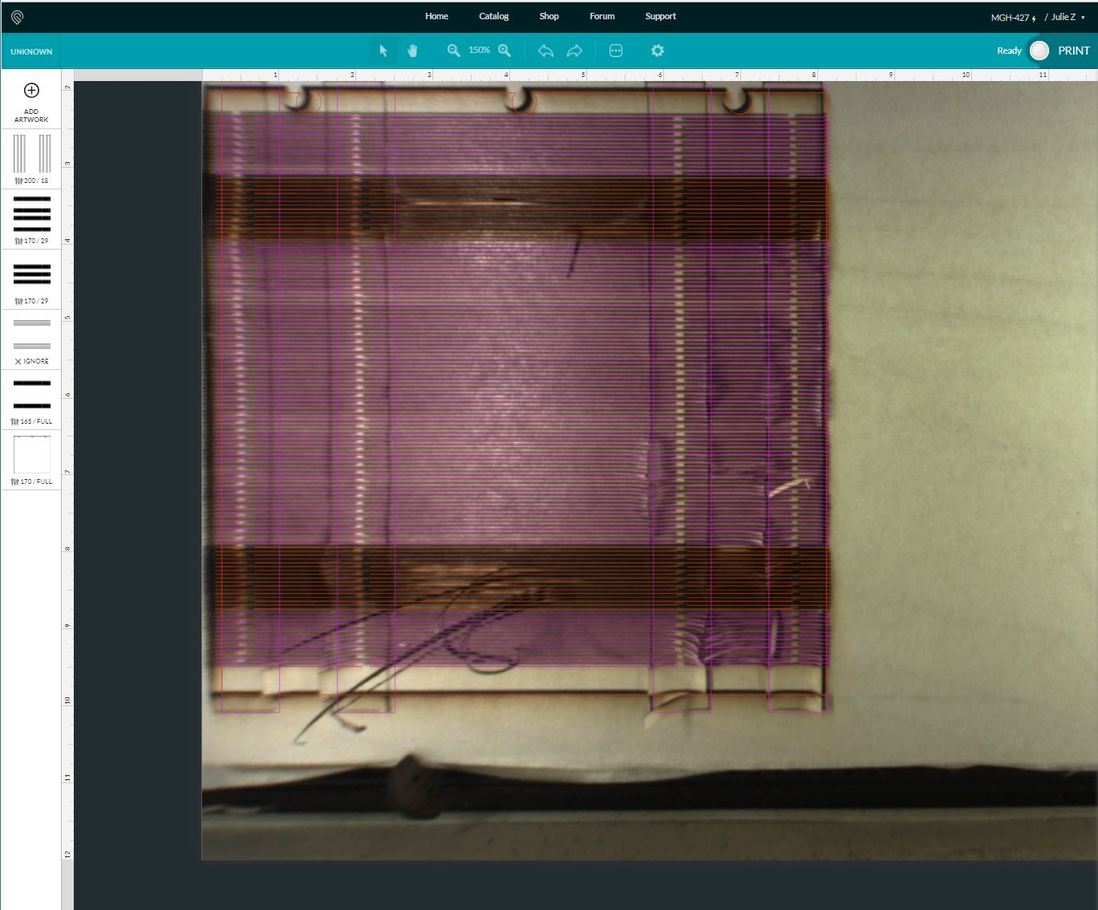 So anyway, just be careful what you use on your material. Make sure it’s sticky enough to handle it, and save yourself some rework.

The way you describe how pretty the tiny sparkles were it makes me REALLY want to try this.

What kind of backing paper did you have before?

Thank you for your service.

When possible (read: when I remember), I’ve taken to applying goofgrade masking at least a few hours before use and really press it in using the hard rubber squeegee-deal from my Silhouette. If it’s still sticking after a couple of hours, it seems to make through the GF ok…

Some good advice here. Thanks for taking one for the team!

This one was Main Tape brand, but I’ve had it a while so it might have lost some sticky over time. Just keep in mind, if it’s easy to peel off, it might not be sticky enough to do the job.

Maybe a light pass with an orbital sander would clean up the surface stain and save the day. 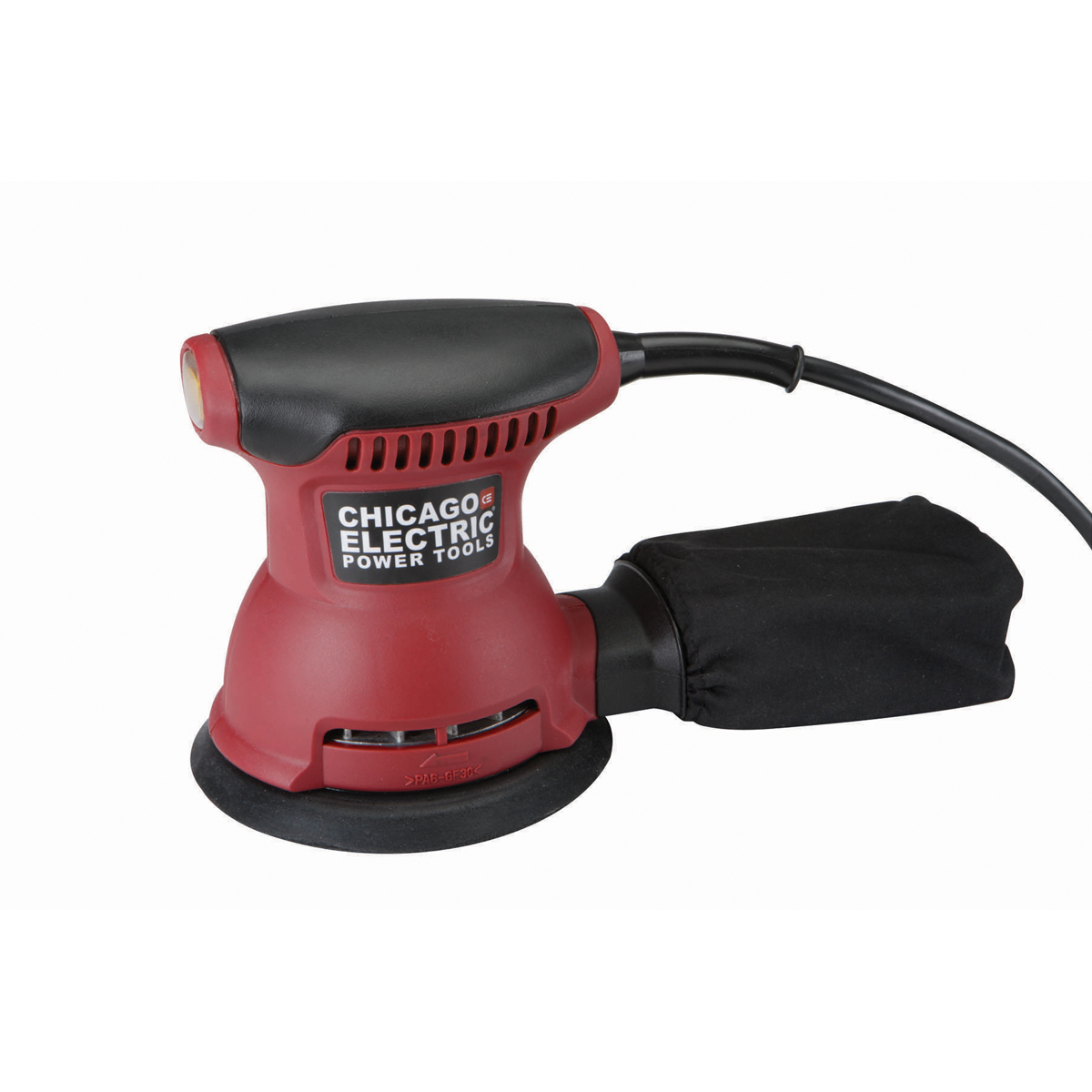 Orbital action for swirl-free finishes. The palm sander is constructed with an industrial fan-cooled motor that delivers 12,500 OPM (orbits per minute) to smooth your wood quickly and efficiently. The sander features a rubber palm grip for...

Doh! Wish, I’d thought of that before using it to test various stains! (Next time I will.)

Yep. Spot on. B-PG I used that all the time (actually a Ryobi One+ battery powered one but same thing). 30 seconds with a 350 grit (probably could have gone with 220) was all that was needed.

Now that I use PG or quality masking (PG convinced me to use good masking on non-PG material) I don’t need to pull out the sander as often but it is handy when you want to clean up staining on wood.

Harbor Freight has crazy sales on stuff like this every once in awhile. I paid $12 for that sander a year or so ago. Couldn’t pass that up.

I have been real happy with the results of using hand sanitizer on smoke stained wood it does soak in but just as it evaporates off your hands it also evaporates off the wood. As it desolves the glue on the masking as well it makes weeding as simple as wipe on, wipe off.

Same - love the cordless aspect ! @Jules - what were you making the ginormous living hinge for??? Wanna see !!

Kind of exciting, but not the way I wanted to spend the evening.

I’m jealous. Setting stuff on fire sounds like 'way more fun than how I spent mine!