Anyone know why the SVG file that I uploaded to the gallery looks different when it opens on the actual print screen? I’ve tinkered with the file half a dozen times and nothing changes it. It clearly shows up correct on the gallery page so I’m not sure what’s getting lost in translation. 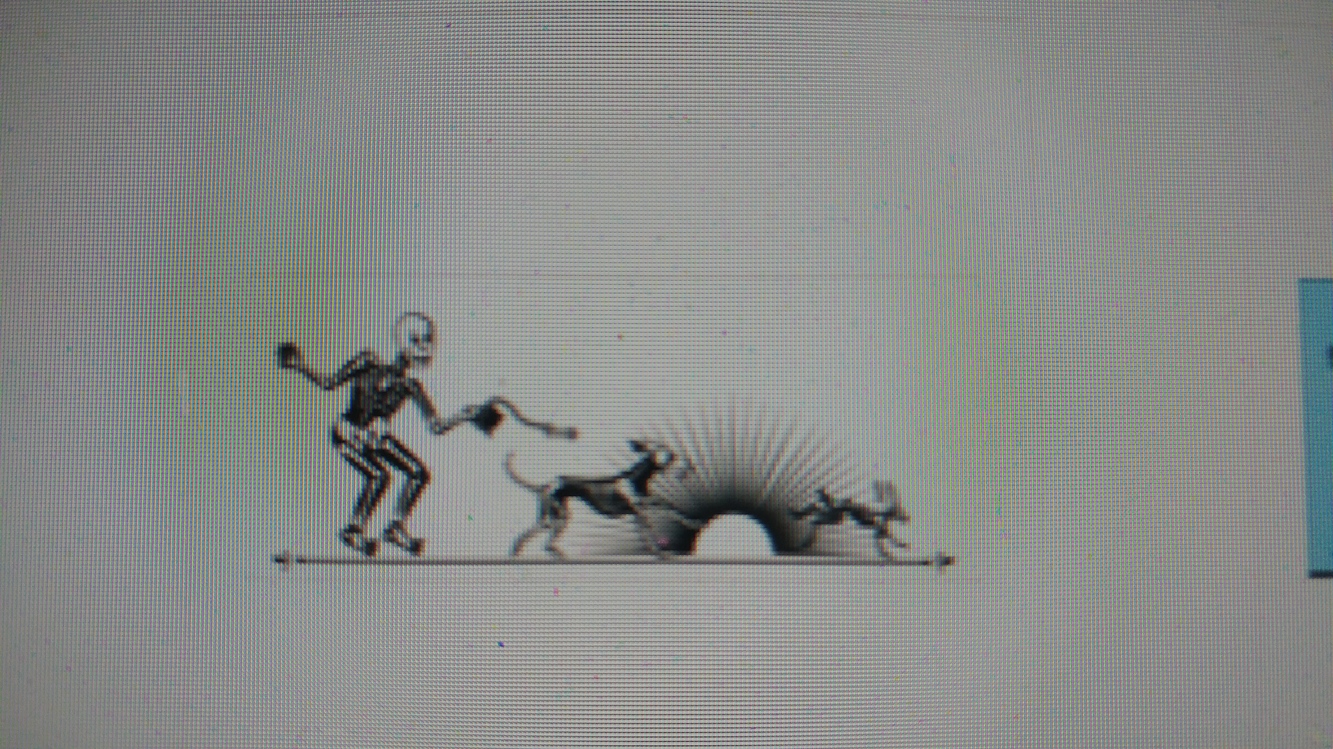 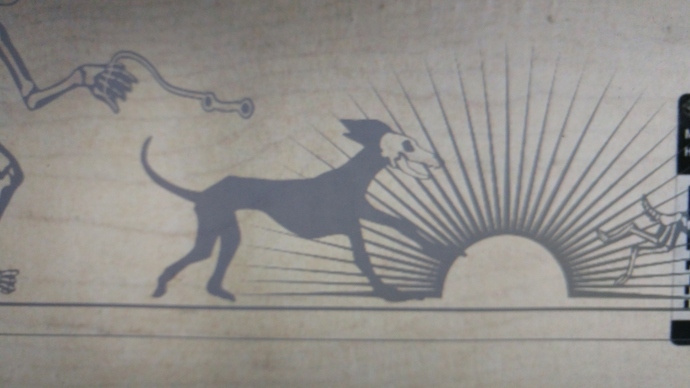 EDITED TO ADD ANOTHER EXAMPLE

It’s doing it to another file too.

All the information seems to be in the SVG file as when it’s set to cut or score, all the elements show up. When the same elements are set to engrave, some of it disappears. 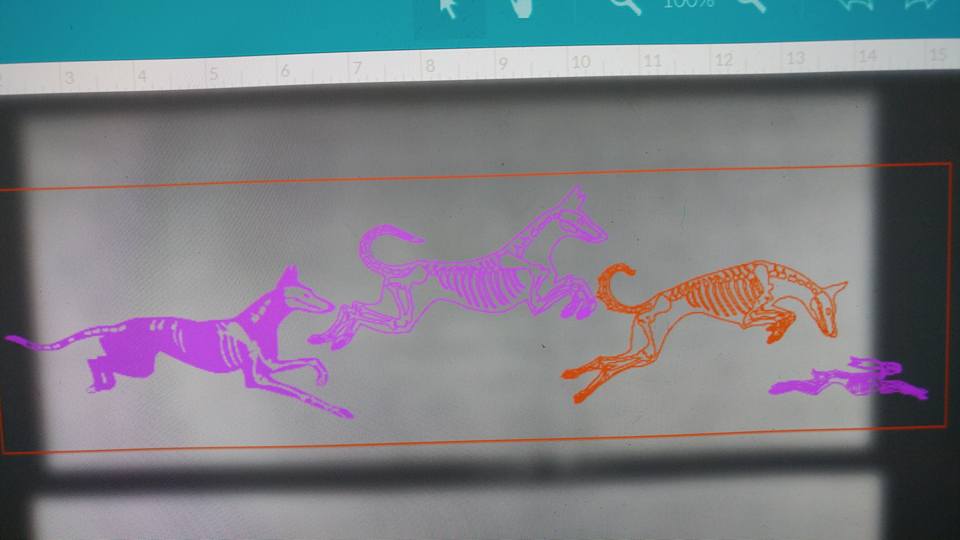 This shows the same file with all the elements set to engrave. Notice the skeleton pieces that show when set to cut/score are now missing. 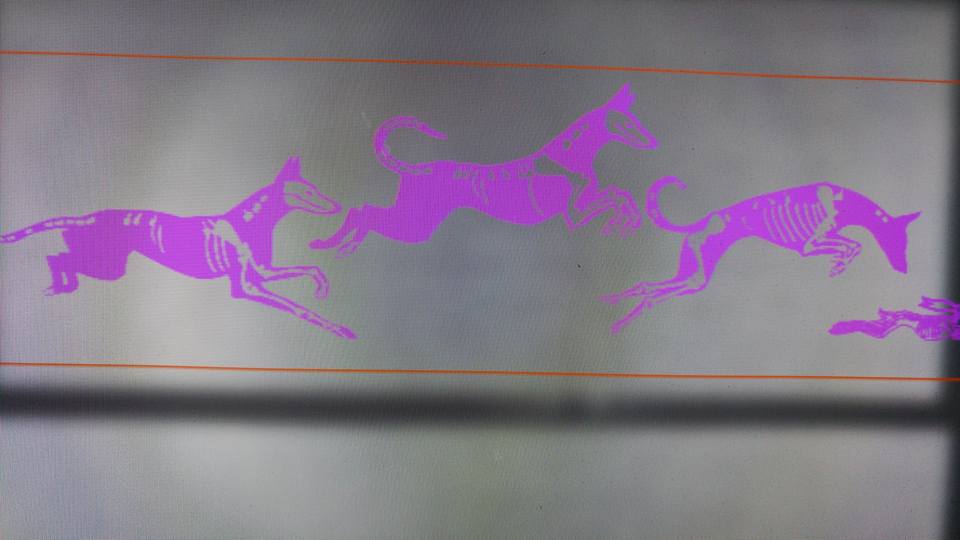 I thought maybe it just wasn’t showing correctly in the preview and would engrave, but it didn’t. What you see is what you get. 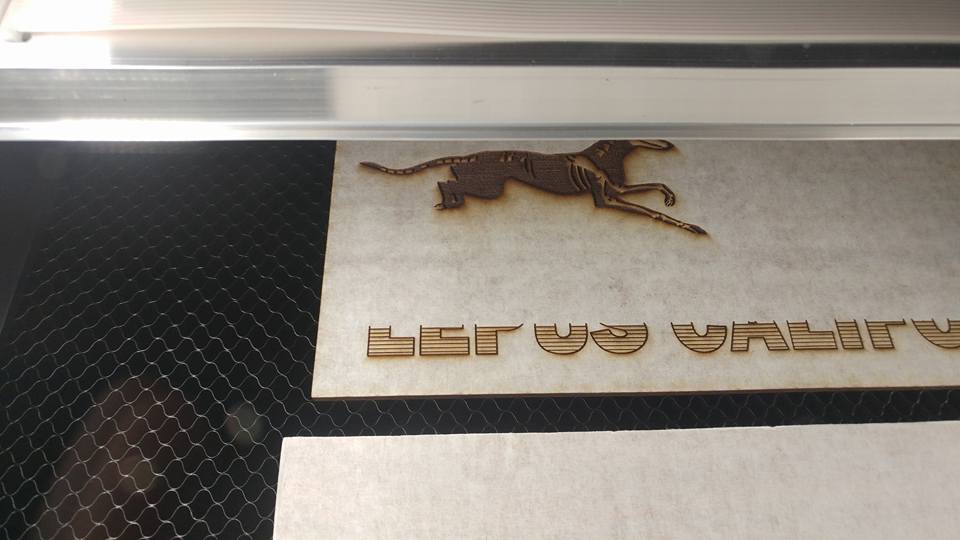 It will appear gray if it is outside of the cutting area. (Or if it overlaps the edge anywhere.)

That’s not it as it’s in the middle of the bed. You can see the other larger elements are showing correctly. I’m thinking it may not show correctly, but the information is there and it will still engrave correctly. I’m going to do a test and see. Hate to burn material to find out it doesn’t work tough.

Edited to add it’s doing the exact same thing on another similar file.

I wonder if maybe you have shading in the svg? It won’t do vector shading at this time… only raster. So if that’s the case it’d all be the same shade and you’d lose that shading detail. Just a guess. Maybe post the svg you’re using?

Wow you’re jumping right in with some cool stuff!

It’s hard to say without seeing how the file is constructed, but it looks to me like you have some white fills in there that while it looks like “blank space” to you, the GFUI is seeing the fills and engraving them.

yeah, this was my thought, too; posting mainly to see what the answer ends up being.

If the vector shapes are grouped together in the SVG file instead of those paths being “combined”, the GFUI is going to see them as individual items and give all of them an engrave fill.

The vectors need to be combined into one entity, in other words all the interior shapes need to be subtracted from the main body for them to engrave and leave the spaces open.

@mpipes may have it, or may not, we will know when you find the problem. Something I’ve learned to do because I am so bad at this is to keep the program open so I can save different iterations quickly and upload them almost real time. IOW if what I am seeing is not what I meant, I’ll try a combine instead of a group or some such and click save_as then upload that and see if it is fixed. Then when I see what I did wrong I will note it so I know better next time.

I wonder if maybe you have shading in the svg?

Good guess, but no shading at all.

It’s hard to say without seeing how the file is constructed, but it looks to me like you have some white fills in there that while it looks like “blank space” to you, the GFUI is seeing the fills and engraving them.

The vectors need to be combined into one entity, in other words all the interior shapes need to be subtracted from the main body for them to engrave and leave the spaces open.

That’s what I would assume too, but damn if I can find any loose pieces. I broke apart
and combined the file 20 times. The file only had four objects and there were no unaccounted shapes I could find. I have even gone as far as break everything apart and make sure all the shapes are closed with no broken nodes etc. and there was no change.

OK, I simplified it down to one shape and I’m gonna share it hoping someone else can find the issue. Interesting is if I save it as a PNG, it shows correctly. (But I can only engrave it.)
The same file as an SVG, and pieces are missing.

Can someone take a look at it and load it to he GUI and see what ya get. My head hurts from banging against the wall lol

fwiw, when i open that SVG in illustrator, this is what i see. 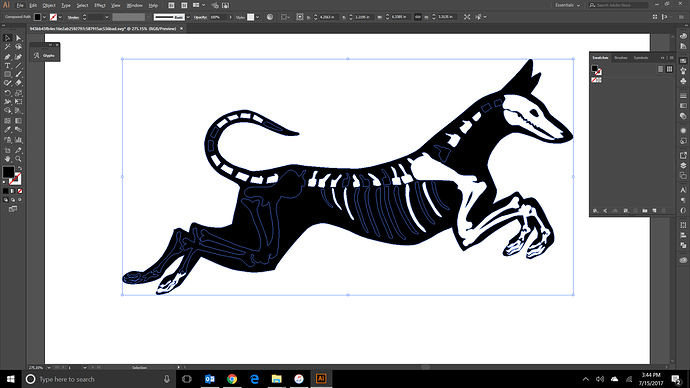 a number of the skeletal bones show up as black fill (the ones you see highlighted in blue). not sure what’s causing that.

it looks right in a viewer, but i wonder if what’s causing illustrator to read the file wrong is part of the problem.

That’s similar to what I see when I load this into the GFUI: 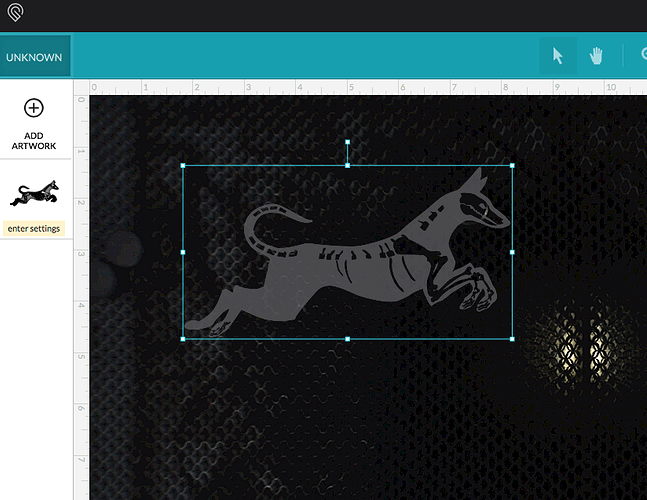 Thanks for looking at it.

Well, that’s the (unknown) issue then as it’s exactly what GF is seeing. Now I have to figure out what’s happening in the SVG save. Interestingly, the GF saw the same SVG correctly for the below job where I scored the parts I am now trying to engrave. Not sure why it doesn’t like it when I reverse the operation on the pieces. 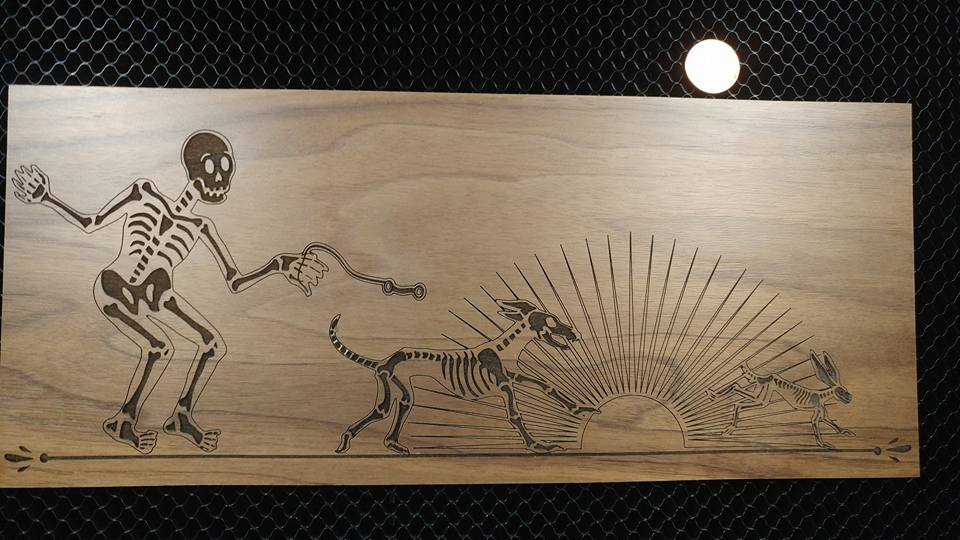 Oh wait a minute…I understand what’s going on. You have to use the Subtract button to remove the white fill from the black underneath. (Create a compound path.)

The GFUI will treat any fill, even white fill color, as something to be engraved. Subtract the white out and the vector will engrave correctly. Otherwise you do have to do a raster engrave. (Lots of stuff in the tutorials on it.)

Select the white and black parts, go to the Pathfinder palette, and select Minus Front in the Shapes Mode.

The GFUI will treat any fill, even white fill color, as something to be engraved.

I bet that’s it. Something really hard to wrap your head around is how the program sees things. We see white and associate it with “nothing there”. But if it’s a white fill it’s just another section to engrave. And layers matter - e.g. is it on top of something it looks like the part under it isn’t there but to the machine the underlying portion is still there and it’s got another solid shape on top of it - the subtract operation and a null fill is needed to make the machine skip that space.

I had a similar issue with some of the bones not appearing correctly in Illustrator but they appeared just fine in a preview, like in Google Chrome. Weird.

I also made a copy of the dog outline and changed it to a green stroke for if you want to run a vector score around the engraving.

I bet that’s it. Something really hard to wrap your head around is how the program sees things. We see white and associate it with “nothing there”. But if it’s a white fill it’s just another section to engrave.

Yeah, it’s weird to get use to it, but I cut a lot of vinyl and have dealt with it for a bit. There was no fill and the image is just one compound path/object as far as I can find. I worked fine and was treated as one path when set to score, but parts of it become filled when you change it to engrave. I’m guessing there maybe are some node issues in the bad parts, but dang if I can find them. I’ll keep working on it.

I had a similar issue with some of the bones not appearing correctly in Illustrator but they appeared just fine in a preview, like in Google Chrome. Weird.

It is weird, right?! At least I don’t feel crazy now that someone else had the same thing

I’m running a job now, as soon as it finishes I’ll give your file a shot. Thanks for making it! I’m guessing it’s a node issue somewhere…

I think I found some broken nodes and I’m in the process of joining any broken nodes. Hope this is the issue!

I found some self-intersecting paths/curves in the pieces that did not show up in the engrave. There’s actually a twist in the path right at the node that I highlighted. This could be giving the GFUI the fits when it tries to determine what to engrave. This particular area should probably show up in the cut/score as well though as extra burn where the laser followed the twist in the path, or maybe it’s too small to tell. 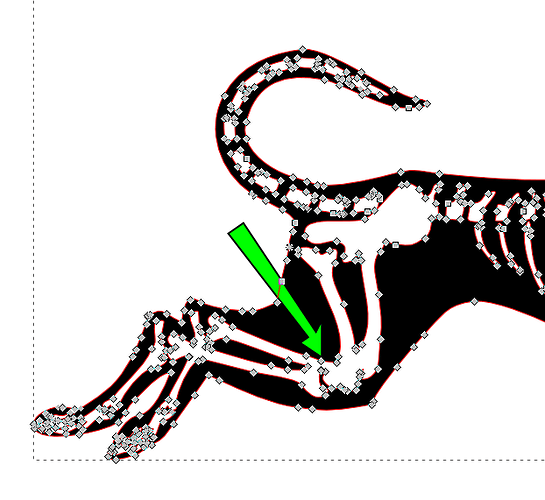