I was trying to engrave an knife for a friend and the engrave was WAY off target.
Sorry I don’t have a pic of the screen before I pulled it out, but I swear the image was over the taped off section of the knife. The image is FAR to the right and lower than it should be even after a manual calibration with some crosshairs. 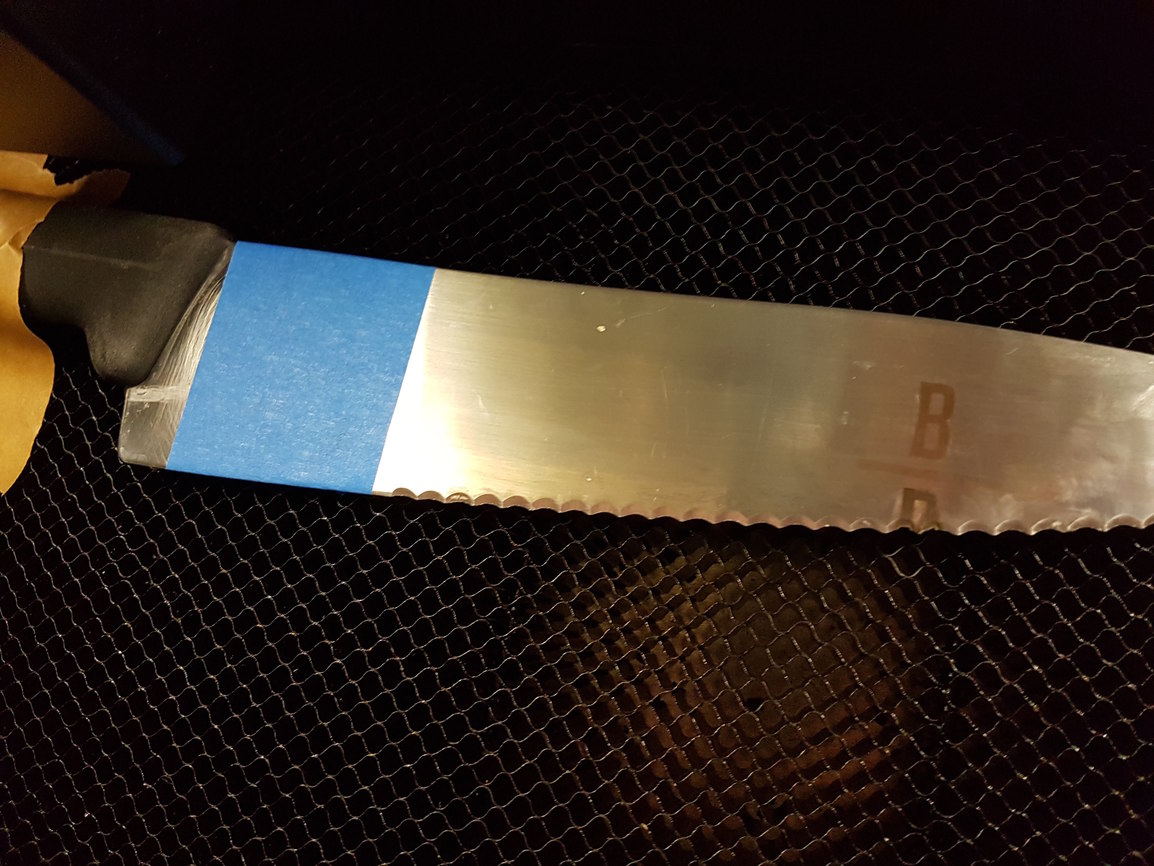 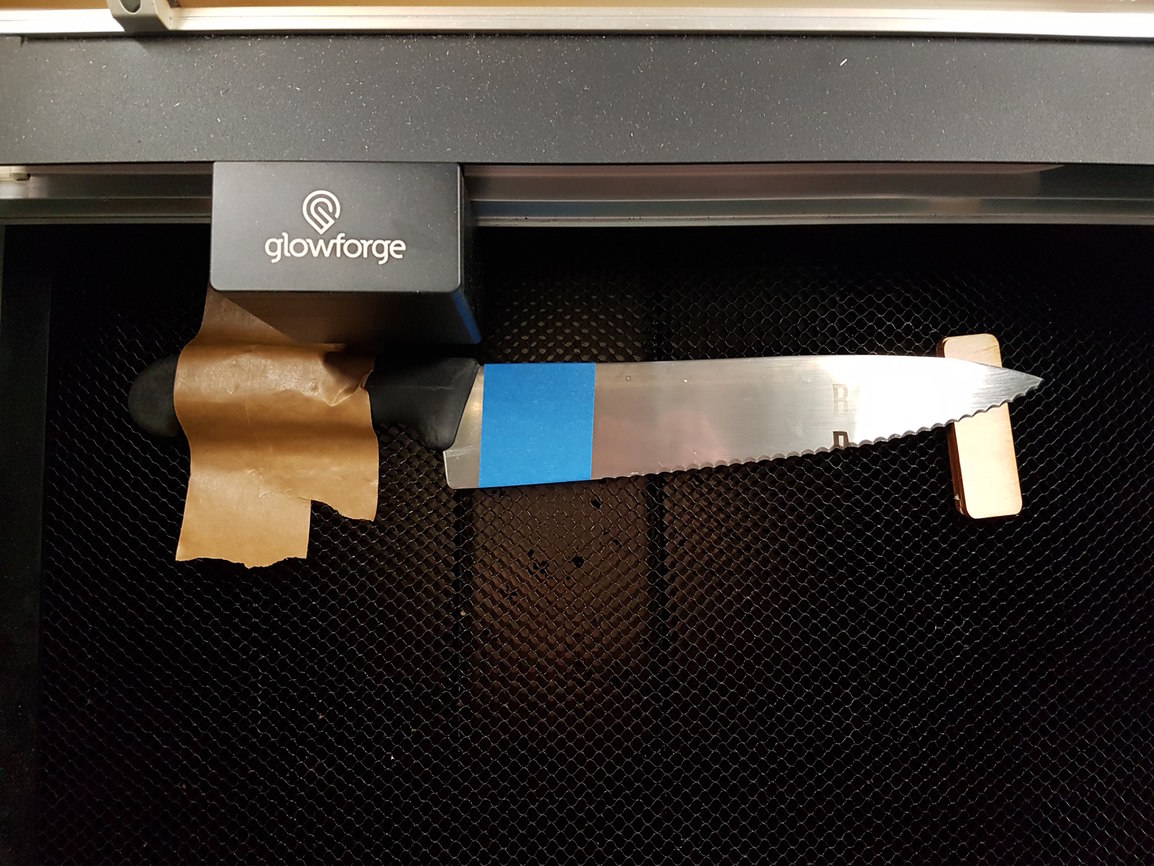 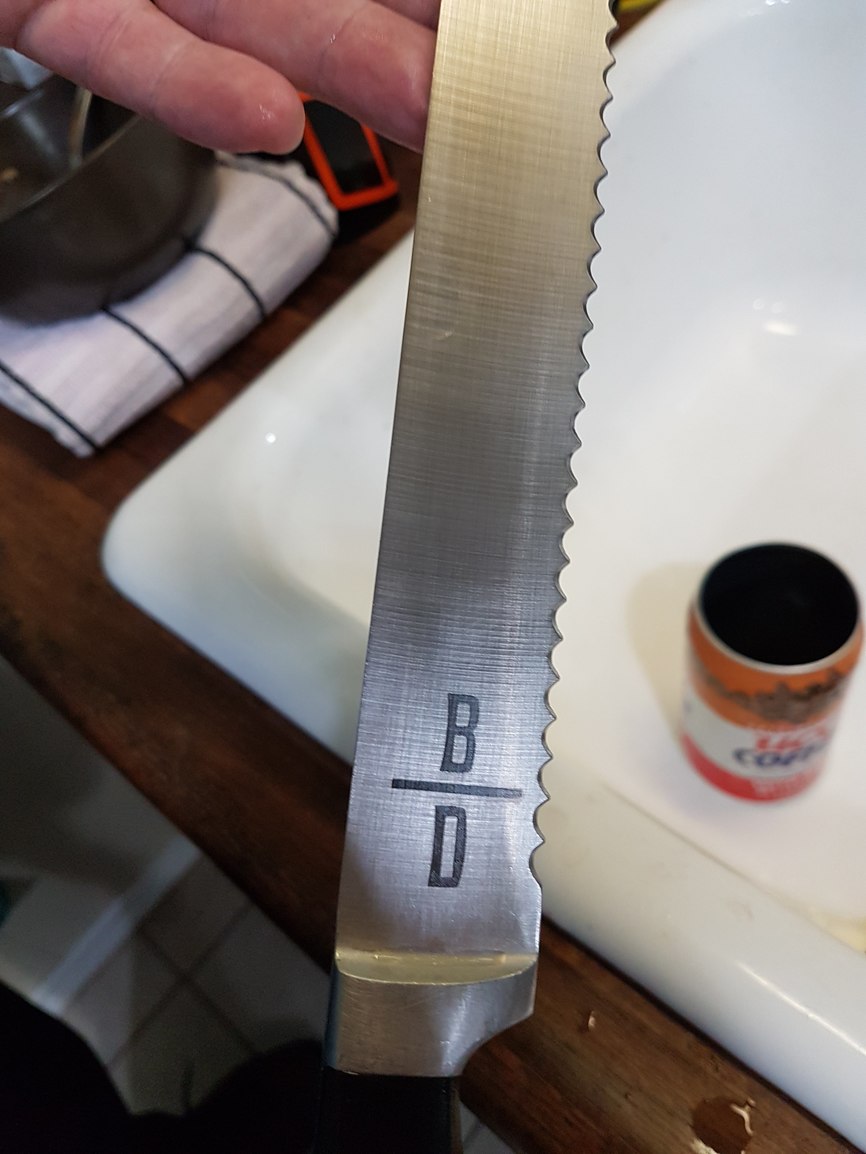 Only other times I believe we have seen it that far off is when the head is “lost” - either because it was moved accidentally or because it lost steps hitting way over on the right hand side (only on some machines, I guess - hasn’t happened to me).

If you post the time of the job run, Support can probably look at the bed images and log info to see what happened.

The job was run very recently. A few minutes ago. We tried again with a piece of wood and it’s still off. I did notice the head was not to the far left when the last job finished. How do I get the head back to where it should be? 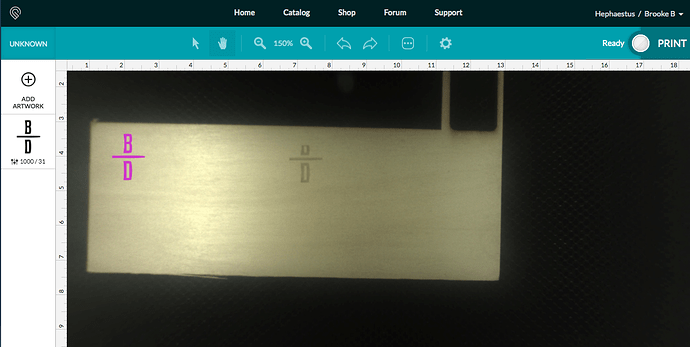 Allow it to go through a recalibration cycle. Turn it off and back on.

Alright, it seems to be fixed after a reboot. I really don’t think I bumped into the head and the job wasn’t anywhere near the right side. Any other ideas as to what caused this? The job right before this one was fine.

Perhaps it hit the knife? The air assist hangs down farther than you might expect.

Perhaps it hit the knife?

This seems plausible – I try to keep the high side of irregular engraving objects to the right or front of the engrave area whenever possible, rotating designs as required. Glad to hear the reboot worked!

If the air assist did hit the knife, it likely happened during the Scanning stage before the engraving actually started. The air assist hangs a lot lower than the head. When I had it happen, it hit the foamcore before the processing started. (And it also knocked the gantry askew, so you’re lucky that didn’t happen.)

I’ve knocked the gantry askew and moved my material and generally made a mess when trying to do the low part of a taller object.
The air assist and fabric as a unified team are the one thing I didn’t anticipate when deciding that I didn’t really need a pro - and I totally did “need” it.
Ah well. Basic does most everything. I am happy.

I’m glad I upgraded, even if I did wait too long. (Should have done it before getting the PRU…I could have saved a few bucks if I had gotten in before the first price jump.)

They should have given you a big discount for all the work you do for them.

From the back looking forward under the gantry. That triangle you see is the fan duct, and I’m betting it hit the knife handle. 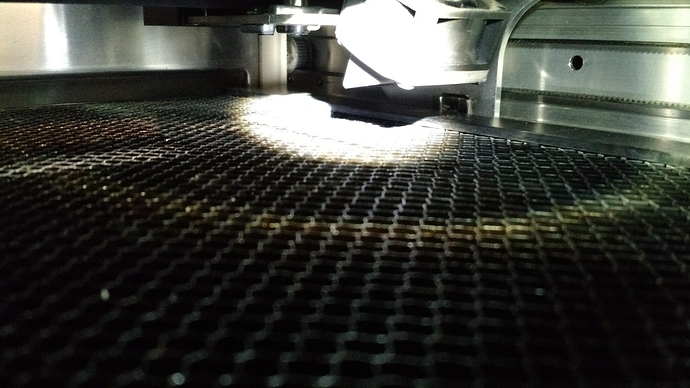 Front looking back, that is a 3/4" block next to the duct. 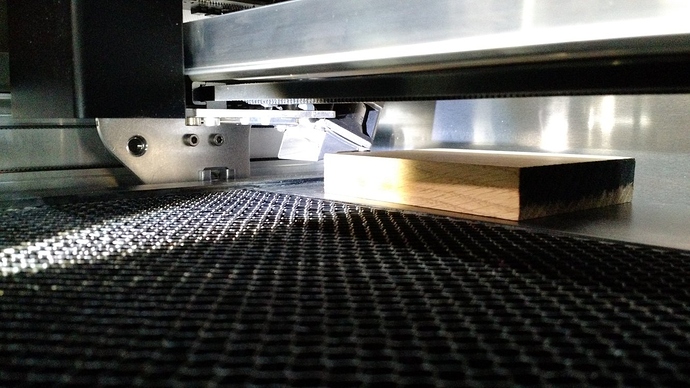 If you wanted to do that without having to remove the tray and shimming the knife up, you could orient the blade with the tip pointing to the back, and the fan duct wouldn’t go forward enough to hit the knife.

Sure is nice and clean looking under there.

I wipe it down periodically, I like the way it sparkles when it’s clean - especially the tube. It almost took a putty knife to clean the pre-release when I sent it back so I’ll keep up with regular cleaning of my precious.

They should have given you a big discount for all the work you do for them.

That wouldn’t really be fair to everyone else. They haven’t asked me to do anything I haven’t volunteered for, it’s been my choice to get involved.

I like it that way, because I can walk away from it when I choose to. And I wouldn’t accept anything for it anyway, beyond a simple “thank you”.

That wouldn’t really be fair to everyone else.

Not surprised you feel that way, but everyone else didn’t pour themselves into tutorials and help around here like you have.

Oh yeah they did! I didn’t write all of those things by myself, I just gathered them. (Definitely a group effort!)

If the air assist did hit the knife, it likely happened during the Scanning stage before the engraving actually started.

I am thinking that could be responsible for a lot of “unexplained” losses of registration. Clip something during that traverse back to the upper left (or get pulled really hard by a magnet) and you’re off without anything having happened during the period when people are paying attention.

Hmm, I wonder if the accelerometer stuff is even enabled during that movement. If it weren’t the machine would never become aware of an issue.