Was just trying to engrave a logo. I and I had noticed this with something else prior that I had engraved… The laser wasn’t firing at ALL when it was supposed to be engraving. So I cancelled a few times… tried again… nothing.

Finally I went and rasterized the vector that I had and tried it again. And noticed that it had TWO logos. One raster and one vector. In the original file I THINK I actually had two vectors on top of each other because I had made a copy to make sure I had the original handy while I fiddled with it. But what I’m seeing is that if there are two black objects in a file and they intersect, that cancels out any engrave. In this case it cancelled the entire engrave since the two logos were identical and sitting on top of each other.

Should this be the proper way it behaves? I would THINK that we would want OR logic, not XOR. IE: anything black is engraved regardless of what’s underneath it.

Now that I know what’s happening, it’s not TO big of a deal as I can just make sure I take that into account and weld the objects together into one… but it sure had me scratching my head for about a half hour trying to figure out why my engrave wasn’t working.

Yes, overlapping vectors will always cancel. What you need to do is select the multiple vectors then do a Unite operation on the vectors.

This is the expected behavior that has been in since the pre-releases. Could be called a bug by some who come across it, but it’s actually a feature, for reasons. I’d be curious to see what logic went into making this the choice. There are many different ways to process overlapping objects, especially when you start thinking of z-order.

My uninformed opinion is this is to prevent multiple runs over the same path, which could result in unwanted charring or similar.

It certainly could have been something they fixed if there was no real reason behind it.

Possible… I HAVE seen it make multiple passes when I had some overlapping CUT lines though. But perhaps they weren’t quite as perfectly aligned as I thought. It was just two quarter inch vertical lines cutting some chipboard. Didn’t think much of it at the time, but now I have a little more insight into what’s going on.

In any case, as long as it’s a known featurebug… that’s fine with me. I’ll just remember to make sure I don’t have anything overlapping in the future.

My uninformed opinion is this is to prevent multiple runs over the same path, which could result in unwanted charring or similar.

It certainly could have been something they fixed if there was no real reason behind it.

Although all of us have accidentally sent a duplicated file to the machine and it faithfully double cut… So not sure why that would be.

In my opinion it’s either a bug or a bad design. Either way I’d love to see it changed. 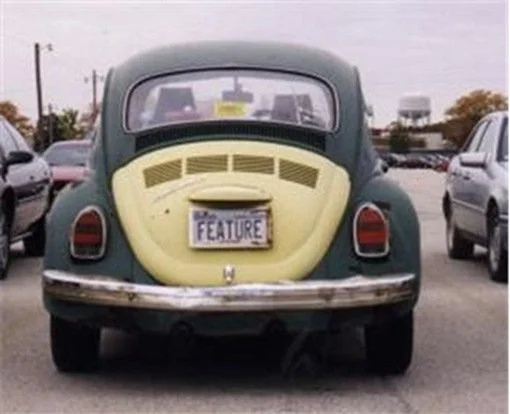