I have read quite a bit about it but had never been there. We spent a week driving the Tesla from Denver to the first National Park in the world.
Looking across the caldera that measures something like 30x40 miles, you notice the distinct lack of mountains here in the Rockies, because volcanoes build mountains, but super volcanos erase them. 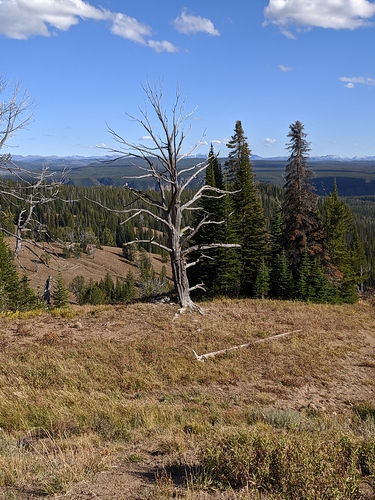 Here is a nice shot of the caldera rim at the west side of the park. 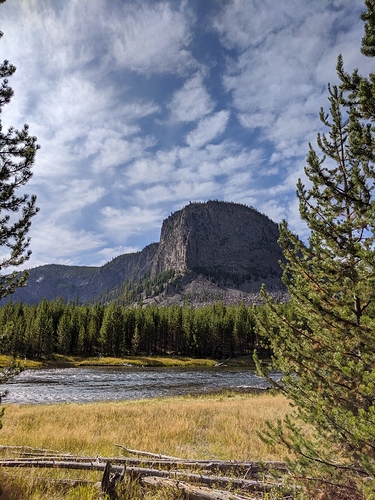 Here is a picture of the signature basalt lava that cooled slowly enough to form a crystalline structure.

No picture, but there is a feature called obsidian cliff, which is what happens when the cooling is quick - volcanic glass.
Here we discovered the reason for the traffic jam we were in for 20 minutes… 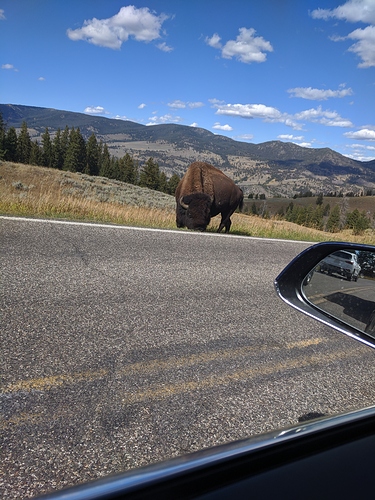 No one including me had ever been within 10 feet of what is pound for pound, the strongest animal on Earth, and I couldn’t fault anyone for needing to pause to get a shot.

An icon of the park that exceeds 300 feet.

Another icon, on the only bad weather day we had (first snow I’d seen this year). This is between eruptions. Not as “faithful” as it has been historically because one of the many small earthquakes changed the “plumbing” of the geyser. It takes just the right configuration of the vent to restrict venting, allowing pressure to build - 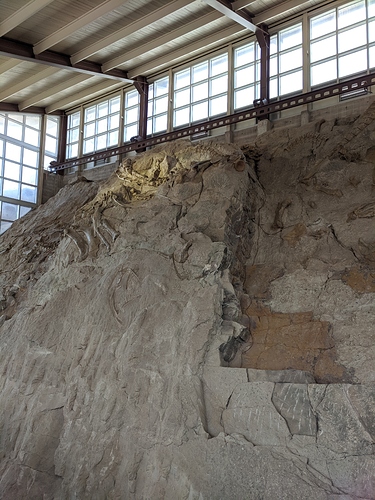 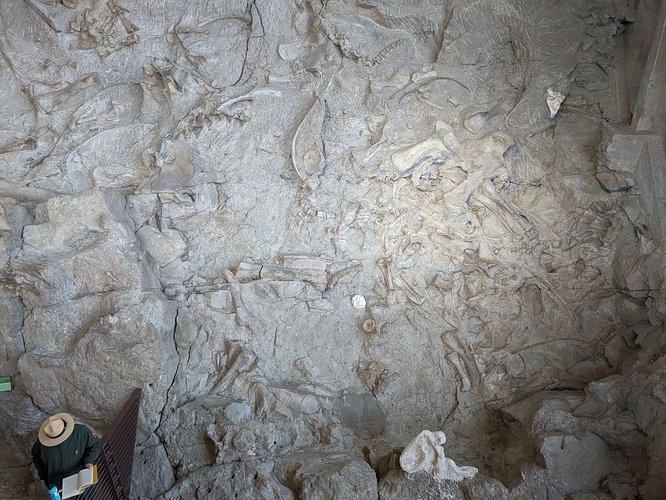 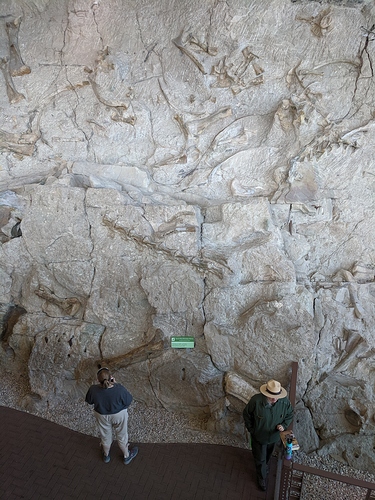 It was great, and the Tesla was flawless.

Did you stay in the park? We visited when we were at a dude ranch in West Yellowstone a few years back.

Thanks for taking us on a mini tour! Glad the Tesla behaved…

There are so many amazing photo ops in that park. The pictures almost take themselves! Looks like you had great weather (mostly). Sometimes lousy weather results in even more interesting photos, so it’s all good.

Can you believe those two numbskulls that recently walked out right onto Old Faithful?

Sometimes lousy weather results in even more interesting photos, so it’s all good.

Awesome trip, @PrintToLaser! Yellowstone was my final destination on my first “big” road trip - save the best for last! You should try Glacier next!

Beautiful, you have taken me on a trip

@eflyguy, no charge points in the park, the nearest is West Yellowstone, a small town immediately on the west edge of the park. We stayed there as the rates were better.

@cynd11, yeah, they have a court date upcoming, and will probably be banned from the park according to one of the rangers. I expect $$ will be involved also!

Thanks for the recommendation @jbmanning5! Nothing like the voice of experience.

While you’re in Glacier, stop and take pictures on the Going to the Sun Road. According to the park service it’s still open for the whole length but that can change so check the Glacier NP website.

Nice trip! We went to the Dinosaur National Monument when I was a kid. Funny, I was just telling my grandson about it on Friday.

Thanks for these photos and the road trip narration. As for the buffalo, I just returned from Colorado where I drove by three buffalo standing near the interstate (fenced in) watching the traffic go by. There are also two buffalo at a local golf course I frequent. Seems better to me that they roam free in Yellowstone.

The last time I was in Yellowstone we were a few cars back in the line as the Bison neared the road. About two cars from the front there was a motorcyclist. When he saw the car at the front wasn’t going to pick up speed anytime soon, he cut around the line and booked it out of there. Can’t say I blame him for not wanting to be that close to a Bison

Time before that an entire herd was walking down the road going the opposite direct as we were. Some of those were as tall as our big 12-passenger van

Sheesh. That was fast

Now you know who not to travel with

They really are monstrous.
Bison evolved on the great plains. A rancher that raised both Bison and cattle remarked that the worst thing we could do was to make them into a cow.
When the spring storms come and ranchers are desperate to save the calves, the Bison just stop calving.
When a cow will stand in 3 inches of snow and starve, a Bison in 3 feet of snow will swing its enormous head side to side down to the ground and graze, take a step forward and repeat.

It’s not the strongest that survive - it’s the most adaptable.

Sheesh. That was fast

Now you know who not to travel with

I didn’t set out to prove you wrong… I just wanted to know how much snow they have had. I know they had some in August. But, I’ve also seen flurries in Northern Minnesota during July.

Going to the Sun road is one of those things you want to do NOW (as in ASAP). As park attendance continues to increase, the likelihood of it shutting down and going to bus only is fairly good. It’s a tough road to maintain and they have a limited window to do it in.

My understanding from stuff I heard on the inside, for places like Yellowstone, is that the reason they upped the fees so high is to try to reduce visitation and overall number of people in the park. They’ve just exceeded the carrying capacity.

I was up there for the eclipse and took a quick trip around the park with some friends who hadn’t been, and we saw virtually no wildlife. That was in stark contrast to just 6-7 years before where wildlife was everywhere. (Quick trip is relative - it’s a LONG ways to make the loop).

My impressions from my first trip were pretty strange. On the one hand, wow! On the other, sad, because it was like a giant petting zoo. A lot of wildlife harassment versus just observation. I can promise you that you don’t want to stand 10’ from a giant bull elk while the rut is on - yet people were.

Going to the no wildlife on the last trip, my understanding is that a lot of the wildlife has really pushed into the more isolated portions of the park.

I didn’t set out to prove you wrong… I just wanted to know how much snow they have had. I know they had some in August. But, I’ve also seen flurries in Northern Minnesota during July.

Especially if you’re on a motorcycle.

I went to Yellowstone about 5 years ago and LOVED it! So many bison, bears, eagles, elk! And all the different geological wonders.
I managed to miss Dinosaur National Monument though

so I’ll have to plan another trip out there.