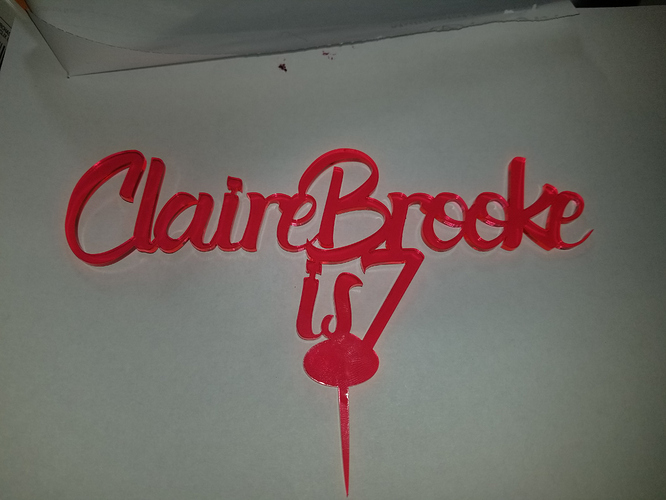 When Hubs had to get a cast on his foot a few months ago, he picked the hot pink color on the advice of our granddaughter. He was at the VA a few days later, riding up in the elevator with a couple of other old vets, and one of them gave him a sidelong look and said, kind of disparagingly, “pink cast, huh?” Hubs replied, “yeah, my granddaughter picked it out.” Every one of them instantly melted and said “awwwww!” and just like that, he went from weird to awesome.

Man cards gain value when you do girly stuff for your gkids.

Looks great! I found this color of acrylic to almost appear to be edge-lit on the cake. Loved that appearance!

Chuckle! That looks great! (And most definitely not!)

I’ll never lose my man-card. I made a nice little leather pouch for it with hearts and flowers on it.

I’d have chosen hot pink for myself.

I’d have chosen hot pink for myself

Yeah, I tell people it helps hide the bloodstains…of my victims. They usually shutup

Oh I have one and it’s irrevocable . (Submarine service) I just had to say that.

When Hubs had to get a cast on his foot

You folk certainly have had some foot issues, instead of needing folk to give a hand they need to give yall a foot

Had a buddy who bought the hot pink version of stuff just for the fact that most other men won’t steal it.

When I worked offshore, I used to wrap my tools in hot pink grip tape for the same reason. They always got returned.

Though I have to say, if a man is afraid of a color, he isn’t very manly in my eyes.