Art Badge (In need of a little help)

So I’ve been working on making a set of badges using a series of artistic animal pieces. I’ve just cut the first one, having designed it in illustrator and it’s come out pretty lovely, just the right dimensions for all the fixings. 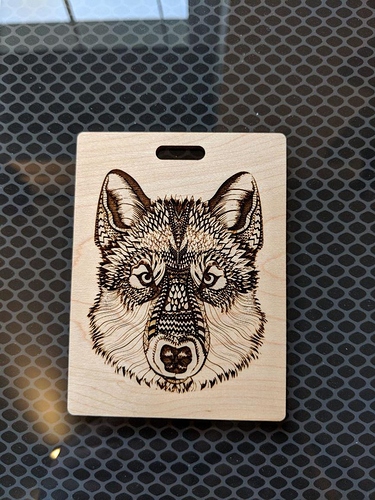 What I noticed however is that, on closer inspection there is some form of misalignment between the segments of the wolf’s head. 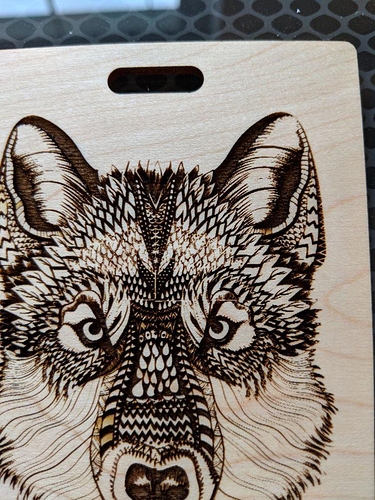 I had exported my svg from Illustrator straight into the glowforge UI and didn’t think to check it. But after looking again in more detail I can see that there is indeed something going on. 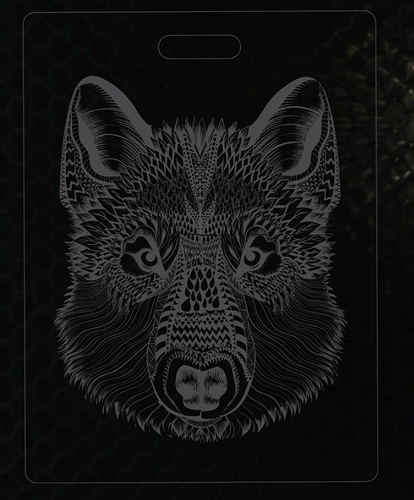 I went back and checked in the illustrator file however and this defect doesn’t appear. 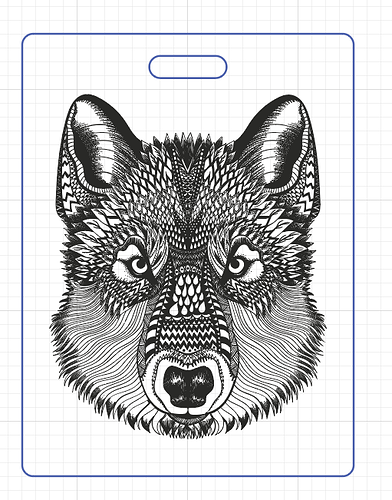 Does anyone have any thoughts as to what’s going on? I’ve uploaded the AI file and the svg here so someone can hopefully point out where I’ve gone wrong!

Without the actual ai file to scrutinise it’s hard to guess. The svg file has clearly divided into 4 segments that don’t line up even if you grab them and try lining up the shapes. Did the engrave take long?

I’ve attached the AI file at the bottom. The total cut was only about 13 minutes.

Looks like this was tiled in some way… I can see these segments really clearly in outline mode. 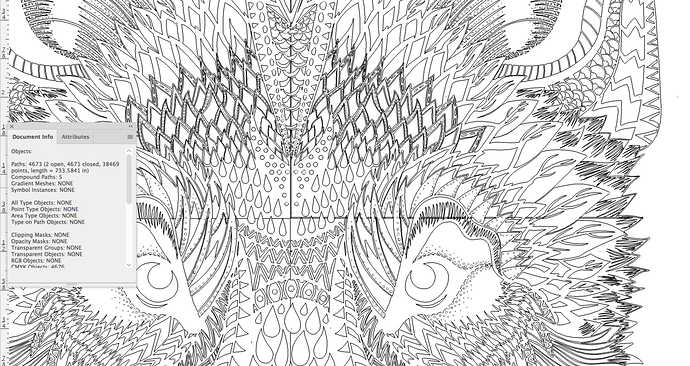 Yep, that pretty much proves it. Now I just need to work out how to export it into a usable format without losing the alignment. Which appears to be what happened in my last attempt.

The quickest and easiest way would be to make a copy and then rasterize the graphic aspect of the file at 600DPI (the copy is so you can hide it and keep an editable version).

Was that a cut or an engrave? You said it took about 13 minutes?

Ah yes. The ai is tiled. Looking at the line work, did you get ai to trace an image? It will work but you’ll have to manually fix all the lines where they are offset.
What jbmanning5 suggests would work but you’ll still need to fix your original.

It was an engrave, yes.

I didn’t do anything actually. I imported the svg of the art as it was sent to me, placed it into the badge design and then exported. My original doesn’t show any of the misalignment that seemingly developed when I exported the badge to the final svg.

Hopefully If I make a copy and rasterize the graphic section as @jbmanning5 suggests that will solve the issue for the next export.

Rasterizing it will basically give you a WYSIWIG. Designing for print is quite a bit different than designing for a laser (vector wise). The shortcuts don’t work so well. The files have to be precise. That’s not your fault; it was the file you were sent.

One thing ive noticed is that (even though it shouldn’t matter because it’s vector), when you save a svg out that is too “small”, illustrator sometimes messes up with the export.

Was your original image divided into those 4 sections?

Perfect, I’ll give that a go in a minute and see what comes out. All the more for me to learn!

It appears that it was. My fault for not fully checking the file before simply placing it and exporting it. I’ve learned my lesson now!

To clarify what I believe you’re seeing here - where the image is tiling, you have vector elements that overlap. The Glowforge does not like vector elements that overlap - it tends to knock them out. I suppose one of two things could happen - it could engrave them twice (which would be noticeable), or it can (and does) ignore/knockout the overlap (which is also noticeable).

I didn’t look over the whole file but I suspect there are other little areas that aren’t pixel perfect and overlap a bit. 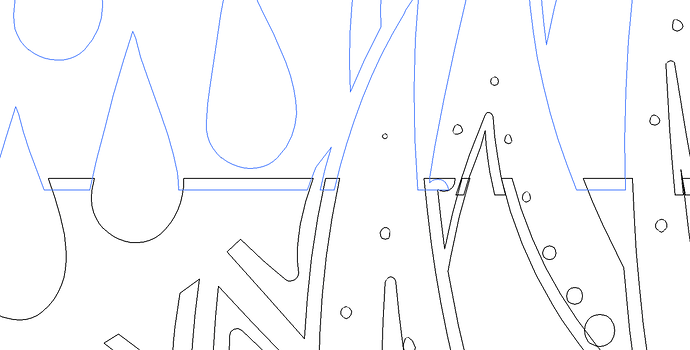 I was told by customer support the GF can’t do overlapping engraves. Maybe that’s the issue.

I dragged the upper right quadrant over a pinch, and ran a pathfinder>unite operation. Then I ran Object>path>simplify>98% to reduce the node count by almost half and fudge the edges where the quadrants didn’t quite match up.
Here is is on a leather coaster from JDS: 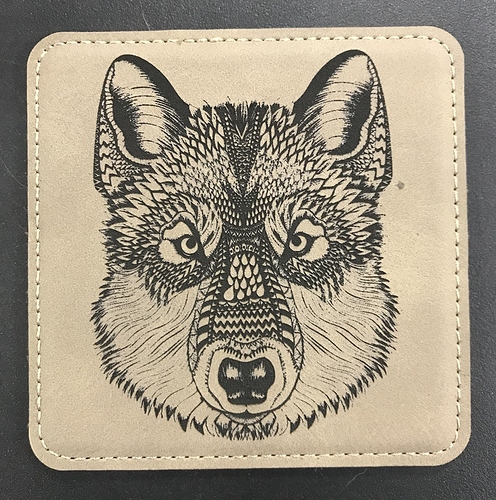 Thank you so much! Guess I need to crack on with the AI tutorials so that I can really make the most of it. Thank you again!

I would still rasterize. Since engraves are raster operations anyway, and we know the Glowforge software has trouble rendering SVG, my standard procedure now is to rasterize any engraves in Illustrator at 600dpi before exporting the SVG. Then I know exactly what it’s going to look like and GF doesn’t have to do any hard work like putting one pixel on top of another or understanding the difference between even and odd.

In general, rasters seem to be reliable, though there is still some confusion between transparent and white, so I make sure to tick the box for transparent backgrounds.