If the PCB’s were 15 mm less in each dimension, it would have been $115, but my goal is drop-in-replacement, so they had to match the existing GF control board size.

Could you just laser a frame to go around a standard sized board that would then drop into the GF? Probably could do something for less than the $7/per that the extra size cost you.

As long as the cables would still reach the connectors.

First born. Warts and all… 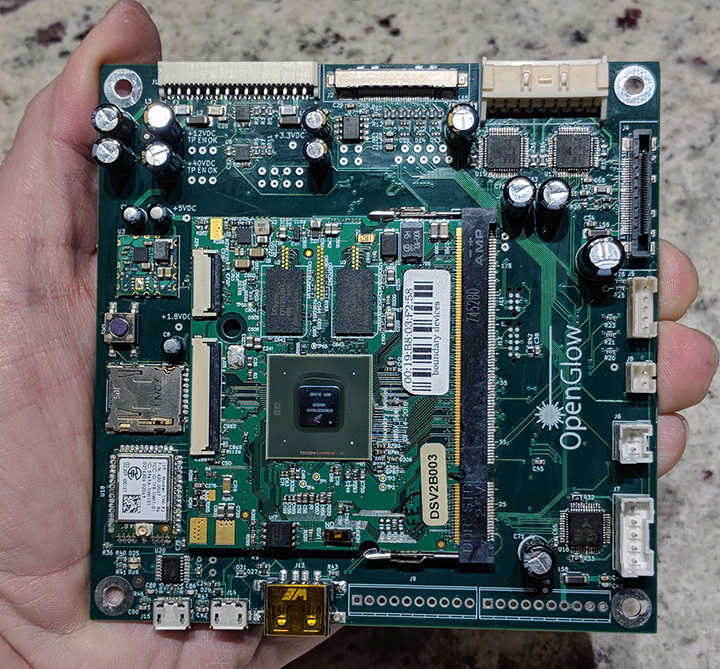 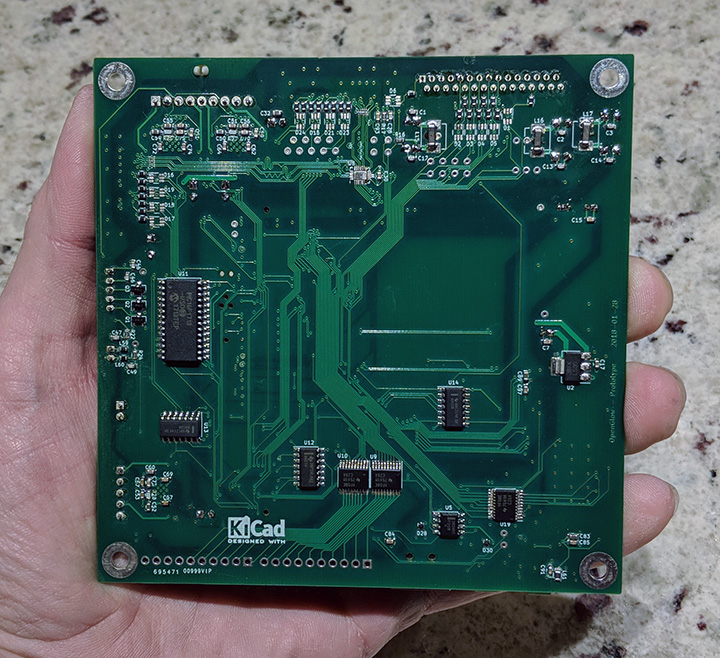 Kind of a shame to know I am going to pretty much destroy it.

@scott.wiederhold how are things looking with the tubes?
Are they as difficult for the average Joe to replace as Glowforge say?
What about their source? Are they a bespoke design?

Wow this looks like an impressive undertaking! Are you basically trying to get it to work with some sort of local software on your computer instead of being dependent on GF’s cloud? Or are there other things you will be attempting as well?

Always love to see cool projects like this! Just curious, where did you get your PCB’s made?

how are things looking with the tubes?

I haven’t removed mine, so I can’t comment on the overall process. I will say that it does not look like it can be removed/replaced without removing the top left and right covers. When @dan cautioned people to not disassemble their units because it would screw the alignment up, I asked about how that impacted tube replacement. I didn’t get an answer.

Are you basically trying to get it to work with some sort of local software on your computer instead of being dependent on GF’s cloud?

That’s one goal, though another is to allow it to be compatible and still work with GF’s cloud. It also could run it’s own web interface, like LaserWeb.

where did you get your PCB’s made?

This batch was from Seeed Studio’s Fusion PCB service. Next round, I’m going to give OSH Park a try.

What about their source? Are they a bespoke design?

Forgot to answer this - I do believe it is a bespoke design.

I do believe it is a bespoke design

I believe that to be true as well - it’s longer than a typical 40W tube but shorter than a 60W.

I found a few discussions that suggest they are custom made by Reci, but I can’t find anything officially confirming that.

hats off, the amount of knowledge and experience here is impressive…

I’m assuming that you can probably scratch build a co2 laser that will equal or surpass the GF for less money… are you doing this purely out of curiosity?
not that I’m in any way comparing myself to you, I’m not close to being in the same league, but I have spend too many hours building and improving 3d printers, many more than actually printing things I need: I enjoy the challenge of improving a machine and comparing upgrades etc. is that why you are dissecting the GF?

I read something outside this forum that said they were from a different manufacturer. I can’t remember the name or where I saw it.

are you doing this purely out of curiosity?

My motivations for most things are fame, fortune, and world dominance. None of which will likely come from this effort.

I’m not getting ahead of myself. If/when I get this control board functioning, I’ll happily claim I have the ability to at least build the control circuit. Baby steps.

Warning: don’t follow the link if you don’t want to see GF hate.

I found it again. A guy here https://sawmillcreek.org/showthread.php?238771-Glowforge-release&p=2725424#post2725424 says the tube is made by YongLi. I have no idea how he knows other than he seems to have some communication with them.

I wonder if that statement about the power supply being unstable is from before they tasked Neosen Energy (the current designer/manufacturer).

Your ‘OpenGlow’ project is very impressive! Good luck with it…

His comment dates from long after the PSU redesign but it might be old information. I don’t recall any PSU stability issues in production machines. There was the thing about doing cuts before engraves but I assumed that is tube temperature related rather than PSU.

WARNING: do not open that page if you are a hardcore GF fan! I opened the link and it felt like the first time I mistakenly clicked to an adult web site…
there are 100 pages of GF hating… hard to watch but hard to look away,

Yes it really isn’t liked much outside this forum. I.e. by people that haven’t bought one.

There was the thing about doing cuts before engraves but I assumed that is tube temperature related rather than PSU.

They’ve changed that since the first PRUs. Used to order the cuts first by default, now it orders them last after lots of feedback about users having to switch the order so the job wasn’t harmed by inadvertent movement because of cuts dropping material or blowing it around.

Originally, the power supply blew chunks, and had to be redesigned. Which of course screwed up beta-testing the hardware, and the software development.

That forum is a riot. all the little kids with their lists of “tools” in their tagline/signature line ROFLMAO… it took me four trips with a lift gate truck to get my shop moved to the new house. and I had to leave some tools behind to finish some projects at the house. and that doesn’t include my wood rack. I have to build a new one at the new place I wasn’t about to pile it up in the new garage.