Here is my first topic about the exhaust fan which I gladly removed.

I have a Pro version. I use machine for about 4-8 hours 5 days a week. I purchased a Glowforge in August 2020 and I never used the exhaust fan. First I purchased an inline fan because it was quitter but when the air was leaving the machine the exhaust fan were rotating, making a loud noise. After 4 month when I purchased a filter box the fan became even louder. I had to buy a filter because of the toxic fumes and smoke from cutting materials. Sometimes I work at night and I didn’t want to bother my neighbors, they actually never complained but who knows maybe they shy to tell me that I’m a d…

I didn’t find any videos how to unscrew the fan (I actually found one website were selling a kit with a video how to remove a fan on a Pro and other machines for $40, I don’t know if it’s legit) but found many topics of people struggling to remove the fan. I knew that I’m not that guy and didn’t even want to try. I can easily remove the glass part, removing all clips, but I know that to put everything back won’t be in the same condition. So I decided that to brake something is the easiest part.

Big thanks to @MechanicalGoose, I saw his comment and photos on this comment . He just broke the fan from outside and didn’t waste hours

I checked many topics but didn’t see anyone who mention this.

Since I’m out of warranty I didn’t want to wait. I just followed @MechanicalGoose advise and firstly I cut the metal frame outside the fan. After I used same tool (red one on a photo) and I cut fan’s blades, cut the wire and removed the fan. I knew that it’s not a big deal for this way, because I’m not gonna put the fan back anyway. Huge thanks to @eflyguy who shared a photo of fan’s wire. With a right hand I pushed the clip and with left hand I removed the wire from the machine.
All together it took me lass than 15 mins. I just tested my machine for a first cut and it works perfectly. Very quite! Much better smoke exhaust. 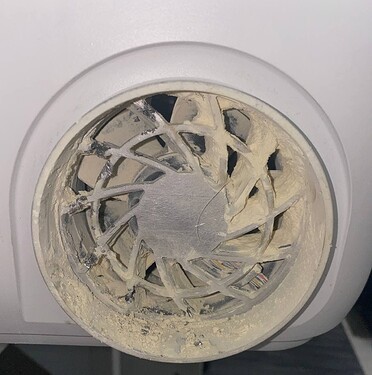 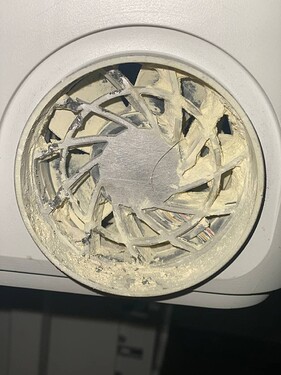 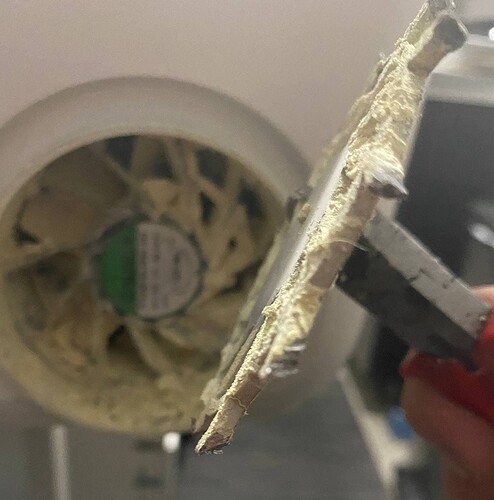 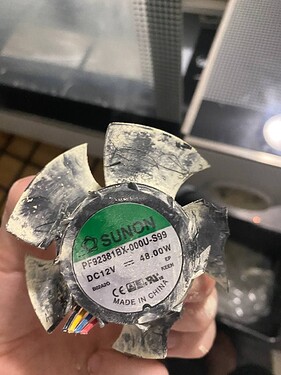 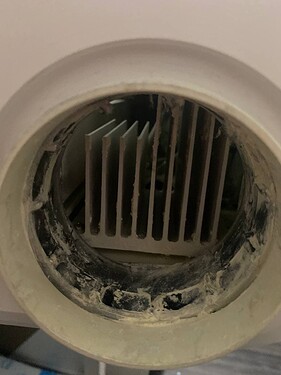 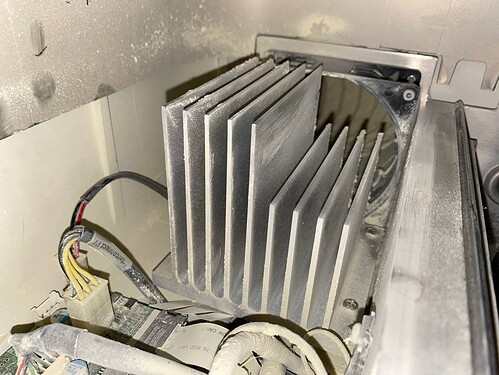 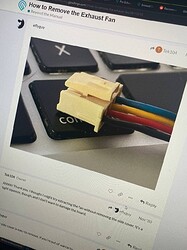 I have a question about that metal part. I heard it’s for cooling but I don’t see anything under it.
How does it work and do I really need it? I didn’t find any topic about it. If it’s not that important I will gladly remove it.

p.s. Guys do this type of removal at your own risk. I don’t recommend this method because you can damage your machine. And if you’re out of warranty you wouldn’t have it anymore after fan removal.

The metal part is the heat sink.

Google peltier cooler and that’ll show you how it works.

I am happy to see that GF has at least addressed this issue in some manner.
Your holes are huge.
Mine is 30 points to remove versus your 10. 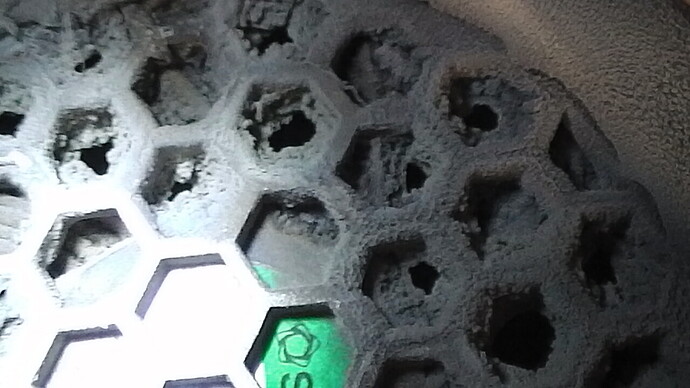 The first wall I ran into.
Without the grill and fan obstructing airflow, the evacuation and cooling are enhanced.

Keep it and the fan shroud. I read one post that said they help with the correct funneling of the airflow. And the heat sink has nothing to do with the fans.

ppy to see that GF has at least addressed this issue in some manner.
Your holes are huge.
Mine is 30 points to remove versus your 10.

I feel bad for you

Keep it and the fan shroud. I read one post that said they help with the correct funneling of the airflow. And the heat sink has nothing to do with the fans.

after I removed the fan and metal frame the fumes are leaving faster. Fan literally is blocking the smoke…

This intrigues me, as my forge seems to allow too many fumes out. I’m using an inline fan with a straight 3ft run to a window (taped very well), but I grow tired of my house smelling like a campfire.
I assumed the fumes come from the seams in the machine (door sides, front, back,etc…)…surely this could help? I’m out of warranty, is there any reason not to do this?
Or, any other suggestions on how to minimize smells?

Any tiny seam in the exhaust line will seep smell. As shown below, I used aluminum tape to totally encase the seams.
Next to look at is the grate and the inline fan itself, plus the flap action (if using one instead of a gate). Like the pictures above, they can become clogged.

When working correctly, the seams will be sucking air, not expelling it. A smoking incense stick or lighter at a seam should be drawn inward.
If not, and it is smelly, something is not up to spec. 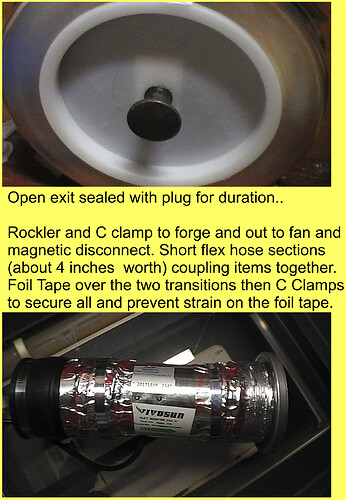 I’ve got my exhaust hose and in-line fan taped with aluminum tape but I still get smells, I’ve even changed my hose from the cheapo silver to the thicker black hose suggested by some. I’m thinking about re-vamping my current situation so that I am always vented outside (currently using a removable window piece before use)… may go to straight exhaust hose or (if possible) straight from glowforge>>inline fan >>window vent without hoses in between.
My glowforge/window is upstairs and I’m trying to to figure out the best possible way to insert a window vent situation that isn’t obnoxious to look at (wood/insulated foam sheets)- so that I can keep it ready to go without opening/closing the window all the time… but florida=hot and humid so that may not be a good option.

orrectly, the seams will be sucking air, not expell

the smell could leak back from outside through windows . Maybe you should tape windows. I had a plastic smell and toxins high level when I didn’t use filter, after I taped windows toxins level went down

Thanks @Brooklyn_pro for the shout out. Glad my work helped. In principle you did what I did. Only difference is that in case for some reason there was an issue with removing the fan later, I actually didn’t gut the stock fan. I bought a super cheap replacement that was the same physical size but didn’t have PWM control or speed sensing so it was only like $6. I gutted this one and retained the factory fan in a drawer if I ever needed it since it’s a more expensive fan to replace.

For others, if you don’t have a Pro with this finned cooler, this fan gutting step isn’t needed. It’s needed if you have the cooler to make sure the air leaving the case is forced through the cooler. If you remove it, a lot of the exhaust air will go around the cooler as the path of least resistance and limit the cooling capability of the system.

After seeing this I need to go check out my exhaust fan and make sure I do a quick cleaning!