Feeling "meh" about the design

So I’ve been working on this coaster design and I feel like it’s missing something, but I haven’t the foggiest idea what that something is. 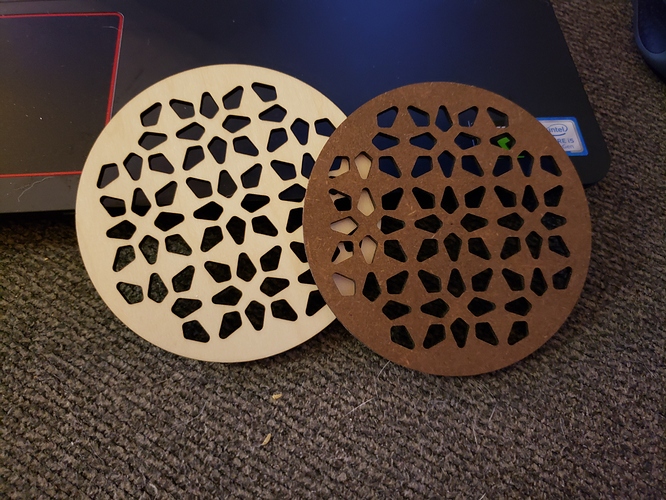 The one on the left is birchwood plywood and the one on the right is draftboard that I stained. Still seems flat - any suggestions?

Hmm a second layer behind it? You can put a nice color on it? Also, coasters generally shouldnt have holes, kinda defeats the purpose of catching condensation

I know, and I struggled with that while I was working on it, but there were a few designs I had seen that had cut outs on them so I couldn’t help but try

I think I’ll shrink it and make it into a pendant - put some colored acrylic behind it.

You could engrave the cutouts for texture. I like to add a score line near the edge of my designs, that tends to tie in whatever it is I’ve made. 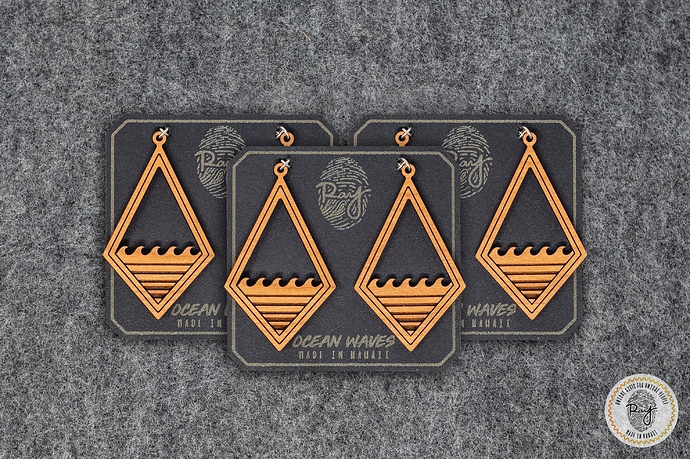 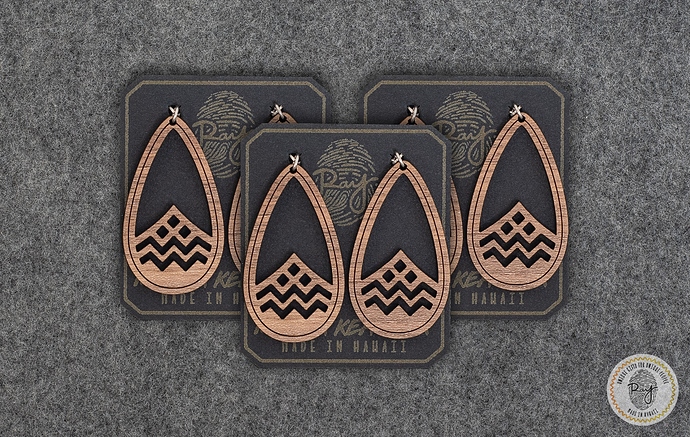 Here are a couple of earrings designs I’ve made where you can see the score line I mentioned.

Oh my gosh @raymondking32 I love these! I can totally see what you’re talking about - those scores make such a big difference.

I was totally going to say score lines, but you beat me to it.

Just make sure you don’t forget to change them to the score setting after uploading since they default to cut. I’ve lost some material to such a silly oversight!

One technique I sometimes use is to copy the design, name them xxxxx- part one and xxxxx- part two, and have part one be just the score lines (in this case) and part two be the cuts.

It’s easy to do in one and save, if course, but when you come back to you source files months from now, you may not remember to make the changes. Not saying it’s ever happened to me, but…

I was thinking score lines as well… and maybe score lines between the cutouts… an option might be to put a clear acrylic sold piece on top with the circular score on the acrylic rather than the wood. Another idea would be to cut the acrylic larger and cut acrylic rings and set the wood inside the rings and sandwich them. I hope that makes sense.

Late to the game, but that’s exactly what I was going to say.

FWIW, we have coasters with holes. I think it’s more of an issue in extremely humid environments.

What about doing a resin fill for the holes? You could do the same or different colors which would add an interesting contrast to the wood, and be more “coaster-ish”.

I’ve never actually played with resin before. I think I might try that, perhaps giving it a stained glass look.

@raymondking32, what material are these beautiful earings made of? They look like wood, but I would think solid wood would break. Is it veneer over something else?
Thanks in advance.

The top ones were the wood veneer/MDF material that Glowforge sells, medium Cherry Proofgrade, bottom were the same but with Walnut. I haven’t used hardwood in a design in a while because of what you mentioned, the MDF core of these offerings have held up rather decently for smaller stuff like this.

Engraving as part of the design. or perhaps more complexity? 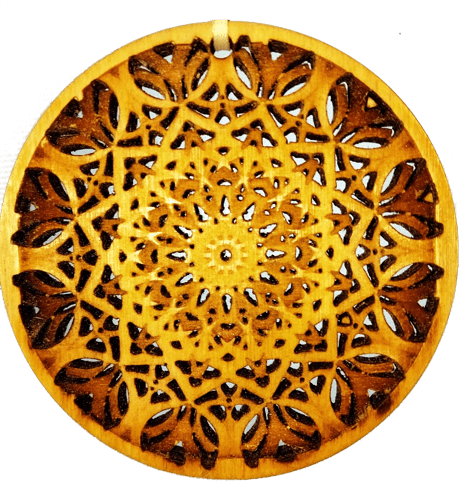 I think I have to agree with @raymondking32 and @geek2nurse, adding some simple score lines can drastically change the way the piece looks. I do like the look of the coaster design now, but, yeah, scores, maybe another layer like @evansd2 mentioned as well. Just experiment really. Only real way to see how something is going to look is to make it

how about gluing them to some cork? that will prevent water from going through the holes. also could paint them pretty colors?