First try at engraving a picture

So I uploaded a high def picture used for one of my trading cards to try and engrave it. I used red wood PG, and used the auto setting for this wood. I set the engrave to Photo. On my test samples I have done, Photo seems to be the lightest at engraving. Looks like I will have to give it another try with less power.

Anyone have any other suggestions? 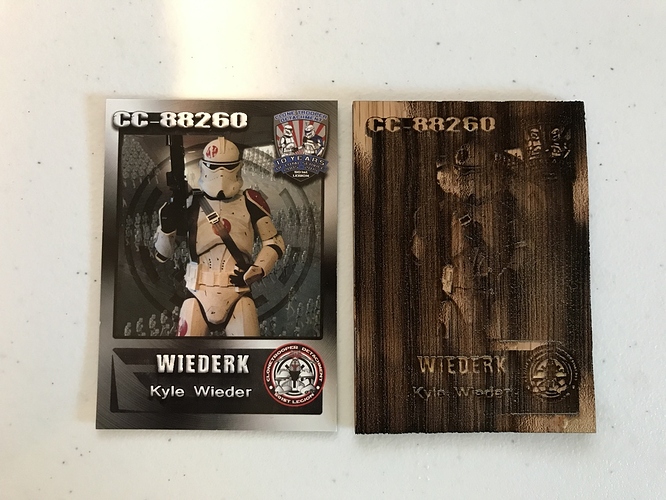 Try proofgrade maple ply. It works so much better for photos.

So plywood over hardwood. Thanks, I will give that a try next.

What @takitus said plus removing the mask seems to help.
Make it light with lots of contrast. Not everything translates well but the things that do are often stunning.

After everything else, you could try the video from the tutorial “Matrix” from here in the forums. Here’s a direct link to a video. It worked quite well for me with a dark photo.

Certainly converting it to BW/GREYSCALE is going to be a step in the right direction. The glowforge will read blacks as the deepest engrave, and then it will lighten up the closer to white you are. I’ve been doing a lot of testing by doing a smaller scale before going for the big image. I agree that the maple ply or maple hardwood is a good choice when doing photo engraves. I’ll be posting some more results of my latest engrave 8n the next few days, but I’ve previously posted about my wife’s image: [My beautiful, laser engraved wife]

You image is pretty dark without much contrast and it engraved as I would expect. It’ll look cool engraved once you make some adjustments.

Here’s another decent tutorial that shows a few techniques that might help.

So after a few smaller test pieces, I went for a full size one. I have used Gimp once or twice before and never liked it. I tried it again and still not that big of a fan of it, but I’m new to it so that could be the problem.

The photo shop video looks easier to use, and I have used elements a lot when I was younger, so we might have to buy photoshop.

Anyway here is what I came up with using gimp with the image above. I want to do the back of the card now and print it on the back of the wood. Also my cut was a bit off, so thats why it looks off. Was my fault.

I used PG Maple Plywood, and removed the protective layer before cutting. 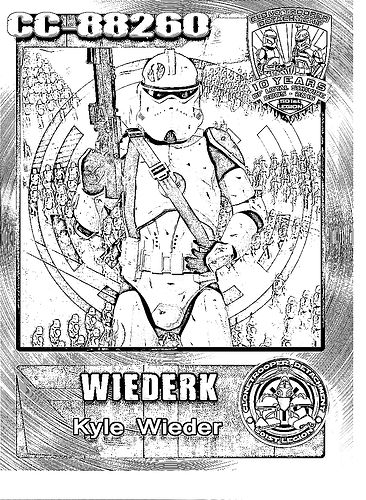 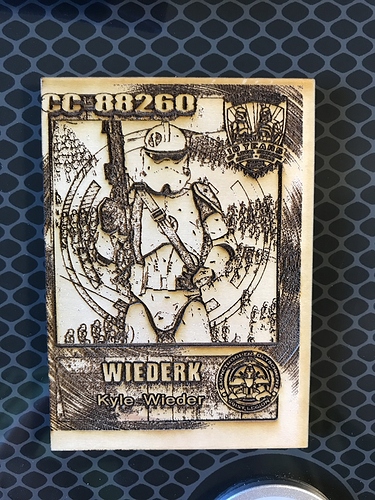