Okay, I was working on a large footprint project, trying to maximize the bed. I did a test dimension file to see how large of a space I really have available, then designed for that size.

Loaded my design and… it is too big. When testing I only tested with cut, not engrave. Oops.

Now that I have engrave up and tested, things should work, but didn’t. It seems that my space available changes with the engrave speed I have set.

Now, I could test and redesign for the size that matches the speed that works for this project. And the next, and the next…

But, is there anywhere with a table or a formula showing us the allowable working dimensions for various cut and engrave speeds, and any other factors which impact our available working area?

Not that I’ve seen, but that doesn’t mean it doesn’t exist.

Last published formulas were conversions when the speed and power changed to new units AFAIK.

Someone did a diagram of workable space per speed. It’s out there, but I’m not sure where. Someone will be able to find it if you can’t via search.

I’m only aware of Engrave or Cut and Speed as affecting the usable bed size. And it’s not a linear formula. They seem to adjust the horizontal size depending on speed bands. But to get you close…

In practice you may not be able to achieve these sizes, because it is extremely difficult to precisely nudge the maximum size in both directions using only the bed camera. Only the horizontal direction is affected by speed. If you have both a cut and an engrave, the bed will be restricted to the lower engrave size for everything.

Just a reminder to folks that if you engrave at those speeds you’re going to cut practically all the way through the material at Full Power, generate a hell of a lot of char and flame, and will likely need to clean the machine, so be sure to reduce the power along with the reduction in speed. (Wouldn’t hurt to defocus the engrave a bit either.)

Awesome breakdown. Help to at least know the minimum size.

Do you happen to know the left indent at minimum size? I was using a half inch, and that seemed to work, but I believe that was nearer to the 800 speed. Zooming in on the interface while set to 1000 speed full power engrave it looks like about 11/16" where the blockout ends. 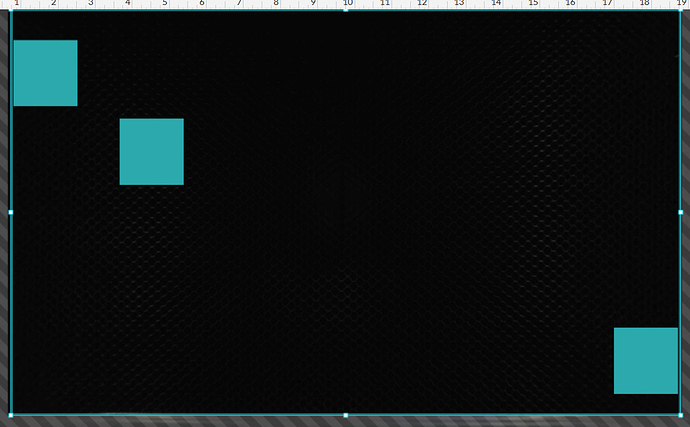 image.jpg1105×684 138 KB
There is a bit of room to spare on the left and right… but not much. Pretty happy with this as a default “Safest dimensions” for planning projects.

Annoyingly, the restricted engrave bounding size doesn’t come in to play unless you have engraves within a certain range of the edges. I initially just had the box in the middle, and with both enabled it would show cutting area as “cut mode” restrictions only.