Does anyone have any plans to integrate the Glowforge into their home automation system?

If so has anyone come up with a plan to sense when the Glowforge is in an on/off state or actually operating?

I’m thinking an early use could be an automatic blast gate for the vent. Maybe some disco mood lighting when cutting or engraving.

I like the idea of an automated blast gate. I hadn’t thought about it until you mentioned it. 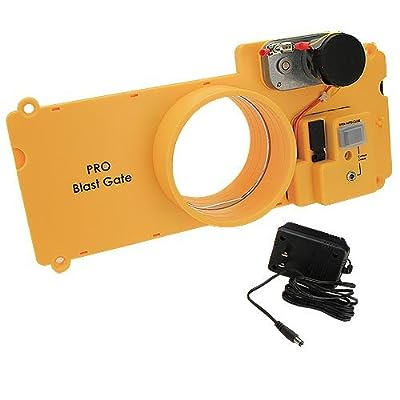 Automated Dust Control for your Health, Safety and Convenience. The iVAC Pro Blast Gate 04 NA is an electrically driven Automatic Blast gate. It is intended to be installed between the dust exhaust of ...

@iliketomakestuff can help you out there 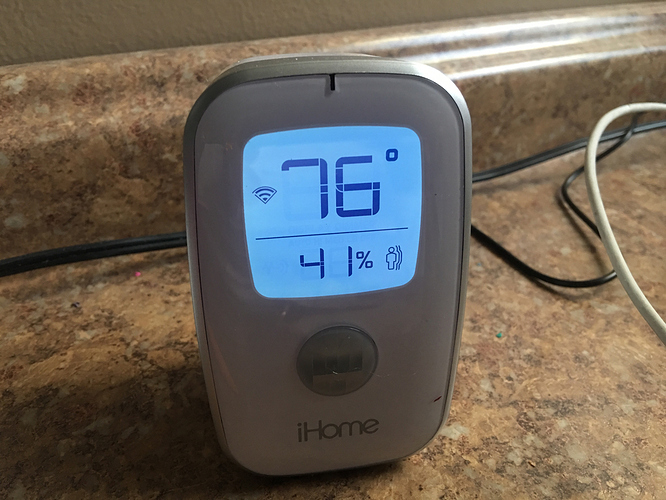 I was hoping to use this little sensor specifically for my Glowforge. It measures temperature, humidity, motion, sound, and light. The thing that will probably be the most useful will be the temperature ( I got the Basic

I really like the idea of being able to control a blast gate though. I think that I would need a different sensor… unless by some crazy chance this one fits tucked in the corner of my Glowforge. (its not very big) I can’t wait to see… Just need to get that Golden

@mad_macs - That blast gate looks really cool!
@jrnelson - Thanks! Checking out the vid now. Arduino is my fallback plan for a sensor. I’ve been wanting to do something with them at some point.

I believe @karaelena integrated it into his home automation.

How long should I leave the Glowforge on?

Same SOP. I fired it up at the beginning of the day and shut it down at the end. Via 'Alexa, Turn on the Glowforge' & 'Alexa, Turn off the Glowforge'. Start to cut is about 2~5 mins. Which is about the time it takes for either me or my wife to sit down and fire up the app of choice. I would leave it running if there was a time out/idle for the lid LEDs ( i.e. 15~20 mins with a WOL like function via the UI). At night the unit completely illuminates the office and the hallway and shines in und…

I’m hoping for some automated trigger. Like an e-mail sent to a configurable address when the print job is ready, and then when complete.

and then when complete

Not sure exactly which “complete” you’re talking about, but it is worth noting that GF/Lasers should not be left unattended while running.

Well, I’ve had some small fires in the K40, so I keep a pretty close eye on it when in operation.

I think I may be coming to the realization that the exhaust fan is on full throttle any time the Glowforge is on. That’s unfortunate. If it’s not actually cutting it would be nice if the fan was kept at only a speed required to cool the electronics/coolant.

So. I was thinking the blast gate would only need to be open when operating. One of the reasons to automate in my climate is the occasional -15F we run into. In that weather I wouldn’t want to open the gate unless necessary.

I think I may be coming to the realization that the exhaust fan is on full throttle any time the Glowforge is on.

I don’t think that is true. You can hear it power down at the end of a build on videos. People have even requested it run a bit longer to remove the fumes.

On this PRU the fans ramp up when the button is pushed to initiate a job, and ramp down about 5 seconds after cut/engrave finishes.

That’s how it is on my production GF too.

In our setup, we have multiple ‘gravity/flow’ based blast gates. One directly in the inlet in the wall. One after the booster and one on the exterior of the house. When the Glowforge fires up and with the boosters off (unsupported configuration by me or Glowforge) it’s able to open all the gates on its own power.

The day the Glowforge arrived it was 38F outside and it was 74F in the house. In fact, I did that install 3 months before that and just the raw gates and the hole in the wall I got no temp leakage inward or outward with the gates. (I used PVC from the wall to the crawl space with a ‘smooth’ 90, then a transition to an expandable hose with was heavily sealed with aluminum tape at every joint and kept the path as straight as possible to the exterior wall.)

The easiest way to detect if the Glowforge is active (to activate supporting devices like a booster) is via its power draw. In my case anything above 80W. I do have a hall effect sensor on the first gate in my early attempts to figure out how to detect with the GF is active. But ultimately I used power draw and use the hall effect as a backup (Been too lazy to pull all that stuff out.)

Depending on how configurable your HA software is you can create events when your sensors go high or low. i.e. having the booster run for another 45 secs after the power drops below 80W. Or blink lights at your desk lamp, trigger a verbal event on an Amazon echo(s) or a Google Home.

Interesting. My main exhaust fan powers down the instant the head stops moving. Used to stay on for 5 or 6 seconds afterward but no longer does. Allows residual smoke to enter the room. I reported it to Support weeks ago. Clearly a S/W or firmware change specific to my unit but since this is a Pre-Release it is what it is.

Impromptu demo of what I have setup.

Here’s an example of the UI. 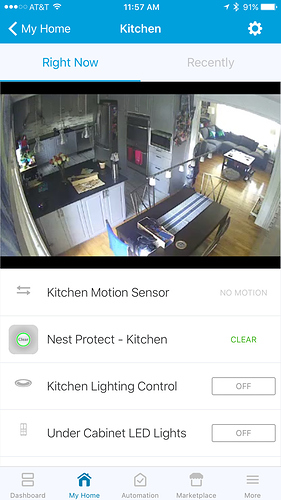 (Note: In my config. I have Alexa & Google Home only able to lock the doors and report the status (if the door is opened and unlocked or closed and unlocked) but not unlock. Last thing I need is some one shouting outside the house ‘ALEXA OPEN THE FRONT/DECK/GARAGE DOOR’ Heh.)

A common joke in my circle of friends. She responses with a joke.

I’ve found that anything to do with lights doing anything but turning on and off at certain times will drive you bananas after awhile. ;p

I guess that depends on how it’s configured. I have a lux meter on the deck that triggers at sunrise and sunset. Which places the house in different ‘modes’ When the level drops below the threshold it places the house in ‘night’ mode. Where it turns on all the outside lights and sets the interior lights to 70% and the motion sensors are more aggressive on turning lights off. A side example is if it’s dark and cloudy and the lux meter reading starts to drop but it’s during the day, the kitchen lights and the master bedroom lights will turn on (As is gets dark AF with no daylight coming in). Running in tandem with all that is the power usage meter. If at night the house is pulling more watts than normal (it compares to MTD and YTD) is starts shutting down things like the deck light (unless there is motion) is drops the interior lights to 50% and it turns off the path lighting. (great for things like charging a EV and running the dryer/oven. It tries to offset the overage to match ‘normal’ usage)

In the beginning (5 years ago) Yes. My wife hated the system as I was still learning. But now- We never have to touch a light switch or worry about leaving things on or unlocked.

My favorite feature is the garage. Due to last summer crazy heatwave in the area. It got in the upper 100F in there. I dropped in a window unit and used the contact sensors internal temp sensor to act as a ghetto thermostat. So this year it was nice and comfy in there. If the front or back garage door gets opened and stays open for more than 5 mins it shuts the window unit down. If the garage door gets open it shuts it down immediately.

Nothing feels more awesome than walking in the Garage and say, ‘Hey Google turn on Kyoujin’ then after everything comes up say, Hey Google, Tell Kyoujin to Home’ while I’m in the front of the garage sorting thru my materials.

HA is not for the impatient. It is kinda like a bonsai planet. But once you have it the way you want it. You can marvel over it.