Well, once that magnet shows in my screen, I will start playing with it. It will revolutionize templates, to be sure.

Well, I’m not that mathematically inclined but why, when my document was already set at 96 dpi, did the snap marks come in wrong…and when I reset my document to 72, they worked? I did set them to be the exact proper size and all is well, but were I to download them again directly, like I did the first time, if my document was set to 96, they would come in too small.

I was privilaged to recieve Snapmark on Friday for testing. I was like a little kid when I received the email and couldn’t wait to get home to start putting this to work. I first did the pencil jig but expanded it to fit 12 pencils. Added the text, uploaded, cut the jig out (ignored the text), put pencils in, ignoring everything else, hit the magnet and printed. It was perfection!! 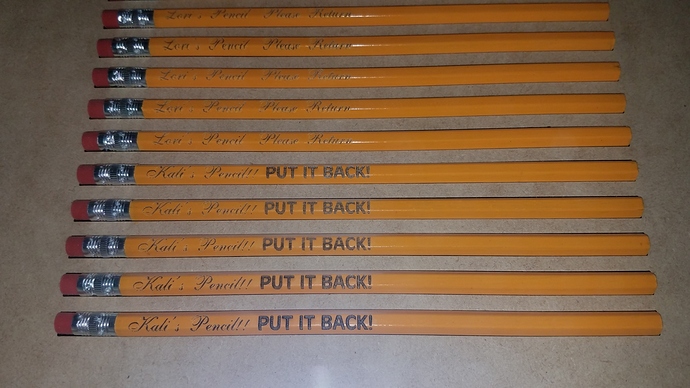 The next project was to redesign my beer cap jig. I had a problem many times with aligning the design to the jig, sometimes it would print off the side and other times too low.
Loaded it up and again… Perfection!! 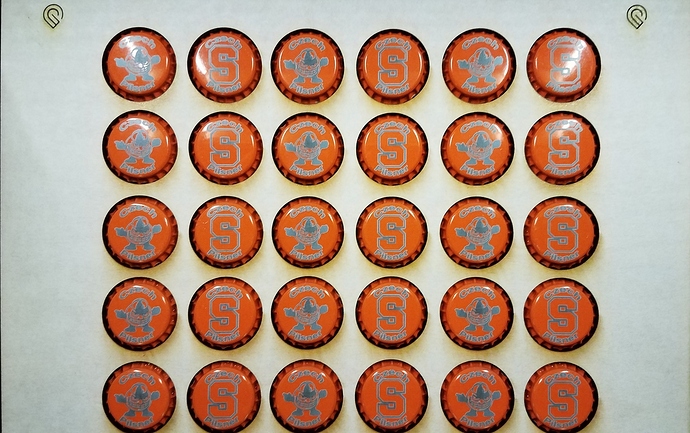 Cards will be the next project since it’s been very difficult to print them out and align perfectly.

The program is very simple and a god send!
Will post as I go along.

Well, I’m not that mathematically inclined but why, when my document was already set at 96 dpi, did the snap marks come in wrong…and when I reset my document to 72, they worked? I did set them to be the exact proper size and all is well, but were I to download them again directly, like I did the first time, if my document was set to 96, they would come in too small.

I’ve noticed this weird behavior with this in Affinity Designer lately too. I think they broke something with SVG import in the most recent update; it seems to always resize things to use 72 DPI when importing SVGs, but the exact behavior is hard to characterize.

It’s easy enough to fix after loading the file (just change the DPI to 96 with the “Objects will: Rescale” setting, but it’s a pain. I tend to do it once then save things out to PDF (or to AD format) so I don’t have to do it every time I load the file.

@bonny
Any thoughts on when Snapmark might get moved over to the forge that I have vs. the one I returned? I’m wonderfully anxious to give it a go!! My info is in the wiki that Jules got going above.

Hi folks! As Dan had mentioned above, this process depends on the calibration algorithm that runs and we don’t have manual control over which specific machine gets done first. I’m keeping track of Jules’ wiki (thanks @Jules for setting it up!) and adding those new machines whenever possible. If you haven’t gotten it on your new machine, it means it’s not ready yet. Thanks for being patient!

Thanks. I’m relieved to know it’s not ‘just me’. I did save the Snapmarks to a new document of their own in AD, with LPI set at 72, so I’ll always have a working file. Plus, if something weird happens, at least I now know how to fix it.

Well, I’m not that mathematically inclined but why, when my document was already set at 96 dpi, did the snap marks come in wrong…

Conversion factors and assumptions in code (both AD and the OS it’s running on.) Knowing the dpi only helps if you’re writing your own code. The question most people want to the answer to is, what setting should I use in my program? That can vary. And it is why the answer Jules provided is best: use whatever settings make your snapmarks this size.

Too bad there is not a way to know if our calibration is bad and we should give up hope. LOL. Been checking quite often to see if mine gets it as my wife buys pencils in bulk for her classroom as they seem to grow legs and walk off. Figured it’d be cool to label them! She’s since resorted to buying golf pencils.

Been checking quite often to see if mine gets it as my wife buys pencils in bulk for her classroom as they seem to grow legs and walk off.

I used @marmak3261 's pencil jig he did a year or two ago and made do with a poor man’s Snapmarks approach.

I put a targeting reticle in the upper left corner. When I cut the jig I also scored the target onto the jig. I also have my tray marked as to where the edges of the cuttable area are so I can drop the jig back pretty nearly where it was when last I used it.

Then with new batches of pencil I disable the engrave and do a very low power score (5 power) of the target crosshairs. I actually watch it as it does the score so I can see right away how close it is and pop the lid if it’s off. Then I do a Ctrl-A to select everything in the GFUI and use the arrow keys to click over and up/down to zero in. Resend the score and repeat if needed. Usually only takes a couple of tries.

Then I disable the score, enable the engraving and load up the pencils. I do 36 at a pass - usually do a couple of trays so she has plenty.

They still walk off my wife’s desk though. The two favorites are “Is this your pencil?” and “This pencil was stolen from Mrs Hatch’s desk”.

Hah! Yeah my wife teaches at a Catholic school too. I think the mini golf score card size ones have slowed down the migration a bit recently tho.

Having expeience with universal and epilog I thought I’d have a chance at physically aligning the damn thing for start of cut. I didn’t. I thought I’d have the ability to ACCURATELY use the camera for precision alignment. Not so much.

I bought a pro. I still don’t have a pro filter delivered here.

I think snapmarks is table stakes. I don’t have it in my UI. How do I get on the double secret beta list to use it? I’d love to do more inlaid work with this laser but have held off entirely due to lack of alignment without jumping through a lot of jig work when what I want to do is mainly one offs. This would be a game changer to have decent precision for exactly where a cut was going to happen.

I’m not Dan…but to address the latter part of your post;

Short answer: we’ll roll it out gradually. Some customers may not get it for a long time based on technical considerations, and we may cancel it before everyone gets to try it.

Long answer: Each Glowforge goes through a rigorous calibration process at the factory, where we take measurements of each major sensor system. To enable Snapmark on a machine, we process the calibration data through new server software so the Snapmark measurements can be made precisely.

We’ll roll Snapmark out to the easiest devices (Basic, Plus, or Pro) first. If all goes well, we’ll add progressively harder ones over time. The full process may take weeks or months to fully deploy (we’re still learning)! We may also decide to change plans and modify or remove the feature before we roll it out, so not everyone may have a chance to test the feature.

long version: like i said - the secret beta list that is folks chosen to have it. I read the update. I know what was described. What is described is a feature delivering on precision. What is described is a feature they are figuring out as they go. Dan believes it is more involved than the average user of his product is interested in getting based on his comments within this thread. It might or might not be available in the future to maybe some and not others or it might go away.

I’ll be clear - I don’t care about the specific implementation, I don’t care if snapmarks is “it” or not - but precision set of start or alignment are a thinkg that is lacking in the glowforge product make it hard to do one off small batches (kinda the promise of a laser in your garage) without investing way more time into jigs and fighting the inaccuracies of the product and working through it’s shortcomings - a) don’t have a complex set of drawings - i.e. you want to do 40 wooden nickles on a sheet in one pass? “too complex”. b) you want to do something and come back a day later and have a hope of cutting near the piece - better stick it in the center of the bed and even then it’s a rough guestimate wether the alignment is close enough for your project,… etc.

Don’t get me wrong - I love the things I’m creating with it - so in turn I love the glowforge and recommend them to others all the time - but it would be nice to remove these caveats - it’s possible to and I know Dan and team absolutely are working towards them with each new day and each new release of software, firmware, and any re-engineering they do for the product line to minimize cost, maximize repeatable precision, etc.

So if snapmarks get me closer to removing my precision caveat I get happy. if snapmarks get replaced with somethign else - then super awesome. Hell I would have been happy having an ability to use arrow keys and the visible red dot to align to a specific part of the burn that is alignment critical. Snapmarks go above and beyond what I’m hoping for. - I just want to play with them because I want to do more inlay work, and I want to do more engraving of my own physical products and I don’t trust the optical system because I’ve been burned before on it (yeah yeah - dad pun… I have a 13+17 year old so it comes too naturally).

Hoping to see snapmarks available for everyone (or honestly just me… but it sounds better if I say everyone, right?).

Hoping to see snapmarks available for everyone

That is where we are now. Just coming to the community one at a time. Yours should show up soon.

That is where we are now. Just coming to the community one at a time. Yours should show up soon.

Is it? Last I heard it was still considered an experimental feature that might get pulled or might cost extra once the testing phase is over. Was there an update I missed?

Down the road all of the above are possible but it is not being held as a closed beta. People are getting it as engineering processes there machines profiles.

I’ll chime in again. Please make this available soon. I have some projects I just stopped due to alignment issues that would be fixed with Snapmark. I also want to start getting this year’s Christmas cards started in October and I was hoping to use the Glowforge for them. Again, without Snapmark, it’s going to be more difficult with more waste due to inaccuracy. I know, be patient. It’s hard when you know there’s a possible fix for the issues you’re having and you’re just not “lucky” to have access to it. I check my email and UI every day hoping to see Snapmark. Sigh…