Did a projector mount that wasn’t designed for the replacement projector: 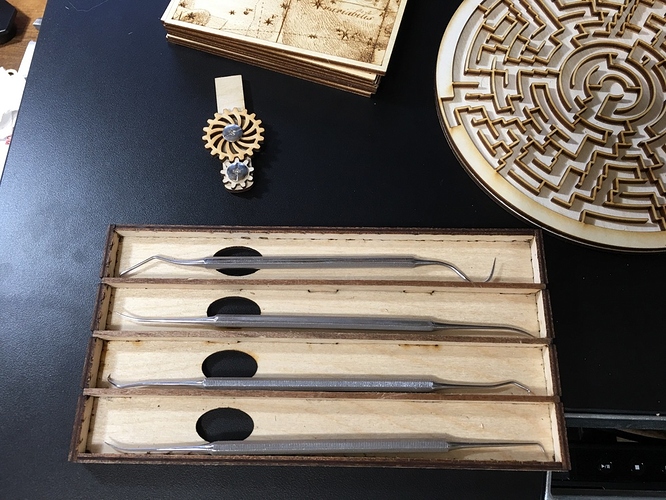 Ply tray, balsa dividers just to see how it would work. I wouldn’t recommend balsa, it’s super for this. If I redid this, I’d make the finger holes bigger, it’s still a bit tough to get the picks out. Learning experience!

I just made a hook that attaches to my monitor to hold my other pair of glasses. (I wear bifocals, but for the computer I have reading glasses so I don’t sit staring at the screen with my head tipped back. )

I know exactly what you’re talking about. Constant neck pain until I wised up and stopped using my glasses with the progressive lenses when at the computer.

Do house numbers count as practical? I think so, because they make it easier for the pizza guy to find us. 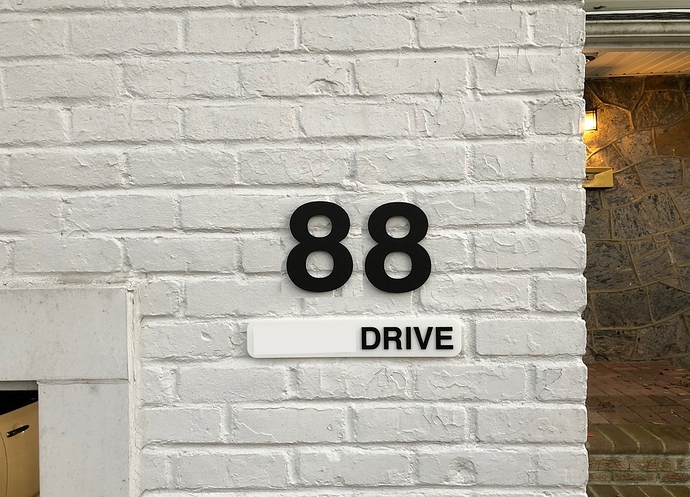 Definitely counts. Great font choice, do you know what it was offhand?

Great font choice, do you know what it was offhand?

Yes, of course. One does not simply choose a font, Helvetica chooses you. 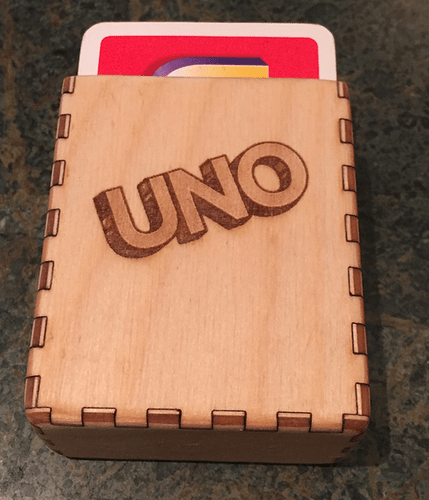 Nice rounding on the corners. Router, sander, or by hand? Tell us your secrets, we must know!

I knew it was perfect. Now I know why.

that’s very much on my to-do list. but may not happen until after xmas.

Thanks! The Uno box was made from 1/8" birch plywood and wood glue. I sanded the edges and corners then finished it with some boiled linseed oil. 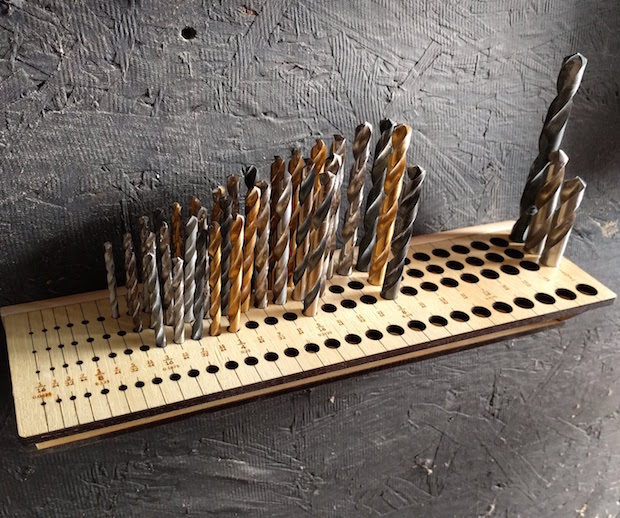 Drill bit organizer for the shop Made on a Glowforge

My first post on the forum, yay! I made something useful that I can share. Got the glowforge a few weeks ago and I’ve been enjoying it a lot. Keeping drill bits in tool chests was driving me crazy and I was inspired by this blog post. Of course, why would I drill all those holes if I can get a machine to do it. With some help with the wikipedia entry on drill bit sizes this is what I ended up making: [drill-bit-organizer-laser-cut4] [drill-bit-organizer-laser-cut2] Mind you it’s on some c…

Minimalist Ruler. Inspired by these $30 areaware glass rulers that I was lusting after. I used 1/8" proofgrade acrylic and did very light scores at 125/4 to minimize the risk of breaking along the score line and to get a finer mark.

Hard to take pictures of it but you might get a better idea from the SVG preview: 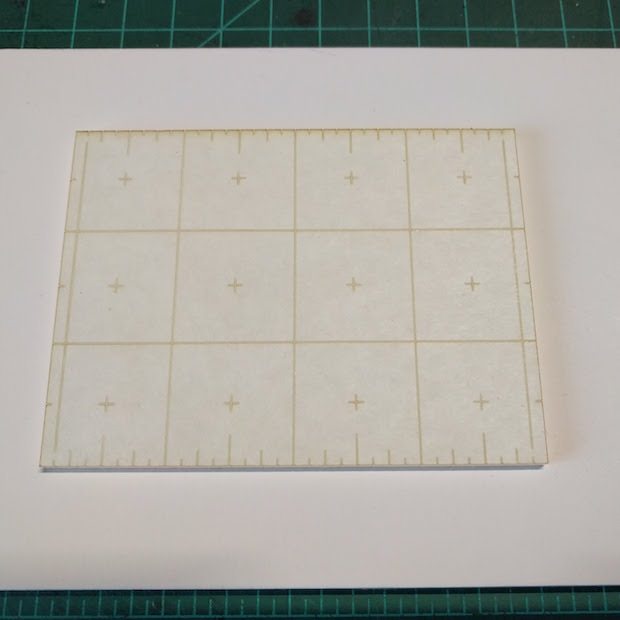 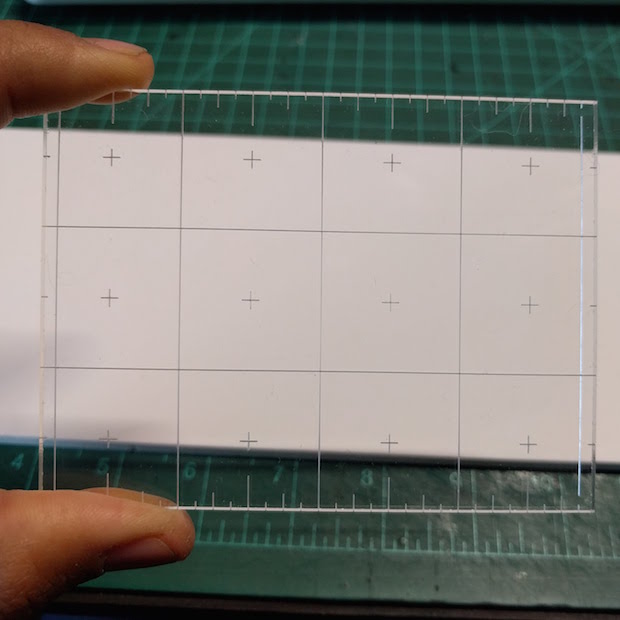 That’s pretty cool, but I have no idea how to use such a thing. Is there a niche use?

A Nespresso capsule holder… with a nerd touch. 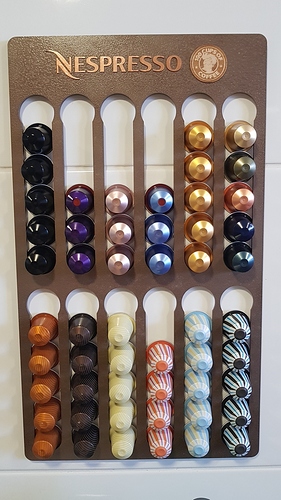 That’s awesome Rodrigo, I was wondering why we hadn’t seen any of your stuff yet!

Sorry, I’ve not had much time to play with Highlander, but I’ve done some stuff. I will post them soon

The first transparent ruler I saw was for marking seams on fabric for sewing. But you can also get similar rulers for drafting, like this one.

It’s really easy to draw margins with this kind of ruler because you just align the marks with the edge of the page and draw the line, like this: 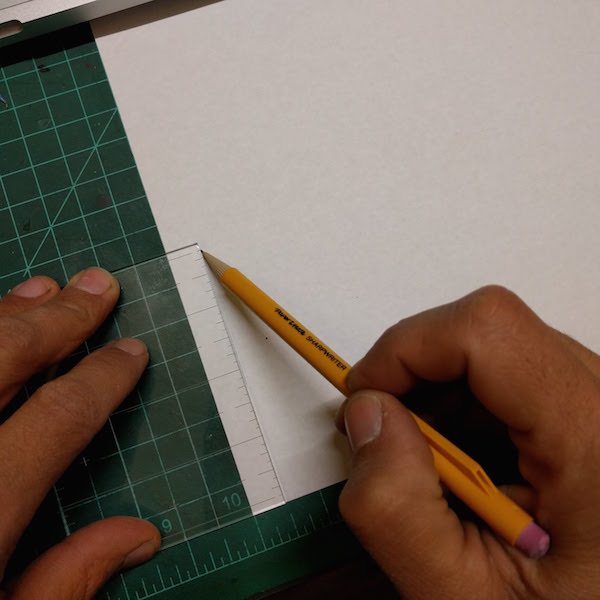 When drawing a lot of panels for comics a transparent ruler is nice too because you can easily size your rectangles and create consistent margins without measuring twice every time.

I also use it for tracing things. Like, in this case, I was trying to copy a feature of a takeout container so I put the ruler on top, took a picture with my phone: 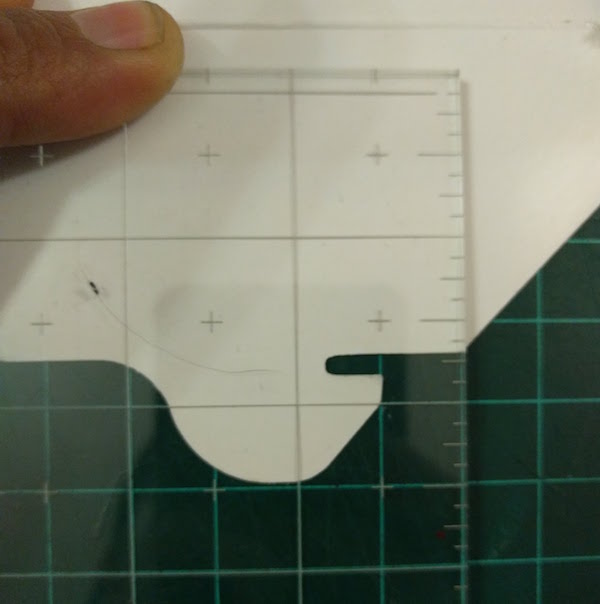 Then placed it in illustrator and sized it using a 1"x1" square as a reference.

So yeah, kind of niche, and very analog but a slight improvement over traditional rulers.

I draw a lot and I also grew up amidst my mother’s drafting supplies before architects had much access to CAD software, and I played a lot with her rulers, there were so many! Now I’m kind of enjoying that I can make my own, like this circle ruler I just cut: 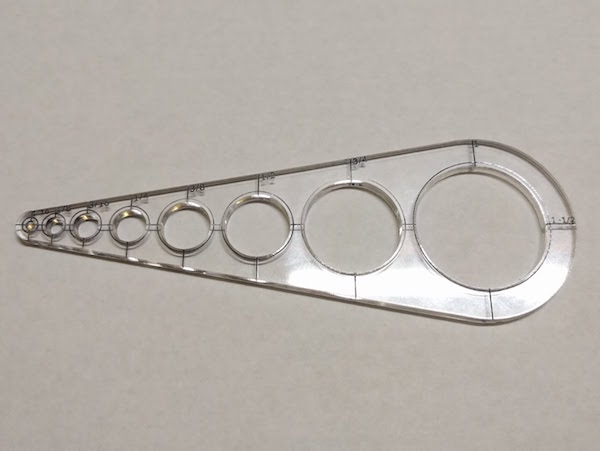 On a deeper level of the ruler rabbit hole, this is the next ruler I want to make, it is based on the Open Structures Grid, which is a set of design guidelines to create modular components. But the answer is getting long so I guess that’s a topic for another post