There is a very early post from Dan stating this was an original goal, auto-material calibration, but the actual details of implementing it are more complex than it sounds so it was abandoned.

ya i my described item is a major reason for my purchase. And I was more then a little disappointed to hear it was dropped my hope is it was only de prioritized then again… After that proofgrade was announced and setting up auto awesome would hurt that business model

I believe technology will come to the rescue of this desired feature in the future as new sensors are developed.

unfortunately new sensors means new product and not this product witch originally was advertised as doing so. Iso I am bitter about it and hope they get it working with software at some point and not hardware as they have already decided to go with the cameras and depth finder it should be sufficient adding the intel real sense cameras at this point its to late in the game

I do not believe that this was ever an announced intended feature. Because the entire reason Proofgrade exists is that materials can be visually indistinguishable, but have different cut/engrave parameters required for consistent appearance.

I am sure that Dan may have once said they thought OF that idea, but I doubt they gave it much more consideration than 5 minutes of “Gee, I wish it were possible”

Even with the Scio and other visual spectroscopy solutions, having the machine instantly know what power levels to use for any random material placed inside would be phenomenally difficult.

Some old inout on the matter:

Unfortunately, there's a reason that comment was only in the "back in time" segment and not in our crowdfunding campaign or anywhere else. We worked on the feature and could not get it to work well. We ultimately scrapped the plan and went with the...

That comment was about storing cut parameters uploaded by other users. Not about sensing materials and knowing automatically.

my comment was not about magically sensing materials it was about having a calibration run and then saving that off and enriching the cloud data with some type of selectable ok this is xyz and submit. And then save it for the world to use if a good description or for your own settings for your library of materials. But that calibration run is what proved to difficult to accomplish so it was abandoned or hopefully just back burner. Hopefully we get a push button calibration template to run on some scrap and we can take the caliper out and do things manually instead of having the camera do the measure. Anyway the small conspiracy part of me as well as lack of anything about materials managment makes me also think things like easy managment bring your own materials are being left out to drive proof grade and for byom we are going to have to have cheer sheets. Again that’s only parinoa due to lack of anything to indicate other wise

Yeah, the upload and share was scrapped. But save digitally for your own reference is still available (last I saw at least).

ya that’s unfortunate being the cloud and all the big data analytics are huge. I have a high degree of certainty that would would start to see pattern’s emerge for material settings

@dan is it public knowledge what dimensions the Proofgrade will come in? I’m doing a bunch of designs and knowing this will help determine how i go about these designs. I’ve been assuming the full bed size or 12x20 but confirmation would help. (as a bonus knowing what thickness they are would also help.

We haven’t locked down sizes for some critical materials yet because we could charge much less if we decide to cut them a little smaller (because we’d have much less waste). That means more square inches of material in your materials pack, too. If you design for 10x18 you will be fine; TBD where we wind up.

Could you also sell the waste products with the proofgrade paper on it? That way you could have 2 or 3 sizes of each product offered.

I would buy a grab bag of “waste” Proofgrade material.

How small a waste strip would still be useful? Probably anything down to inlay strip, although positioning might be a bear. (That’s sort of an interesting question for general use too – when I’m planning cuts on a piece of wood, for example, I always leave room for slop and possibly sanding, and enough to hold the piece without my fingers or the clamps getting too near the blade/bit. And pieces have to be big enough not to break while cutting. With a laser, those constraints are pretty much gone, except maybe a little bit of sanding for the char if you want to get rid of it for the materials where that’s an issue.

I think he is talking about how material break down works in a cut plan a 4x8 plywood doesn’t break down to 12x20 with out 15% (just picking a number) or so waste but a 10x18 does break down from a 4x8 with less waste. ill do a cut lay out it a bit playing some WOW atm 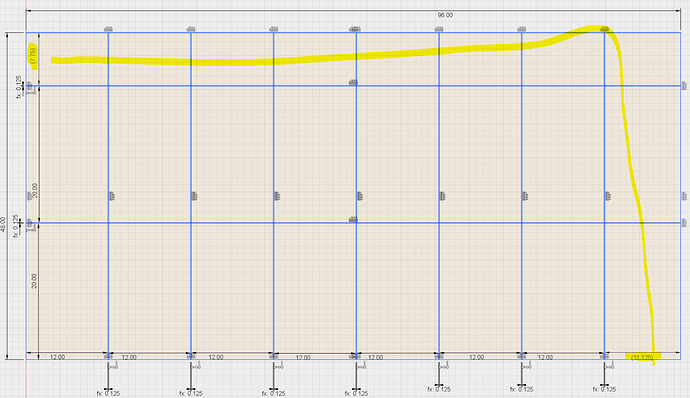 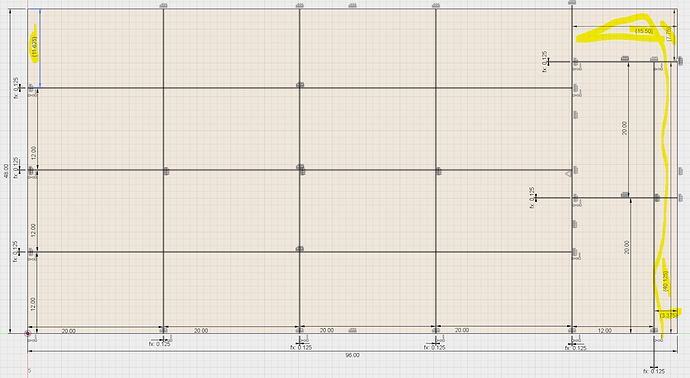 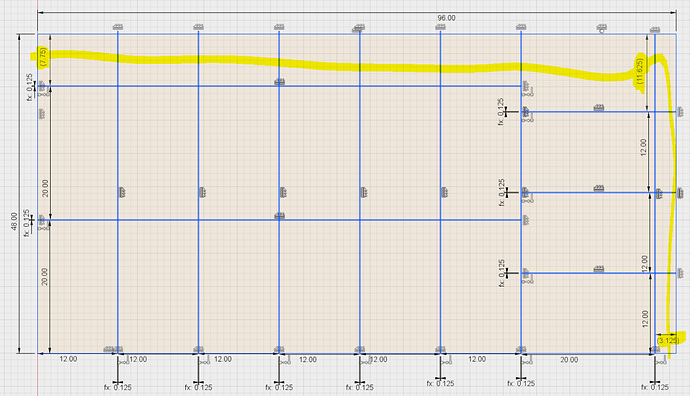 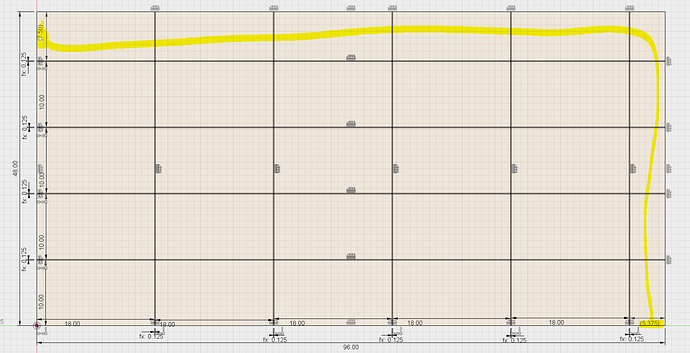 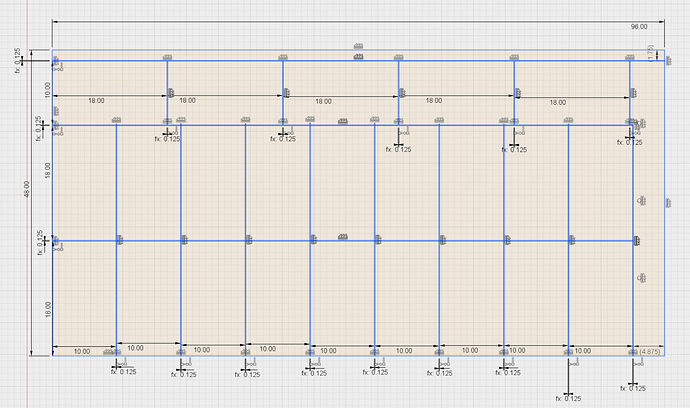 That’s why most wood is actually nominally sized (drying also causes shrinkage but for laser materials like Baltimore Birch ply it’s the kerf). I buy a lot of 12x12" that’s really 11 3/4 square. The manufactured size of a sheet of BB ply is 60x60" and anything smaller suffers kerf loss.