3.6 Roentgen, not great, not terrible

So Made a 3D -printed version of Chernobyl reactor 4 after seeing the HBO series. It needed a base, so while I could have 3D printed it, I didn’t want to wait, so, Glowforge.

maple, default settings. I scored some lines for the CA glue to stick to. For some reason my outline which is scored, didn’t match the CAD model. For those curious, it’s prusament gentleman’s gray PLA on my mk3. After I was done I realized I needed to modify the model for s blue LED under the shattered reactor. The model is free from MyMiniFActory.com. The font is a “Russian” font from Dafont.com. 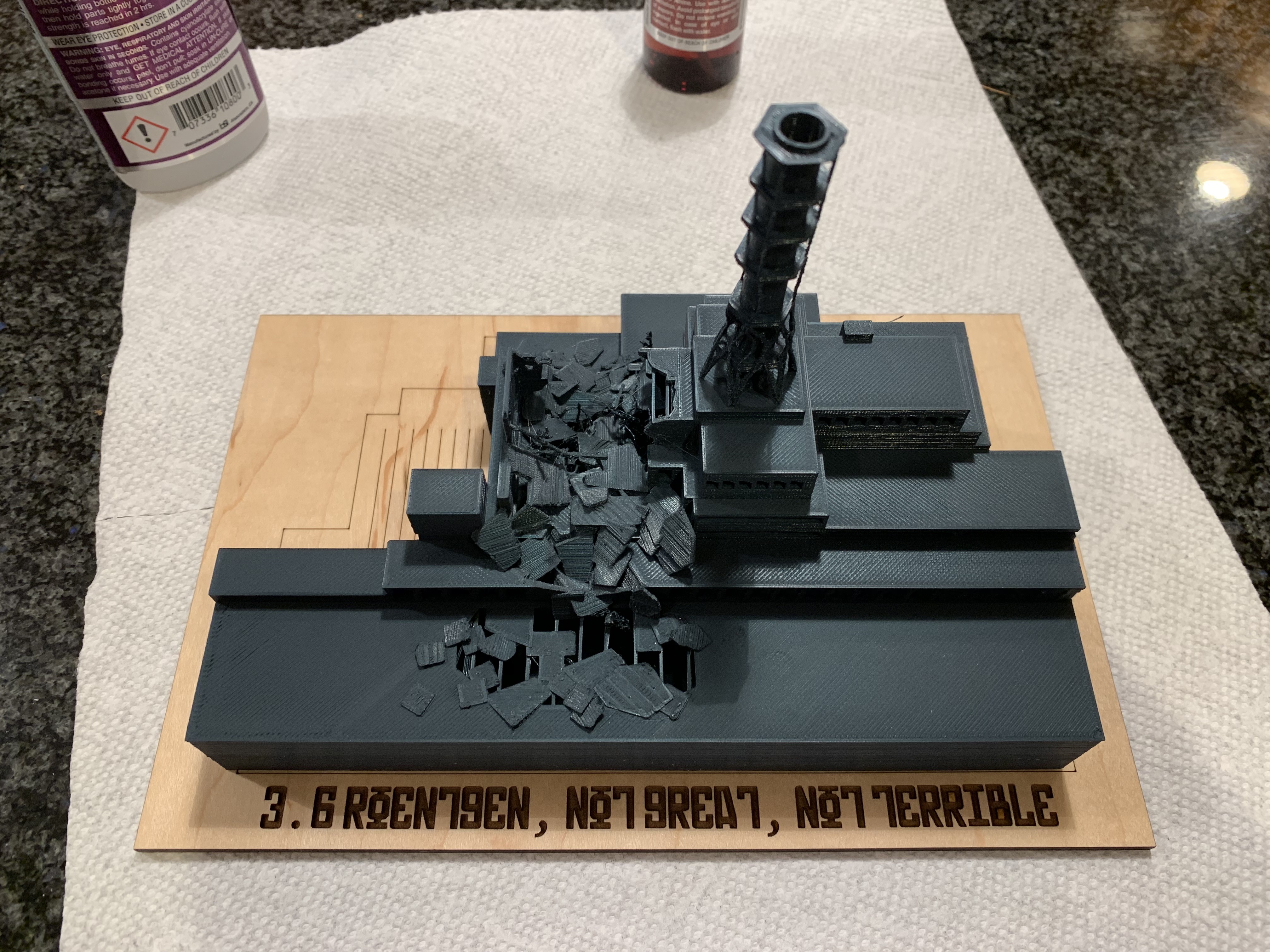 You should have embedded a few busted up smoke detector sensors in the model for some radioactive authenticity.

Would like to see it at a lower angle. The base looks great but I can’t really see enough of the model to appreciate that.

Nice soft blue LED for the visible radiation theme is critical.
While watching the series I imagined an interesting conversation that may have occurred.

“I saw the radiation.”
“No way, Comrade. You cannot SEE radiation.”
“Yesterday you could not. Today you can.”

Would like to see it at a lower angle. The base looks great but I can’t really see enough of the model to appreciate that.

Neat! That “Russian” font is pretty cool too.

That’s cool. The Chernobyl series gave me nightmares. Every single thing about it was horrifying.