Made this frame out of the old floor we pulled out of our house which is over 300 years old. Also wanted to reinforce the miters with bow ties so I used the shaper origin to cut the pockets then cut out the bow ties on the glowforge. The ties are red oak and I think the frame is pine. 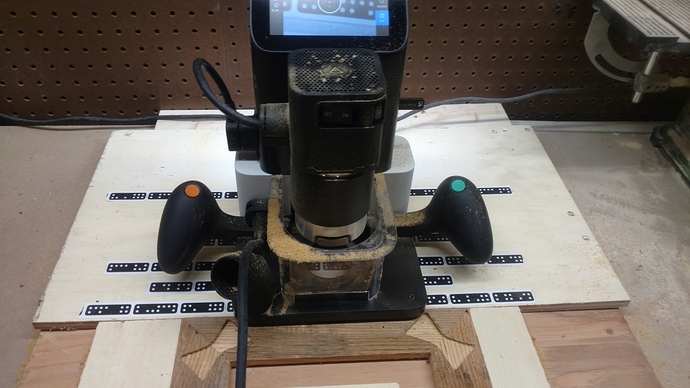 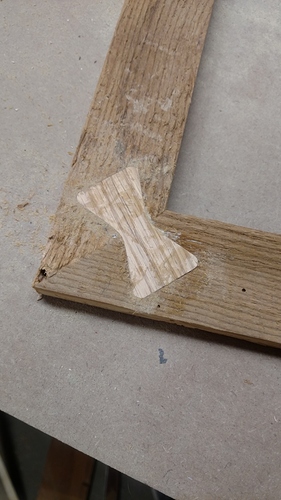 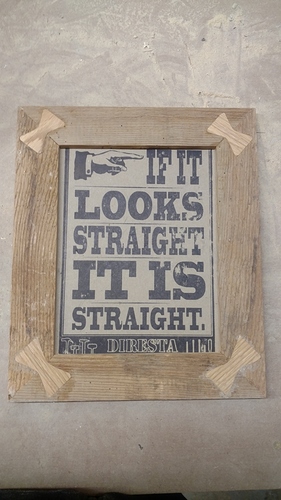 Heres a video I shot making it if anyones interested!
https://www.youtube.com/watch?v=NNIWVhq3scE&index=1&list=LLk0yRG-NLVBlZr57jhQZ_DA&t=157s

Very cool! Love the reused wood. That is quite the fancy router setup!

Very nicely done both the project and the vid. I’ve had very little chance to play with my SO but did some today. I am loving V2 of the firmware and that it uses SVG like the

so one file can easily have parts cut on either.

I like Diresta’s sign too. I was watching his printing press videos not to long ago because I was thinking that’s be another fun tool to tinker with, but then I remembered that I’ve got a problem with stacking up stuff that I make one at a time, I’d be in real trouble with a tool that makes stacks of stuff that fast (even a slow ancient press).

@brent_bousquet6, regarding the SO. I ordered one… the pattern tape doesn’t have to be under what you’re cutting? I’m definitely going to have to quit my job when this arrives. Using the GF and the SO together is genius!

It does because you have to map the whole work area before you can place your cut lines. Honestly its just best to put down as much tape as you can, it gets mad if you don’t use enough. I would deffinetly say the tape is the most annoying part of that thing and I really wish they could figure out a way to not have to use it.

He’s awesome! He actually gave me this one the last time I was at his house because it didn’t print right and I got him to sign the back for me.