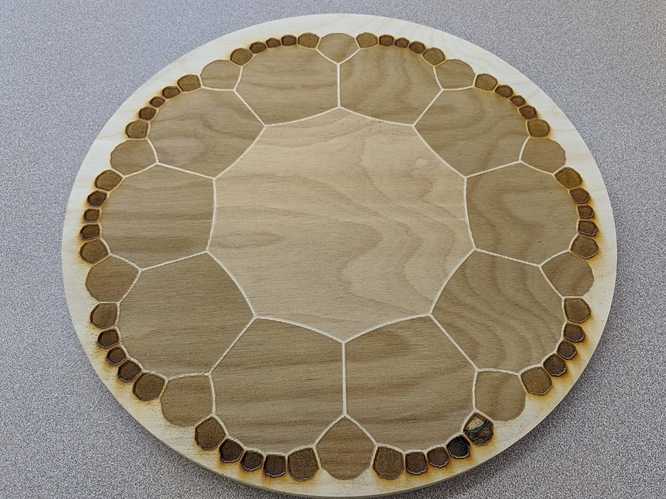 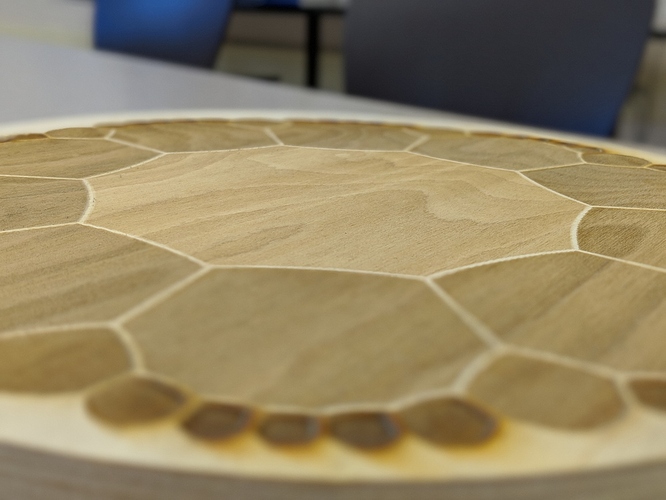 Pretty! Would make a nice clock, if there were 12 sections instead of 10.

Pretty! Would make a nice clock, if there were 12 sections instead of 10. 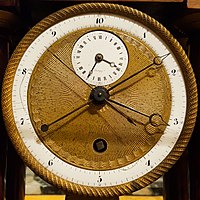 Decimal time is the representation of the time of day using units which are decimally related. This term is often used specifically to refer to the time system used in France for a few years beginning in 1792 during the French Revolution, which divided the day into 10 decimal hours, each decimal hour into 100 decimal minutes and each decimal minute into 100 decimal seconds, as opposed to the more familiar UTC time standard, which divides the day into 24 hours, each hour into 60 minutes and each m...

Thank you! I was less than pleased that in the last 10 minutes of a 3+ hour engraving, the laser hit a knot just right and knocked a chunk out of one of the sections.

I already have to use both Imperial and metric measurements, Fahrenheit and Celsius temperatures, and standard and military (also used for medical charting) time. I refuse to try to learn yet another system.

Reminds me of a steel drum.

I worked for years from 7:18 AM until 3:48 PM and we always recorded our time to the nearest tenth of an hour.

Better than the Japanese that just divided the daylight into a fixed number of hours and had to adjust the clock speed every day to account for it. I have seen some of the antique clocks that had a scale on the pendulum so you adjusted the distance of the weight to the rotation point.

Reminds me of a steel drum.

it would be most interesting use of a Glowforge to make a magic fingered one in oak plywood. I have been doing some experimenting in that area, and the oak plywood is especially resonant and loud.

Some of the things they do just baffle Western minds.

They number their houses as they’re built, and name neighborhoods rather than streets, so trying to find a particular address you need to get to is a special kind of fun!

Nice! For some reason it reminded me of naked footprints, except there are too many little toes…